A critical look into Faulkner’s The Sound and the Fury

The Sound and the Fury

As you might know, from a literal standpoint, The Sound and the Fury is a tale about the demise of the Compson family. It spends a lot of time unpacking the relationships between Caddy Compson and her siblings along with the clashing values between the Compson children and their parents. It takes place over a period of only two days in the present but recounts various events from the Compson family’s past.

The characters in the novel experience time as nonlinear, even circular. The narration often jumps years into the past before emerging back into the present without warning or clear transitions. In the first chapter, for example, Benjy, the youngest Compson sibling, has no sense of time. His interactions with others as an adult in the present launch him years into the past to relive related memories and with no visual indication of shifts in time.

It’s hard to pinpoint exactly where and when his narration is taking place. However, his chapter became oddly satisfying to read. It’s a puzzle to solve that requires you to pick out various context clues to determine what he’s talking about. For example, when Benjy walks around with Luster, the son of their family servant, he’s in the present. Nevertheless, when he is watching the fire with his sister, he is a child again.

In addition, Benjy has a mental disability, which translates interestingly into reliability as a narrator. He recalls and relives events with a child’s naivety, which renders his narration free from emotional biases. Benjy’s objectivity is contrasted to the subjectivity of the next narrator, Quentin Compson, who is unashamedly my favorite chapter and character in the book.

Quentin’s tale focuses on his protectiveness of Caddy and subsequent mortification when faced with her sexual promiscuity and his father’s assertions that “purity is a negative state.” Lamenting his loss of Caddy, Quentin becomes obsessed with time and suffering, but is unable to continue existing in a universe that seems to align with his father’s nihilistic beliefs.

This chapter, during which we spend a day with Quentin’s thoughts and memories before he commits suicide by jumping in the Charles River, is when I fell in love with Faulkner’s stream-of-consciousness writing style. He uses so many sharp phrases when detailing the memories that plague the eldest brother, commenting on time, grief and passion.

One of my favorites is “...a man is the sum of his misfortunes. One day you’d think misfortune would get tired, but then time is your misfortune.” For me, the essence of Quentin’s chapter is encompassed in the beauty of Faulkner’s writing. Towards the end, Faulkner’s rapidly disintegrating sentence structure mirrors Quentin’s unraveling mental state. This is where his thoughts ring the most true.

Just look at the prose’s fleeting structure here, which shows how entrenched Quentin is in his despair.

“And he it is hard believing to think that a love or a sorrow is a bond purchased without design and which matures willy-nilly and is recalled without warning... and i temporary and he was the saddest word of all there is nothing else in the world its not despair until time its not even time until it was.”

After Quentin, we hear from Jason Compson, the angry second-oldest brother and head of the household, whose financial future crumbles. We finally hear from Dilsey, the family servant who has essentially replaced the ineffectual Mrs. Compson as the children’s mother figure. Unlike the other characters, Dilsey’s chapter is told with an omniscient perspective. Furthermore, ending with her perspective gives the book a bittersweet conclusion, since she uses religion to guide her family towards the future with hope. It follows the flow of time and contrasts vividly with the Compson family’s self-destruction and unwillingness to separate themselves from the past.

In essence, Faulkner develops the book around the pitfalls of  desiring to manipulate time and ends it with a character who accepts and surrenders to her place in time, one who makes it out alive and well.

Though each chapter and character has its own merits, I find myself focusing more on Faulkner’s writing style for my interpretation. Faulkner said about his novel:

“Caddy was still to me too beautiful and too moving to reduce her to telling what was going on, that it would be more passionate to see her through somebody else’s eyes,” explaining why he needs four different points of view to tell one story.

The details are vital to my understanding of the significance of the book. The detail Faulkner gives to each one of Quentin’s thoughts, the total absence of Caddy’s own narration and Benjy’s inability to refrain from living in the past are all factors that point me toward the idea of the individuality of suffering and the futility (“the sound and the fury,” in other words) in trying to avoid that suffering.

To me, it is impossible to condense the book’s elements, merits and possible meanings into a single reason why I love it — but if I had chosen to read it purely seeking to understand the chronological order of events or had given up trying to wrangle with Faulkner’s innovative and experimental use of perspective and narrative style, then much of what I found enjoyable about the book would’ve been lost.

In the end, there’s so much going on in the book worth mentioning, and I know I’ve left out a lot. I’ve read so many different literary criticisms on Faulkner and The Sound and the Fury and each one points out elements and interpretations

I never would’ve thought about on my own. Each makes me appreciate this book and this author more and make me want to contribute my own voice to the mix. I would’ve been ready to devote this column to discussing anything and everything Faulkner, but for practicality’s (and sanity’s) sake, I figured it might be more prudent to write about my favorite pieces of literature in general, what they mean to me and why I think you should read them too. Rest assured, though: I will be back with more Faulkner. Even though his writing is not easy to read, the whole point of reading is to, “Wonder. Go on and wonder.” Faulkner certainly makes you do that. 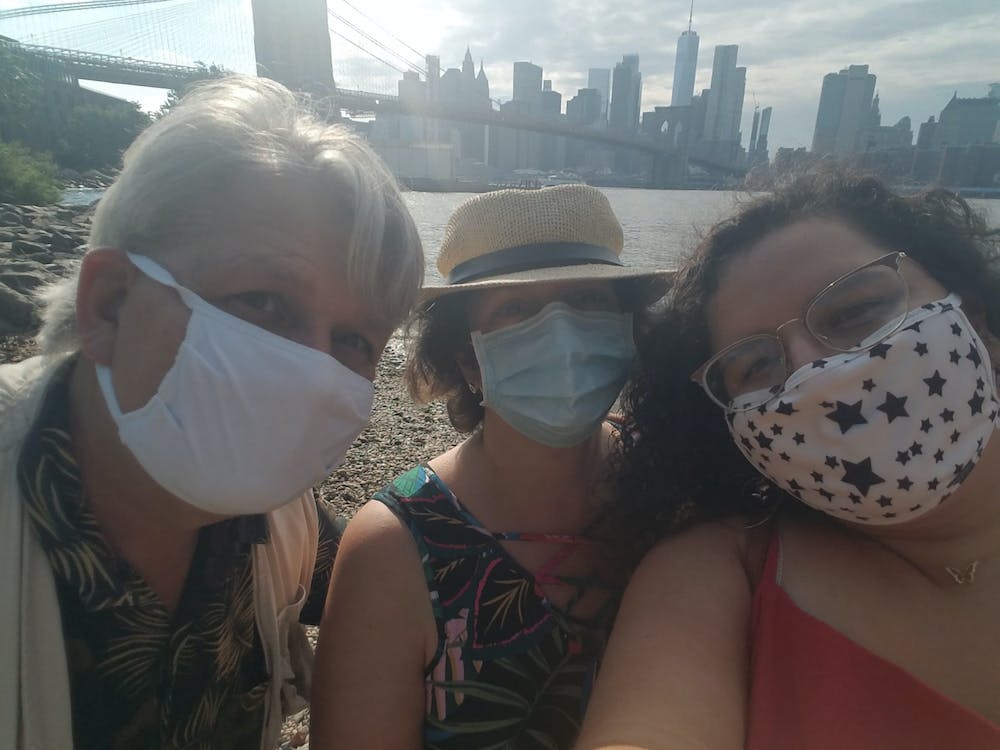 Missing my other home

By SOPHIA LOLA | 6 days ago 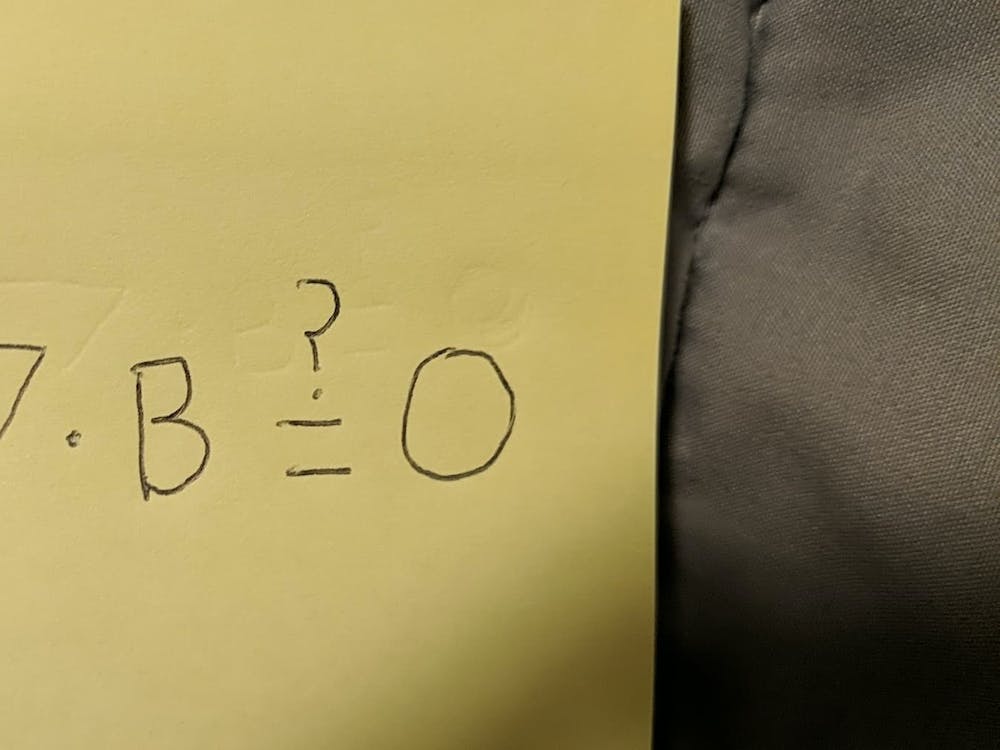 The beauty in physics

By ZUBIA HASAN | 6 days ago 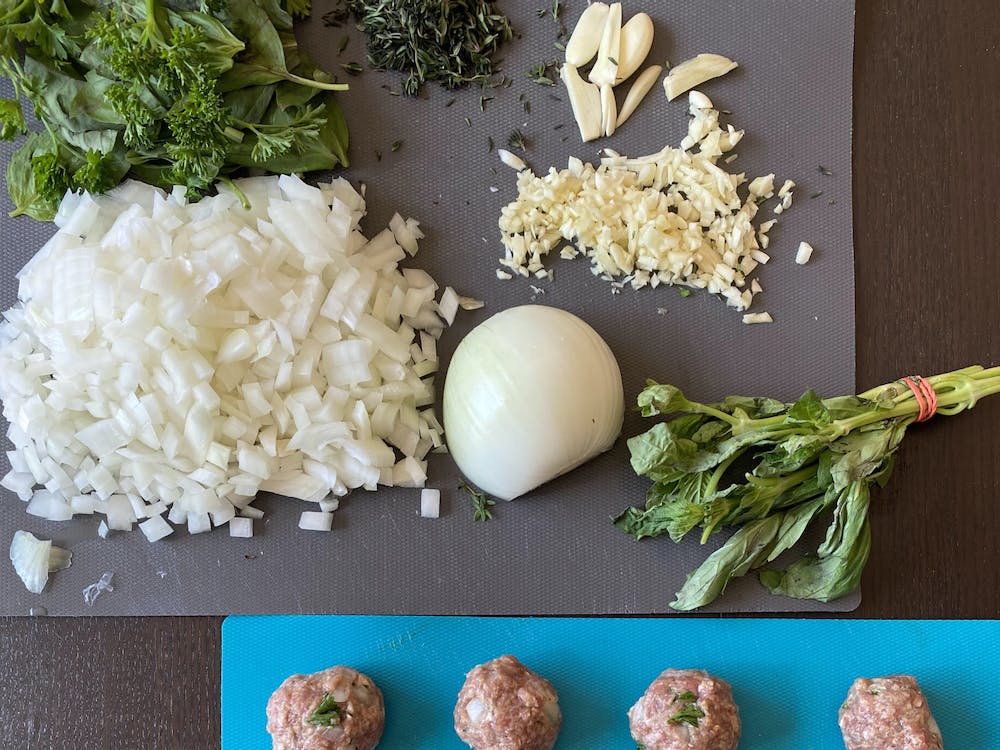 Cooking as a labor of love

By JAE CHOI | 6 days ago
Comments powered by Disqus