After a year without competition, men’s and women’s fencing returned last weekend.

The women’s team began its season on the road in matches with Temple University Owls, the Lafayette College Leopards and the New Jersey Institute of Technology Highlanders.

Against the Owls, the Jays dropped both the Sabre and the Épée, losing 9-0 and 7-2 respectively. They were, however, able to avoid the sweep against Temple by winning the Foil 5-4.

The Jays came back in their match with the Leopards. In the Épée, the Jays won the matchup 8-1 with wins from Morris, Kulkarni and freshman Maya Zhang. The Jays swept the Foil 9-0 behind strong performances from Herman, McDonald and junior Erika Wong.

Following the 1-1 start, the Jays could not claim victory over the Highlanders. They dropped both the Épée and the Sabre 8-1, with junior Cherlin Zhu and Zhang picking up the sole wins in each event, respectively.

Despite finishing the day under the .500 mark, the Jays returned to Homewood and bounced back with a pair of wins against the Leopards the following day.

Round one of the matchup saw 22 wins from Hopkins. Kulkarni led the way in the Épée with three wins. Senior Brooke Stanicki, freshman Sanya Bawa and Zhu notched wins in the Sabre. Wong, Herman and McDonald swept the Foil.

The Jays showed no sense of complacency in the second round, as they put up a total of 23 wins. Morris and Zhang provided wins in the Épée. Bawa won three bouts to give Hopkins the 6-3 win in the Sabre. The trio of Wong, Herman and McDonald repeated their sweep in the Foil.

Morris shared her thoughts on what it was like competing after the year-long hiatus.

“It definitely felt refreshing to compete for the first time in a year. We had only been conditioning for a couple weeks prior to this weekend, and we had actually been fencing for only a week. Personally, I was a bit frustrated, since I had many close bouts that I felt I could have won with better preparation. Overall I’m just grateful we’ve been able to see competition at all and get everyone back on the strip,” Morris said.

The men’s team also picked up two wins against the Leopards.

In the first round, the Jays combined for 22 wins. Junior Paul Lam won two bouts in the Sabre to help give Hopkins the 8-1 win. Sophomore Danny Comer and freshman Gabe Insler contributed six out of the seven wins in the 7-2 victory in the Épée. Senior Eashan Gupta and junior Noah Park added five wins in a 7-2 win in the Sabre.

Round two of the matchup saw much of the same things. Junior Devin Osgood won his two bouts in the Sabre. Comer went undefeated in his three bouts to help the Jays in the Épée. Gupta and junior Matthew Jacobs totaled five wins in the Foil.

Having competed for the first time in exactly a year, Lam shared what it felt like to be back.

“It’s been a long break, and we’ve only had about two weeks of practice, so a lot of us were feeling a little rusty. At the same time, we were still excited to fence last weekend because I know a lot of us missed competing, and it was fun to have the whole team together in the same room again,” Lam said.

Both Lam and Morris explained what is to come next after their first meets. Morris has hopes for a postseason.

“These meets were the last ones of the regular season, so any more official competition will be if we qualify anybody for NCAA nationals. Coach is trying to plan a few intra-team competitions or scrimmages with Navy, so hopefully we’ll get some competition in the postseason,” said Morris.

Regardless of whether or not the men’s team competes again this season, Lam plans to be ready whenever.

“Everything is so touch and go right now that it’s not clear at this moment if we’ll be having any other meets this season, unfortunately. But we hope to keep practicing, and I’m confident we’ll come out swinging next year,” Lam said. 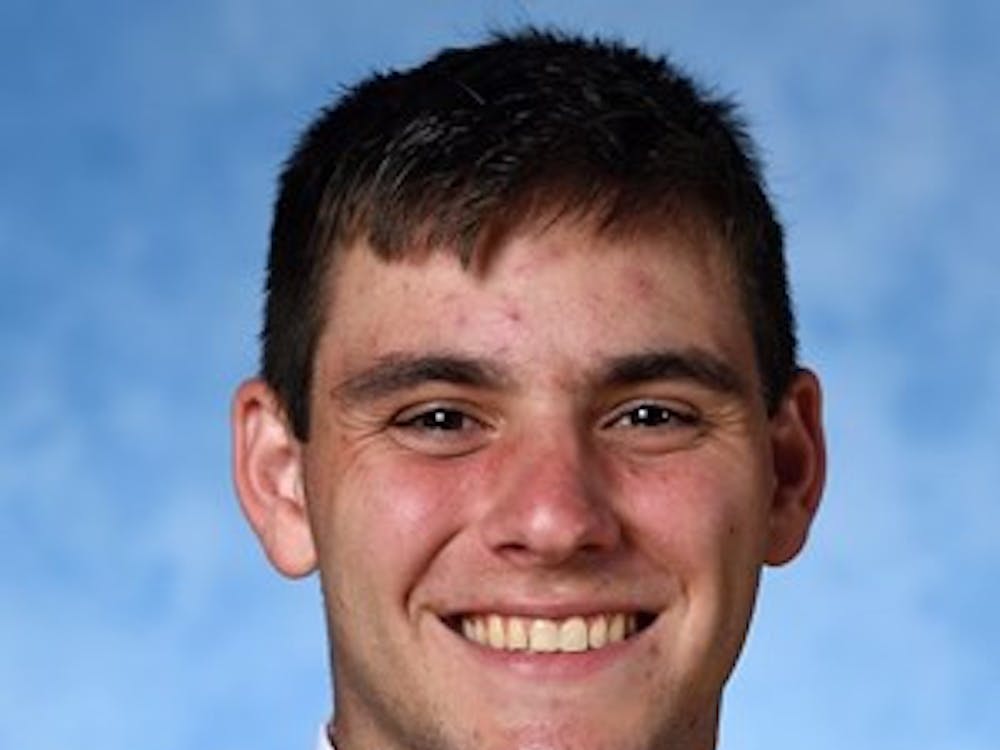 By ERIC LYNCH | 6 days ago
Comments powered by Disqus