Despite a turbulent season, this year’s Super Bowl will take place in Tampa Bay, Fla. on Feb. 7.

In a season fraught with delays and multiple positive COVID-19 cases, the NFL has been able to finish the season without too many hitches, as its prime moneymaker — the Super Bowl — will be played on Feb. 7.

Super Bowl LV will be played between the Tampa Bay Buccaneers and the Kansas City Chiefs. Let’s look at the stakes for each team and how each got to this point.

It’s impossible to talk about the Bucs without mentioning its top offseason pickup last year: six-time Super Bowl champion and probably the greatest quarterback of all time, Tom Brady. The question for many sports fans and presumably for Brady himself heading into the season was whether or not he could win it all without the guidance of New England Patriots’ head coach Bill Belichick at 43 years old.

While it would be unfair to attribute a team’s success to one player, Brady has so far seemed to “answer” any doubts by bringing a squad that finished 7-9 last season that remained essentially the same personnel-wise, outside of a few notable exceptions, to an 11-5 regular-season record and a National Football Conference (NFC) championship this season.

In the wild-card round against the Washington Football Team, Brady threw for 381 yards with two passing touchdowns and zero interceptions. Along with a rushing touchdown from running back Leonard Fournette and four field goals from Ryan Succop, the Bucs took down the Football Team 31-23.

Brady and the Bucs went on to face the New Orleans Saints in the divisional round. The Saints won both games against their divisional rival, including a 38-3 blowout over the Bucs in Week Nine. But whatever psychological edge the Saints had proved to be ultimately meaningless.

Down 20-13 with under three minutes left in the third quarter, Brady found Fournette for the touchdown, and Succop knocked in the extra point to tie it up. Brady led the offense to 10 straight unanswered points, giving the Bucs the 30-20 victory.

Winning these two games brought the Bucs to face the Green Bay Packers in the conference championship. Through three quarters, the game looked to be an easy one for the Bucs to take as they led 28-10.

Then Packers quarterback Aaron Rodgers led a drive that ended in a passing touchdown to tight end Robert Tonyan Jr. The Packers defense stepped up the next possession by forcing an interception. Rodgers came through again with a pass to Davante Adams for the score.

After the Packers missed the two-point conversion, the score remained locked at 28-23, as both teams missed chances despite making big plays. A 46-yard field goal from Succop ended the scoring drought, putting the Bucs up 31-23.

The game was far from over at this point, as Rodgers led his team down the field and into the red zone. But the Bucs could breathe a bit easier after the controversial decision not to go for it on fourth down and instead kick the field goal. The Bucs took care of the ball and milked the clock to punch their ticket to the Super Bowl.

Now let’s look at the Chiefs, who, by the way, are the defending Super Bowl champs. The team is led on the offensive end by quarterback Pat Mahomes, who may threaten Brady’s status as greatest of all time. Still in the infancy of his NFL career, Mahomes has already won both regular season and Super Bowl Most Valuable Player and has been selected to three Pro Bowls.

Mahomes led his squad to an impressive 14-2 regular-season record, clinching a first-round bye. The Chiefs’ first playoff opponent came against the Cleveland Browns.

A hard hit took Mahomes out in the second half, and the Browns inched their way forward to make a comeback. But the Chiefs defense held tight, forcing the ball back, and backup Chad Henne was able to secure a timely first down to seal the game 22-17.

Despite dealing with a concussion and an injured toe, Mahomes suited up for the American Football Conference Championship against the Buffalo Bills. The Bills jumped out to an early 9-0 lead, but an explosion of offense by the Chiefs in the second quarter gave them the cushion to coast to victory.

As corny and cliché as these metaphors are, they should not take away from the significance this game holds. Rarely do we get to see cross-generational talents face off on the biggest stage.

Last year I predicted the Chiefs’ win would mark the beginning of fresh faces making it to, and winning, Super Bowls. Either I’m off by one year or completely wrong to begin with. I guess we’ll see on Feb. 7. 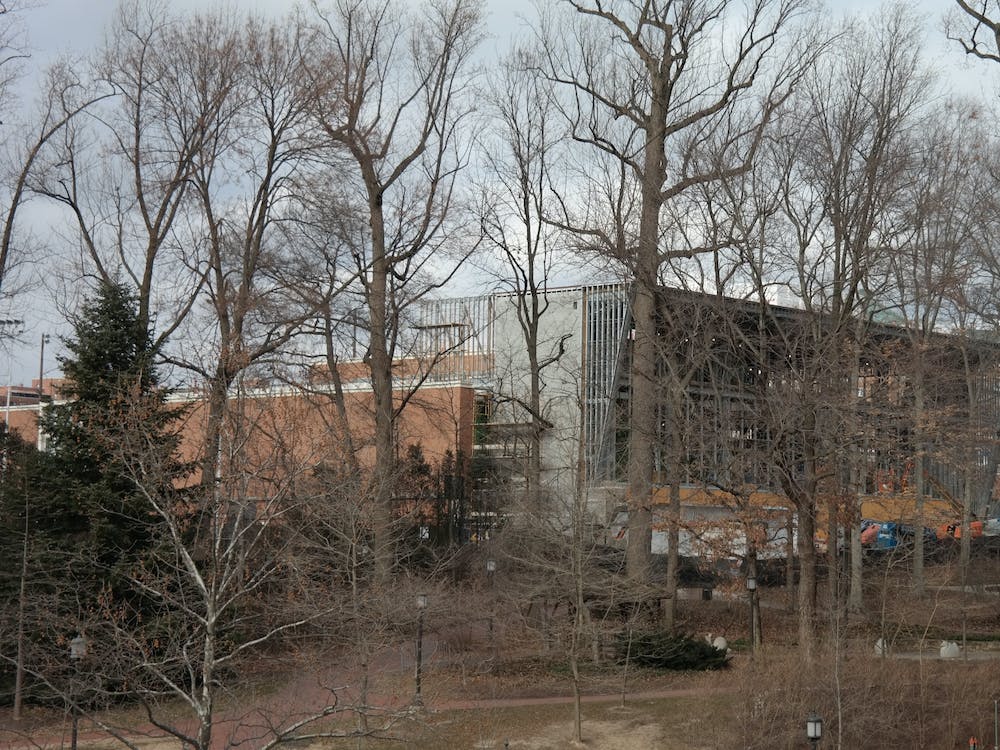