Football trumps Bobcats and gets to quarterfinal

HOPKINSSPORTS.COM Frostburg State had no answer for senior running back Tyler Messinger.

After two rounds of playoff competition, only the elite Division-III football teams remain in contention for a National Championship. Heading into December, the Blue Jays are scorching hot, and neither their opponents nor the frigid weather are showing any ability to cool them off.

On Nov. 24, Hopkins traveled to western Maryland for their second-round matchup against the Frostburg State University Bobcats. The team looked to carry over its momentum from a 49-0 annihilation of the Massachusetts Institute of Technology on Homewood Field the previous Saturday.

On paper, Frostburg State figured to be the toughest opponent that the visiting Jays had faced all season. Not only did they finish the regular season ranked No. 6 in the country by D3football.com, eight slots ahead of Hopkins at No. 14, but they also are expected to become a Division-II team next season. Hopkins was unfazed by the hype surrounding the Bobcats though, which became extremely evident during their performance at the icy, bitter cold Bobcat Stadium.

The Jays received the opening kickoff and wasted no time making their presence felt. On the sixth play of the drive, senior running back Tyler Messinger scored what would be his first of a number of touchdowns in the game on a 23-yard run. Hopkins was unable to convert on a two-point conversion attempt, leaving the score at 6-0.

The Jays then regained possession after forcing a three-and-out but turned the ball over on the first play of their next drive on a questionable fumble call. Frostburg State took advantage of the turnover and was able to get on the scoreboard with a field goal. However, Hopkins quickly responded and extended its lead on senior wide receiver Luke McFadden’s 37-yard touchdown catch. Once again, the team’s two-point-conversion attempt failed, setting the score at 12-3.

The Bobcats were able to record their first touchdown of the game early in the second quarter on a one-yard run by running back Jamaal Morant. Then, after forcing a three-and-out, they took a 13-12 lead on their second field goal of the game.

The Jays regained the lead on their next possession, though. Messinger recorded his second rushing touchdown of the game, this one coming from 19 yards out. The back-and-forth struggle continued on Frostburg State’s next possession. Wide receiver Terrell Brown capped off the team’s drive with a 24-yard receiving touchdown, which allowed the Bobcats to take a 20-19 lead into the half.

Whatever happened inside Hopkins’ locker room at halftime must have been tremendously inspirational because the Jays came out for the third quarter and put on their most impressive performance of the season. After forcing a three-and-out to begin the quarter, Hopkins erupted for a six-play, 95-yard drive that culminated with a 52-yard rushing touchdown. Once again, the ball carrier on the score was Messinger.

On the third play of Frostburg State’s ensuing drive, Blue Jay senior defensive lineman Anthony Davidson delivered a devastating blow to the Bobcats by forcing and recovering a fumble. Davidson commented on the turnover, which was one of the critical catalysts for the team’s sustained success throughout the remainder of the quarter, as well as the game.

“We were getting great pressure up front all game long. When the defensive line as a whole unit is getting great penetration, it becomes difficult for the opposing offensive line to account for all of our movements. So our effort all game led to a botched snap and provided me with the opportunity to recover the football,” he said.

Just over a minute and a half after Davidson’s fumble recovery, Hopkins was back in the end zone on a two-yard run by junior quarterback David Tammaro. Two plays into Frostburg State’s next possession, sophomore defensive back Macauley Kilbane came up clutch for the Jays with his third interception of the season. Seventy seconds later, McFadden scored on a 50-yard touchdown catch. The pattern of domination continued on the next possession: three-and-out for the Bobcats, 32-second possession for the Blue Jays, 19-yard receiving touchdown for junior running back Dane Rogerson.

Frostburg State’s offense finally got going on its next possession, but any momentum that it gained was subsequently shattered on Blue Jay freshman linebacker Robert Fletcher’s sack on fourth and goal. By the time all was said and done and the clock struck zero in the third quarter, Hopkins had scored 28 unanswered points and held a commanding 48-20 lead. McFadden described his reaction to the team’s massive third quarter surge.

“I have as much confidence in this team and these guys as anyone and know just how special this group can be. That being said, I was surprised by just how effective and efficient we were in all facets coming out of the half. It was just awesome to see everything click,” McFadden said.

The Bobcats’ scoring drought finally ended early in the fourth quarter on wide receiver Christian Thornton’s 18-yard touchdown grab. However, the team’s next possession ended abruptly on Fletcher’s first career interception. Only 44 seconds later, the Jays translated the turnover into points on yet another touchdown from Messinger, this time a four-yard run.

Hopkins would tack on a field goal on its next possession to raise the score to 58-27. On Frostburg State’s final possession, Blue Jay sophomore defensive lineman Joe Tischler added one final exclamation point by forcing a fumble that was recovered by junior defensive end Stephen Adams.

All in all, it was a dominant and historic victory for Hopkins. The Jays accumulated 647 yards of offense, 400 of which came on the ground. Messinger alone had 237 total yards, including 231 on the ground and four touchdowns on 16 rushing attempts. The running back talked about the factors that fueled his huge performance out of the backfield.

“It definitely started with a great week of practice and game plan from the coaches. During the game, David [Tammaro] and the receivers spread the field out for the run game to open up, and the offensive line did an incredible job up front opening up the holes. All I really had to do was run through them,” Messinger explained.

The offensive line was highly praised after the game for its ability to provide spacious rushing lanes for Messinger and the team’s other running backs. Senior center Jarrett Smith, who was positioned in the middle of the line, talked about his excitement to be able to significantly contribute to the remarkable offensive performance.

“It was definitely something special to be a part of. As the game went on, our confidence grew and grew. You could feel as the game went on, we were wearing them down up front and the momentum swung in our direction. During the game, I knew we were rushing the ball well, but seeing the 400 yards at the end of the game was a surprise. It was an effort I’m truly blessed to have been a part of and a memory I’ll cherish,” Smith said.

Tammaro finished with four total touchdowns — three passing scores to go with his touchdown run — on 247 passing yards and 68 rushing yards. McFadden had 164 receiving yards along with his two touchdowns.

The Jays’ defense, despite allowing 480 yards of Bobcat offense, made its mark with the two interceptions and two fumble recoveries. Davidson explained the importance of the team’s ability to repeatedly force turnovers throughout the game.

“Ultimately, we as a defense preach that turnovers are the key to any successful defensive game and the more times we can get the offense the ball, the better off our team is. So the fumble recovery and multiple interceptions led to the surge in offense that ultimately allowed us to pull ahead and establish a dominant lead,” Davidson said.

Standing in their way are the Rensselaer Polytechnic Institute (RPI) Engineers. RPI was unranked in the final D3football.com poll but is coming off an inspiring road victory over The College at Brockport, who was ranked No. 4 in the nation. Hopkins and RPI will face off this Saturday at 12:00 p.m. at Homewood Field. Smith and the Jays are enjoying this historic run and are eager to be back on the field Saturday.

“This weekend will be another tough test. We’re motivated to keep this success going and earn another week with each other,” Smith commented.

The winner of the quarterfinal game will face either the top-ranked University of Mount Union or Hopkins’ Centennial Conference rival, Muhlenberg College, in the semifinal.

By MARINA AYUSO | 23 hours ago 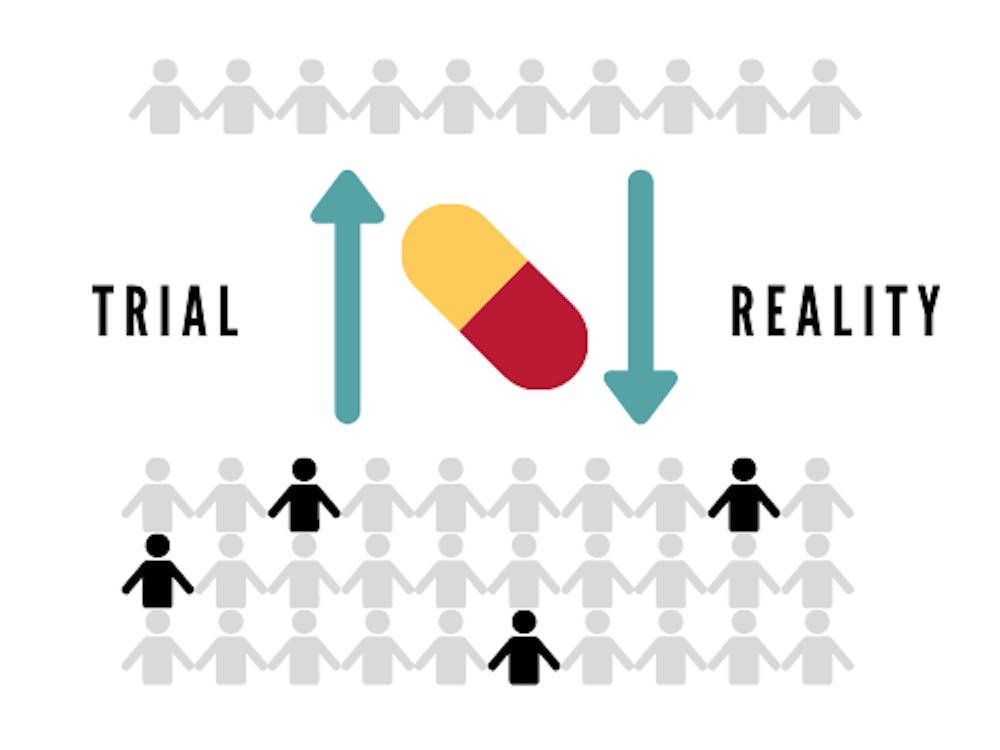 By RADLEY FAULKNOR | 23 hours ago