COURTESY OF CHRIS H. PARK Hopkins announced that several rowhomes in the University’s possession will be demolished in December.

In an interview with The News-Letter, Phong Le, the president of the Greater Remington Improvement Association (GRIA), criticized how the University communicated its decision to the community.

“All of this has come up very quickly; we were never formally notified of anything happening,” he said. “Whenever something like this happens — when a building is reworked or demolished — we are often the last ones to know.”

The rowhomes planned for demolition are a block away from the border of Remington, a neighborhood to the southwest of campus. According to Assistant Vice President of External Relations for the Office of Communications Karen Lancaster, the rowhomes are currently vacant, uninhabitable and infested with rodents. The demolition is set to begin this December, and there are no immediate plans for the site, aside from being seeded and maintained.

The University has acquired the rowhomes one by one over several years for a total price of $2,265,500. In an email to The News-Letter, Lancaster described the demolition as part of the University’s efforts to improve Charles Village.

“These properties have become increasingly unsafe and unstable over the years despite repeated efforts to clean up and secure them,” she wrote. “We remain deeply committed to our campus community and neighborhoods. We are proud to call Charles Village home, and continue to invest in enhancements and improvements to our shared surroundings.”

The missing roof of at least one of the rowhomes is visible from the alleyway behind the buildings, and the grounds are littered with empty bottles and other trash. According to the University, the roofs of three buildings are missing.

Le stated that the University’s inaction on the rowhomes were a missed opportunity.

“I would have loved to talk about this with the University,” he said. “GRIA has been talking for years along with CVCA and Friends of Wyman Park Dell about what could be done with that space that was neglected for 19 years until there’s no choice but to do something drastic like demolish it.”

Le added that the lack of communication over this plan for demolition was not an isolated event.

“They have these big, massive plans that are years in the making, and then say, ‘We should check with the community who live next to these things and see what they think,’ and this is another example of that,” he said.

This dynamic, Le argues, worsens relations between the University and the neighboring communities.

“The biggest downside is the feeling of distrust,“ he said. “There are many neighbors who view Hopkins, even though they are our neighbor, with a hostile view because, again, often we’re the last ones to know about things. How can we build community and working relationships when we are not part of decision-making process? Or in some cases when community input is some sort of lip service?”

Sandy Sparks, the chair of the CVCA Land Use Committee, echoed Le’s regrets about the planned demolition.

“There is no way we can stop it. It is going to happen, and all we can do is to make the best of the situation. Those buildings have been in decline for decades, so it’s a foregone conclusion that it’s a demolition by neglect,” she said. “I’m very sad because those buildings were really premier buildings built the year the Wyman Park was built. They were built to face the park. It is a great loss.”

Sparks, who has resided in Charles Village for nearly 50 years, added that the CVCA successfully pushed the University to save trees on the lot.

Both Le and Sparks noted that Hopkins has increased its interest in developing the neighboring communities in the past few decades.

Sparks expressed support for various projects the University has carried out in Charles Village.

“Since 1996, we’ve been working with Hopkins on redeveloping the whole area. We worked very positively with them. They listen to our advice and reviews and recommendations. We have very positive relations with Hopkins. I’ve seen how Hopkins has, especially in the last years, really become positively involved with Charles Village,” she said.

Hopkins most recently completed its streetscape project that renovated lighting and pavements and added new benches and a median on the two blocks of St. Paul Street between 31st and 33rd Street. Sparks cited this project as a positive example of the University working with its neighboring community.

Le highlighted benefits that various construction projects have brought to the area.

“Historically, Remington has been kept at an arm’s length from Hopkins, and it’s only in recent years that we’ve been able to connect with Hopkins and have more students come to our neighborhood,” he said. “All the things they do to make the neighborhood feel more like a neighborhood and not just a pass-through I see as a positive.”

A Baltimore Brew article on the University’s plan has widely circulated on social media with many criticizing the planned demolition.

On social media posts sharing the article, some suggested that Hopkins should donate the property to non-governmental organizations. Others stressed the need to preserve historic buildings and wrote that the University should restore and sell the homes.

Similar concerns were raised when Hopkins was planning to construct the Charles Commons building. Charles Village residents had opposed the expansion of the University’s real estate holdings in neighboring areas to the Homewood Campus.

The Garland Sit-In and Occupation alluded to the development of Nine East 33rd apartments to criticize the planned demolition. However, no rowhomes or other buildings were demolished for that construction project.

Instead, Hopkins purchased the vacant lot where the popular off-campus housing building now sits from a developer in 2008. The original developer, Struever Bros. Eccles & Rouse, failed to follow through with its plans to develop the lot, then-called the Olmstead lot, following the Great Recession. The decision to purchase the Olmstead lot was generally received positively by Charles Village residents.

Hopkins is also not newly acquiring any properties for the planned demolition of the rowhomes.

Neil Bergenstein, a lifelong Baltimore resident who grew up in Roland Park, expressed skepticism about the condition of the rowhomes.

“I spent a large part of my childhood there and have a lot of childhood friends. I am so sick of Johns Hopkins and their overreach,” he said. “I don’t trust them on this one. I don’t believe them one bit. I know that block. They are lying through their teeth.”

Lynn Pinder, also a Baltimore native, did not question the University’s assessment of the rowhomes’ condition. In an email to The News-Letter, however, Pinder voiced concerns about how they became deteriorated.

“The decision by Hopkins to let a block of houses deteriorate reflects a larger problem and accepted practice by city agencies to intentionally neglect Baltimore neighborhoods for the purpose of their own economic gain. It is shameful,” she wrote. “These houses could have been donated to a nonprofit like Strong City Baltimore or the Millions More Movement as an opportunity to help low-income Baltimore residents gain affordable housing. Instead they let a block of historic brownstones rot.”

“I want to continue to build a stronger relationship. I’m not opposed to development and certainly support many Hopkins projects in Remington, but getting told at the last minute is frustrating. I don’t have time to get real input from members of the community when things happen this quickly,” he said. “We are neighbors. It is up to all parties to work out what that means and continue to build strong relationships.” 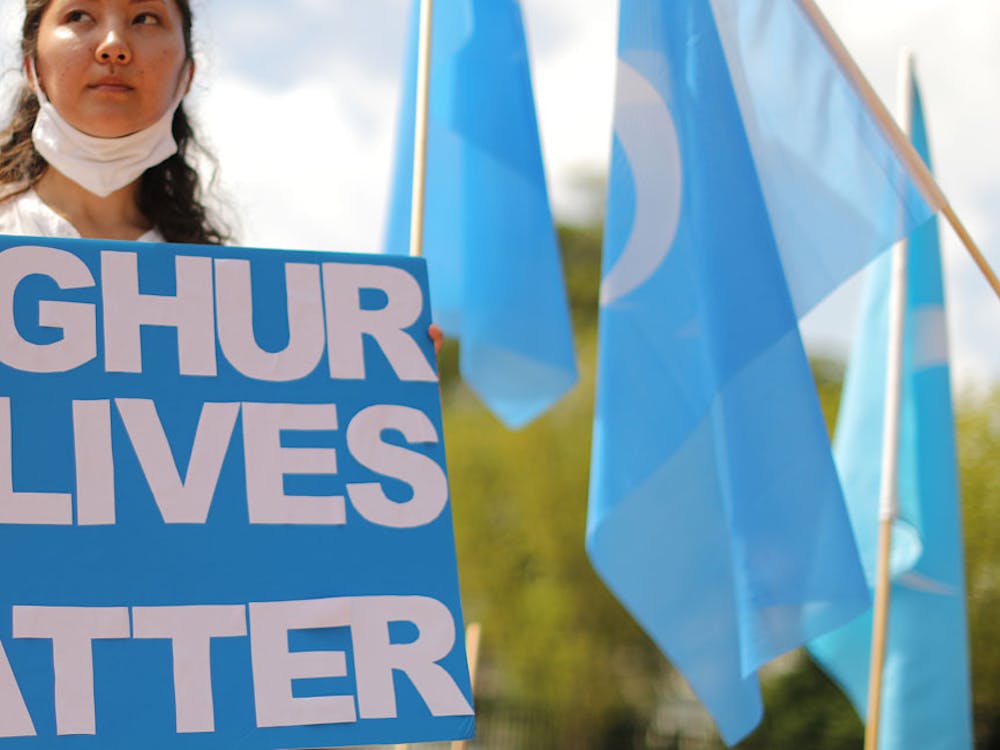 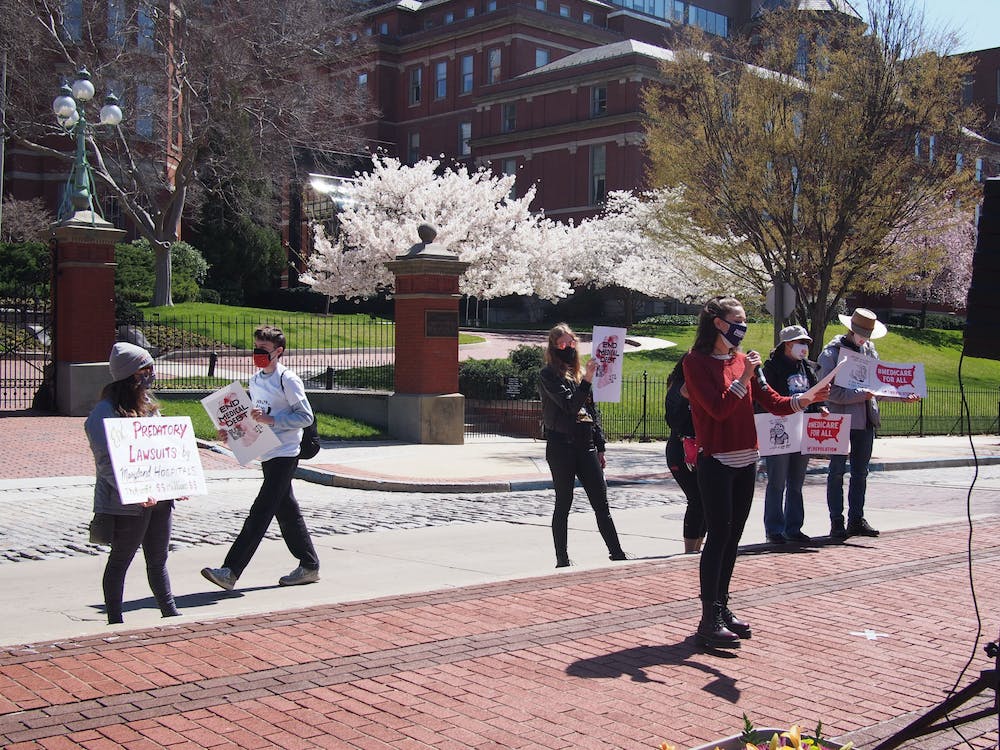