The eternal quest for "fit": finding a niche in college

If I had to total the number of times I heard the word “fit” during my college application process, I’d get bored within minutes and give up. There’s a reason I’m majoring in Writing Seminars and not Applied Mathematics and Statistics. That isn’t to say I’m bad at math — or that I don’t comprehend its value to me — but that I’d prefer to make my point through writing rather than arithmetic.

That being said, more on math: The line of best fit, as I understand it, is a good way to visualize the college process. You’re given a set of scattered data points, and your job is to determine a straight line that best shows their relationship. A best “fit” can be calculated, but since you have limited data, the line is just a method of prediction.

As a high school senior the only data I could work with were my interests thus far and what classes I’d liked, which depended on teachers and textbooks and where they fell in my schedule. But I knew what I was most interested in — English and creative writing — and I stuck to my guns, seeking out colleges with the most exciting programs in addition to pretty campuses. I ended up at Hopkins because I believed it was the best fit, and that’s what everyone had told me to look out for.

There were still those who questioned my decision, only knowing of Hopkins as “the doctor school,” which was a fair description but didn’t take into account the data I’d collected. It doesn’t need to be stated, but just because Hopkins attracts pre-meds doesn’t mean I should be one, too. Though it might require compromises, “fit” isn’t just about taking averages and choosing the middle route. I vaguely knew this when I first arrived at Hopkins, but I don’t think I internalized it until much later.

Fortunately and unfortunately, the quest for best fit doesn’t end when the college application process ends. It seemed like the biggest deal in the world as I went through it, but most of my decisions about who I am as a student were made long after I put down my enrollment deposit for Hopkins. I questioned my path almost daily, wondering if I should balance my writing major with something more “legitimate.” This pitfall is something I wish I could tell everyone to just avoid. The journey toward feeling confident in your own decisions is a valuable one, however, and I don’t regret my experimentation. Going down a middle route didn’t work for me, and that discovery made me a better student and happier person.

“Fit,“ as I’ve come to understand it, is less about conforming to past expectations or extrapolating for the future, and more about meeting my needs as they are. I took a wonderful art history class as a high school senior and expected to pursue the subject as a minor in college, but as a Hopkins freshman, I was deeply affected by an introductory film class. I could have let that interest pass me by as I continued on the path of historical analysis, but the vibrancy of the film community pulled me in.

In terms of the academic and extracurricular, film excited me in how variable and collaborative it could be, and beyond that, I found that the subject tied me to the environment in which I learned. Baltimore and the Station North Arts District in particular have so much to teach me, and I would gladly spend every night at the Parkway Theatre if I could, applying and recontextualizing what I’d heard in class. If life had taken me to another city, who can say where I would have fit best?

These decisions take time, but as a waffling new freshman, one way I gained insight into different academic communities at Hopkins was by paying attention to the questions people asked me. In my pre-orientation Film Culture in Baltimore program, among the very first questions I answered was, “What’s your favorite movie?” I found the question harder to answer than expected. What would my choice say about me? How might I accurately summarize the scope of my passion? And then I found myself captivated by others’ answers, from the romantic comedies to the indie studio gems, and immediately wanted to know more about them and what the thought processes behind their choices were. I would hear the same question in other circles, too, like in my first film class. I found myself producing different answers each time, having meditated even more on the topic since it last came up.

Another question that excited me was the classic “What’s your major?” — a cliché, maybe, but it could reveal the impressive diversity within a specific academic community, especially in a place like Hopkins where so many students take on multiple majors and minors. I loved to meet engineers in my Writing Seminars classes or Peabody students in film classes and see how their varying backgrounds informed their interpretation of the subject material, as they could fill in gaps that I would have otherwise missed. I could tell I’d entered a special community when one short introductory question could prompt a constellation of other questions.

As with all things, finding a niche at college has been complicated by a global pandemic. The brief but revealing conversations with a neighbor in the lulls of an in-person class might not take place online, so we’ll have to be more proactive if we want our questions about others answered. I may not be able to pass my weekends away in local theaters anymore, but I plan to support the Parkway through its virtual programming and continue my extracurricular involvement in film however I can. In the era of Zoom, I’d encourage any incoming student to meet their present needs before panicking about whether they’re on track for what they originally planned for.

Our lives will look different no matter how or when the pandemic resolves. In the meantime, I’m far from finished with settling on how I fit into the Hopkins community with its hundreds of littler communities. The process is an ongoing and worthwhile one, and if we commit to it with honesty — honesty to both others and ourselves — our little communities will be better for it. 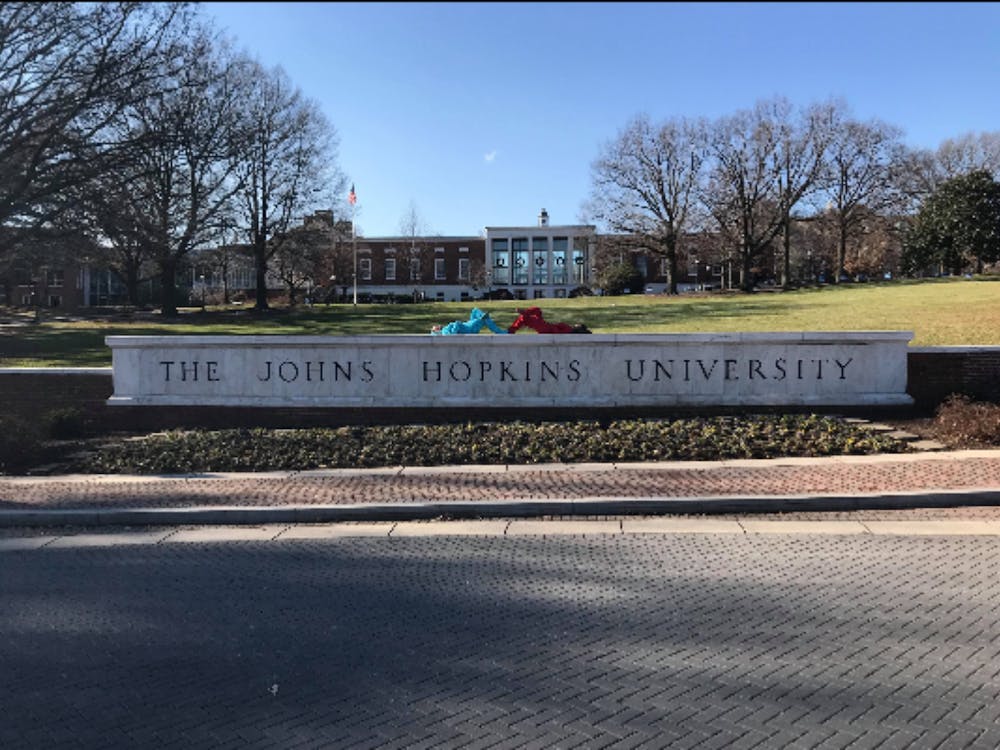 Top 10 tips from a senior to freshmen 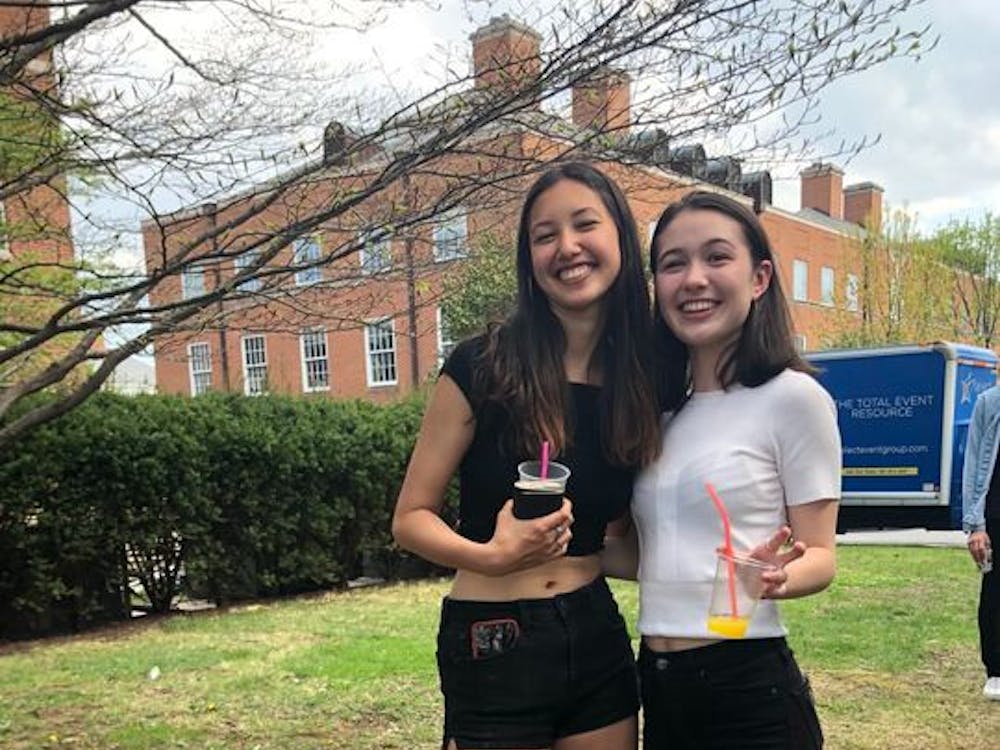 A letter to my freshman-year self 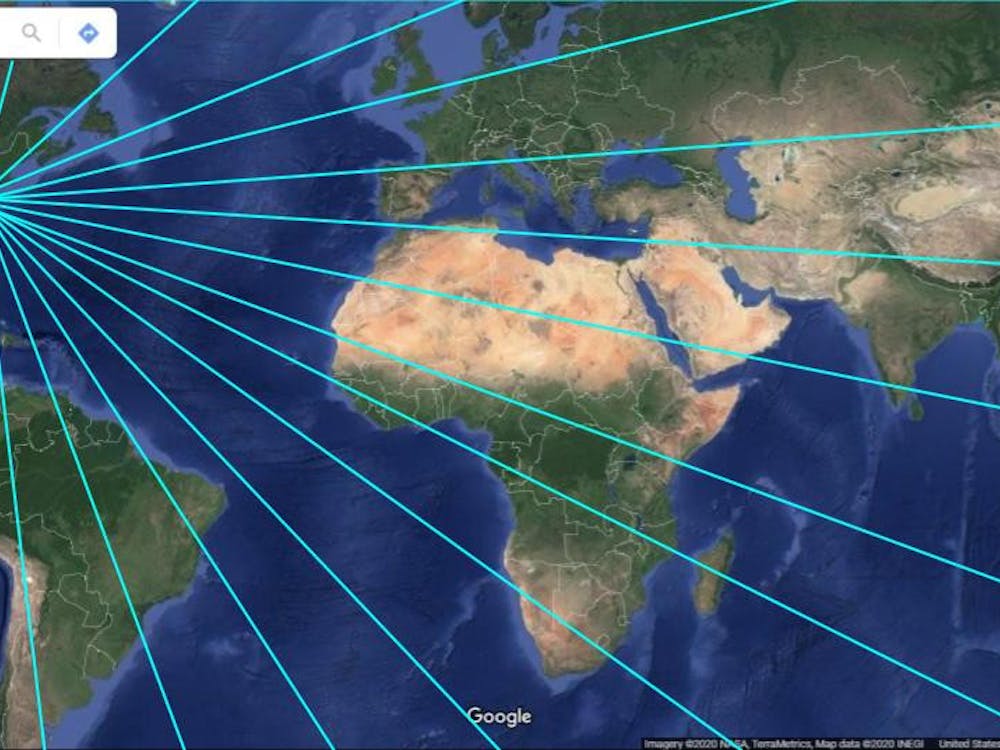 Far from the nest: feeling like a Hopkins student while you're not on campus