Researchers, essential workers, avid bakers, business owners — these all describe some of your new peers. We at The News-Letter thought it would be interesting to find out what some of you have been up to and how you are processing the onslaught of changes to your summer break and college experience!

Aliza Li is an incoming Writing Seminars and cognitive science major from Houston, Texas, a high-risk area for coronavirus (COVID-19). Luckily, Li and her family have generally been able to remain at home. As one might expect from a Writing Seminars major, she has spent much of her time in quarantine devouring book after book, most recently Pachinko by Min Jin Lee.

At Hopkins, she’s especially looking forward to an environment where students are extremely motivated about their future and learning. Some of the clubs she wants to join are the literary magazine Zeniada, one of the Christian ministries and, of course, The News-Letter.

Although Li believes the shift to online learning was the right decision, she expressed concerns about the remote educational experience.

“I was hoping that going on campus and the different environment would put me in the mindset of school. I’m hoping I’ll still be able to concentrate as if I’m in a classroom,” she said. “I’m also not expecting to meet people in the same way, but I still want to put the effort in.

Abbie Tuschman, from Fort Lauderdale, Fla., is a Writing Seminars major like Li, and also pre-med. Throughout the summer, she has been a reader and baker extraordinaire. In addition to stuffing her family members with delights like Mexican wedding cookies and scones, she’s taken up random projects around her house, including organizing photos, going through clothes and tracing her family genealogy.

In her interview with The News-Letter, she said that online school isn’t entirely new to her. She worked in a virtual environment for two years of middle school, where she enjoyed the freedom to do things at her own pace.

Now, she appreciates that Hopkins students can communicate through Discord, which wasn’t available in middle school. Often used for gaming, Discord is a platform that allows users to easily chat with one another. Through Discord, she has already met a lot of people that she wouldn’t have met otherwise.

“I’m trying to look at the bright side of the situation by realizing that my class of 2024 will always be a little closer than other grades because we started with this very strange time,” she said. “Even though it’s not an ideal experience, it is a unique one.”

Not too far from Tuschman is Ethan Levy, from Miami, Fla. An incoming Biomedical Engineering (BME) major and possible History minor, Levy was supposed to spend the past few months in Boston working with a synthetic biology research group at the Massachusetts Institute of Technology.

His summer project has transitioned online, where he is conducting cellular system research to counter inflammation in COVID-19 patients. Levy spends much of his time reading new research publications.

“The thing about COVID-19 is that every hour there will be new papers coming out,” he said. “It’s hard to lose purpose. You’re always motivated to work on it because you know it can help people.”

Levy was excited to work in the BME design studio at Hopkins, but he’s decided to give it a run for its money by building a lab in his own room.

“I looked at my room and said, ‘If it’s not a periodic table, my desk or my bed, I’m throwing it out,’” he joked. “I’ve already got my microscope out, I got a 3D printer, I’m just redoing everything.”

Like Levy and Tuschman, Mark Stephanos has also loved using Discord. Though from Jericho, N.Y., Stephanos is heading to Houston with five other incoming freshmen he met on Discord.

“All of us have been trapped in our homes for the past five months, which has led to us forming bonds at an unprecedented rate,” he said.

He and his soon-to-be roommates had suspected in July that classes might be online; to make the most out of this experience, they began looking for places to rent on Airbnb and Zillow all over the country. Finding places that would rent to college students for just a few months was challenging, but ultimately one of their parents was able to delay selling the house they were moving out of.

“If you asked my dad two months ago if he’d let me move into a house with a bunch of people I’ve never met in person, he would think I was crazy,” Mark said. “But more and more students and parents are realizing it’s a viable option, both financially and for students’ mental health and productivity.”

When Stephanos is not staying up late playing Jackbox or Cards Against Humanity with his new friends, he’s often playing guitar. Recently, he arranged Hozier’s “Take Me to Church” and he’s currently learning an arrangement of a song titled, quite fittingly, “Beneath the Mask.”

Dianne Strauss, from Miami, Fla., is joining Stephanos in Houston. For Strauss, an upside to quarantine was that she spent a lot of time getting to know people from Hopkins online, which was a major deciding factor in committing to the University. She noticed a distinctly strong sense of community that radiated from her potential classmates at Hopkins.

“I’m super excited to be living with some really close friends. The way that we’ve been framing it is that we either come out of it hating each other or we’ll be friends for life,” she laughed.

Strauss has spent the majority of her summer working in a grocery store. When reflecting on her job as a cashier, she mentioned it was frustrating when customers would complain about having to wear masks. Otherwise, though, she said, “it’s been a good experience to work in retail for a summer.”

To unwind this summer, she’s loved taking care of her new husky puppy, painting, playing piano and guitar, as well as building a deck and roof in her backyard.

Alex Snyder, an incoming chemical and biomedical Engineering major from upstate New York, has also spent the past few months working. Sales have boomed for her small business, where she sells handmade friendship bracelets and jewelry. She started her company in 2016, after finding that making bracelets helped with her anxiety and depression.

The work, she said, has also been a welcome distraction in quarantine.

“It’s a lot of fun and gives me an excuse to watch TV and not feel unproductive about it,” Snyder said.

While her business has helped her stay occupied, she’s also excited for classes to start and keep her busy.

“I need the structure in my life. I’m one of those people that need deadlines,” she laughed.

However, because her high school didn’t handle the transition to online learning well, she is a bit nervous for what the upcoming semester might be like. To stay ahead of the game, she’s started using a bullet journal to plan out her semester.

The final freshman interviewed was Kendra Brewer, from Virginia Beach, Va. Kendra is thinking of majoring in history and Spanish, and minoring in Museums & Society. Last summer, she had an internship in the Virginia Beach Public Library archives that convinced her to pursue history at Hopkins.

This summer, before the pandemic hit, she was hoping to continue volunteering at her local library or get a job. Two of her sisters are at a higher risk for COVID-19, so she’s spent most of her time indoors, often cooking and baking. Recently, she has grown a sourdough starter.

Brewer explained her perspective in light of the transition to online learning.

“I’ve been so excited to go to school since I was eight years old,” she said. “But I’m still getting to go to Johns Hopkins University and getting to take these classes that I’m super excited about, even though it isn’t what I expected.” 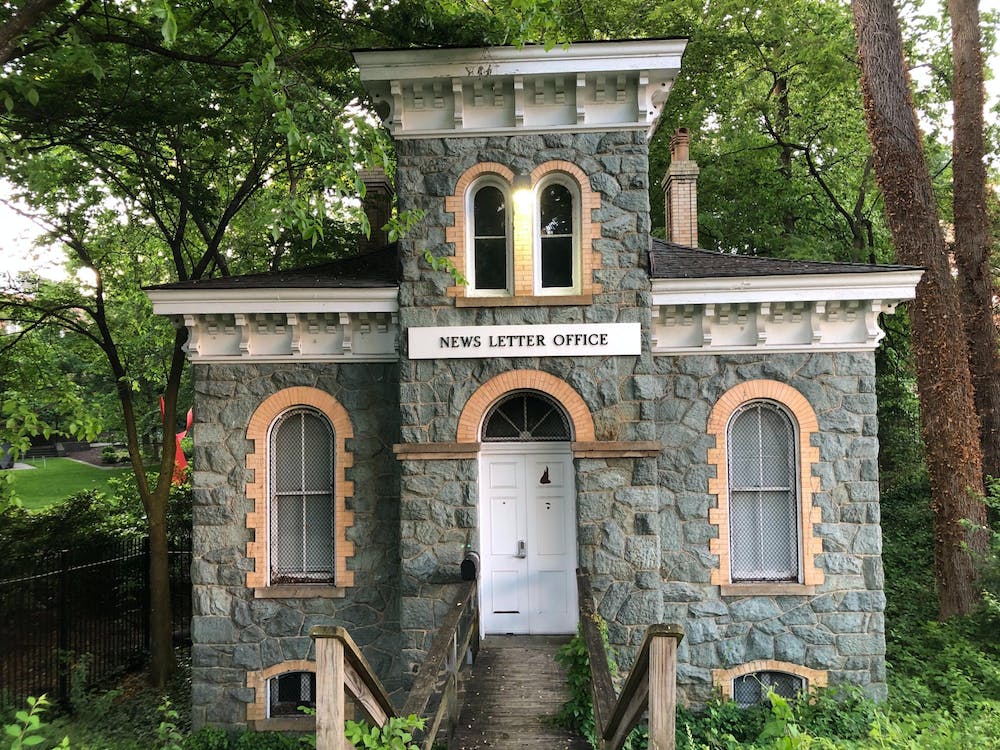 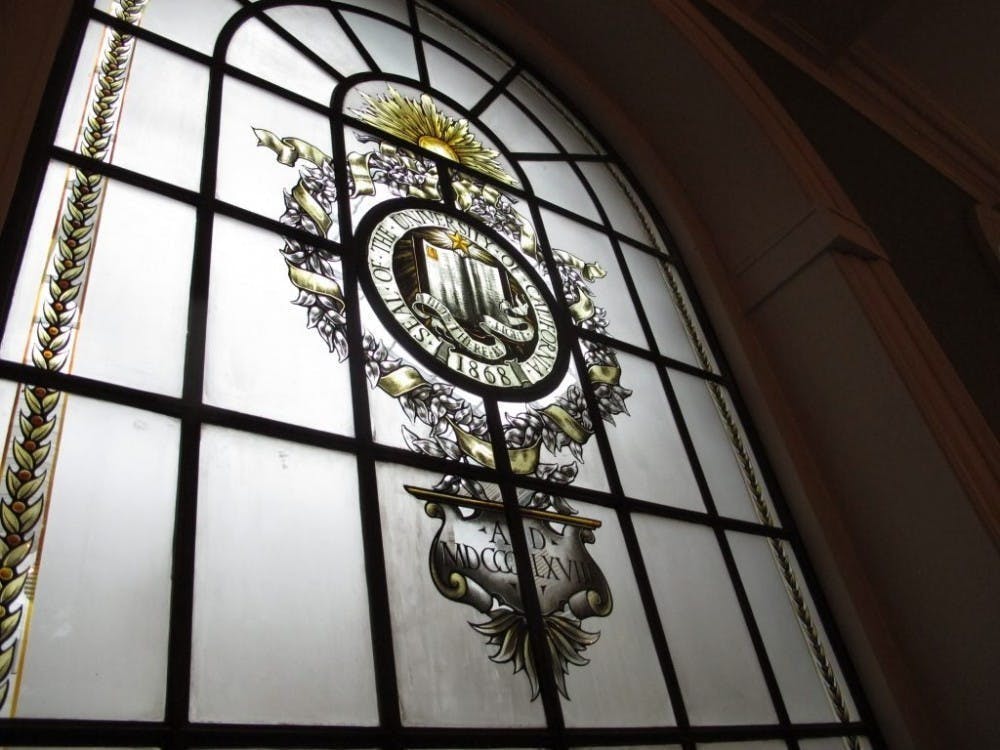 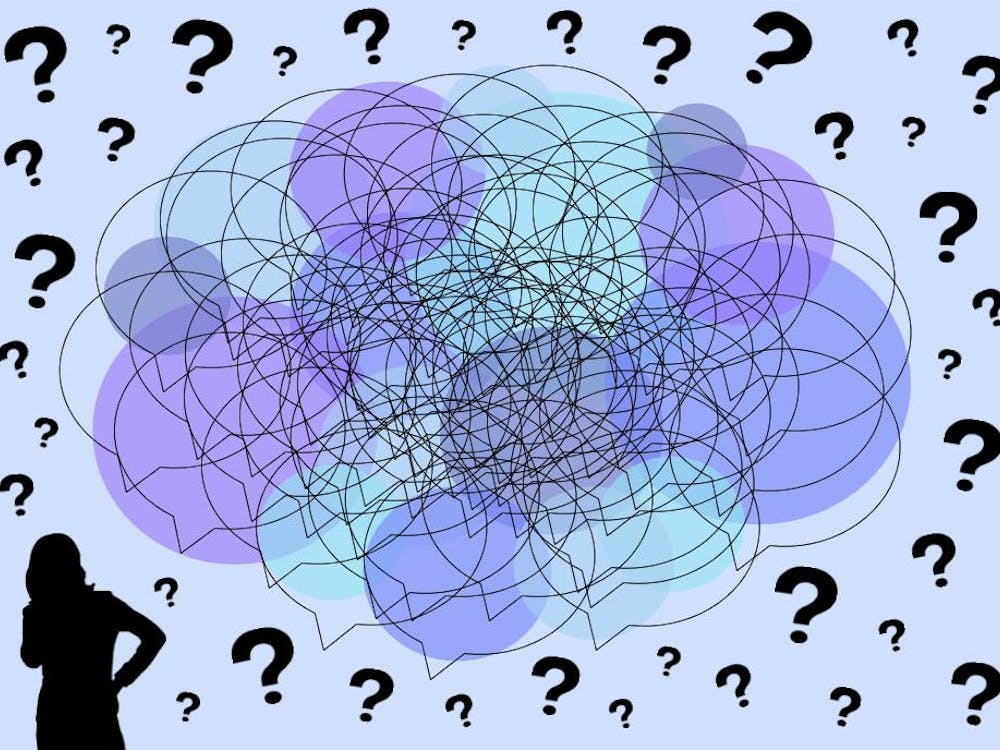