Why I, a Warren supporter, am voting Biden

With Warren no longer in the Presidential race, Park supports Biden.

One of The News-Letter editors wrote last week to express her disappointment at the current Democratic presidential candidates. What was the most diverse field of presidential candidates in a primary essentially winnowed down to a field of three, of which two were white men in their late seventies. Since then, Senator Elizabeth Warren, the last major standing female candidate, has suspended her campaign.

People know how big of a Warren supporter I am. I went to two of her town hall events and took the classic “Warren selfie” both times. The first time, I was the second person in line and waited over six hours. Her liberty green “Dream Big, Fight Hard” poster is the first thing you see when you enter my dorm, and a big “Persist” sticker — more appropriate for a car bumper — still adorns the bottom of my laptop.

Deep frustration and sadness filled me as I wondered how America passed on a candidate who had, more than any candidate running, a record of achieving progressive reforms, a clear understanding of the problems and a detailed vision of how to overcome those challenges.

To dabble in a bit of punditry, I think that the October debate where her inability to answer how to finance Medicare for All marked the beginning of her downfall in the polls. She, of course, released a plan a few weeks later, but it was too late. Meanwhile Democratic voters gave Senator Bernie Sanders’ green-lantern-ism a pass when he still has not answered how he exactly plans to finance any of his plans, let alone pass them through Congress.

My candidate of choice is no longer running. As such, I have decided to instead support former Vice President Joe Biden.

I made that decision not necessarily out of progressive ardor for his candidacy, but because I believe that Biden is the best equipped to take on the most dangerous president in American history. Additionally, there is the issue of Bernie Bros.

The vast majority of Sanders supporters are decent people. Some of my closest friends have voted for Sanders, and they are truly some of the kindest people I’ve ever met. We talked about the election over dinner, and no sharp knives or accusations were thrown across the table.

But it cannot be denied that among Sanders’ big following, there are the “Bros” who spew hateful rhetoric. They start vulgar Twitter pile-ons that attack opponents and their supporters, from using a snake emoji against Warren and Senator Kamala Harris to harassing supporters of other candidates, notably activists like Ady Barkan or Fred Guttenburg. They also reportedly threatened members of the Nevada Culinary Union, which was critical of Medicare for All.

Such vitriol was ignored and, by extent, permitted by the candidate until very recently. Even more problematic is that this vitriol has systemic roots. Supporters take cue from rhetoric and attack lines originating from the top echelons of Bernie’s campaign, like Surrogate Shaun King, Senior Advisor David Sirot or even Co-chair Nina Turner.

Sanders, his campaign and his supporters are ripping apart the Democratic Party, and it is doubtful whether Sanders could unite the Party if he were the nominee.

I care about progressive reforms. I think it’s time for a wealth tax in America. Health care should be right, not a privilege. We need to overhaul campaign finance laws and antitrust laws.

The makeup of Congress will dictate a lot of policy, but the position of the White House has an undeniably strong influence. Also, personnel is policy. The president’s power to appoint officials carries immense weight in shaping how our country works.

It is worrisome that Jamie Dimon is being floated by Biden as a potential treasury secretary, and that Biden will continue to appoint campaign donors as ambassadors. However, while Biden may not tout the most progressive platform, if he is able to achieve everything he lays out, we will have one of the most progressive administrations in the history of the United States.

Many Republicans justify their support for U.S. President Donald Trump by saying they approve of the policies, not the man. When the central argument of Democrats is that Trump’s behavior is beneath the office, I believe there is an imperative to not just be better than Trump but to fundamentally recourse every part of his presidency. That includes tolerance for hateful political speech.

Additionally, Sanders simply won’t be the strongest candidate against Trump. Was Biden the strongest among the original field of 20 candidates? Maybe not. I thought Warren would have been the strongest. Does Biden have a better chance than Sanders? Absolutely.

It is admirable that Senator Sanders held onto self-description as a Democratic Socialist throughout his 30 years in Congress — a true profile in courage, if you will. There is courage in doing so when, during those three decades, every politico was quick to wear a veneer of Clintonian triangulation and Democrats ran from the word “liberal.” Furthermore, it is impressive how he expanded the popularity of the Democratic Socialism tag among progressive Democrats.

But Sanders isn’t actually a socialist in any way. His faux-Socialist moniker hands Trump a political gift as he paints not only the Democratic nominee but also all down-ballot candidates as socialists, a word that retains the negative connotation in the American psyche.

We have enough policies to convince independent, leaning-Republican voters, and those who left the Democratic party. Sanders, as he retains and promotes a somewhat misleading description of himself, becomes a profile in temerity, rather than courage, as he seeks something more than his Senate seat in a small, liberal New England state.

I, as with most Democrats, will support the eventual nominee and work to get him elected on Nov. 3. Both Senator Sanders and former Vice President Biden would be far better presidents than the current occupant of the Oval Office.

It is important that we choose, of the remaining candidates, the person most able to build a wide and diverse coalition, defeat Donald Trump and lead an administration that is diametrically different from the one we have now. I believe that person is Joe Biden.

Chris Park is a freshman studying International Studies from Glenview, Illinois. He is the communications chair of Hopkins Democrats and has worked for a Democratic Congressman who has endorsed former Vice President Joe Biden. 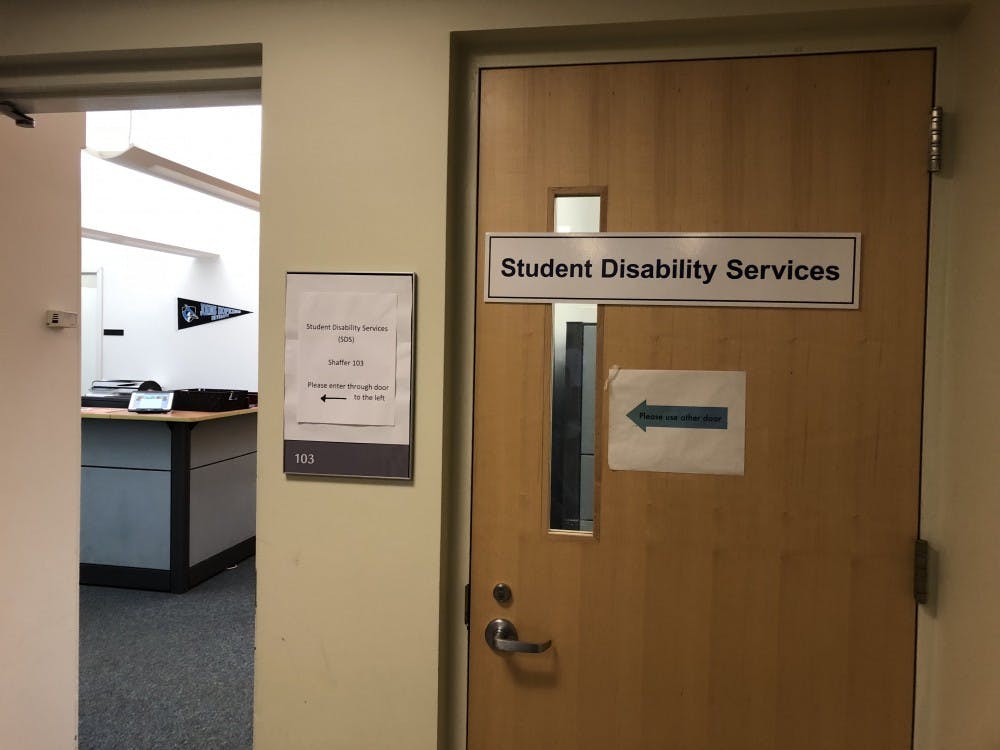 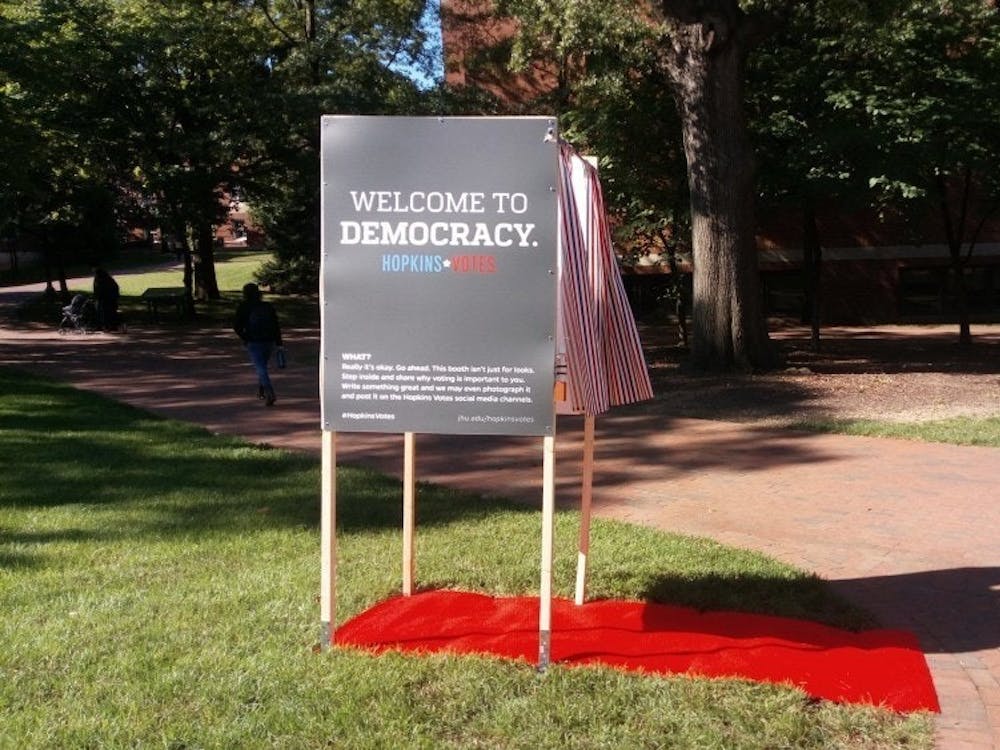 By GRETA MARAS | 2 days ago 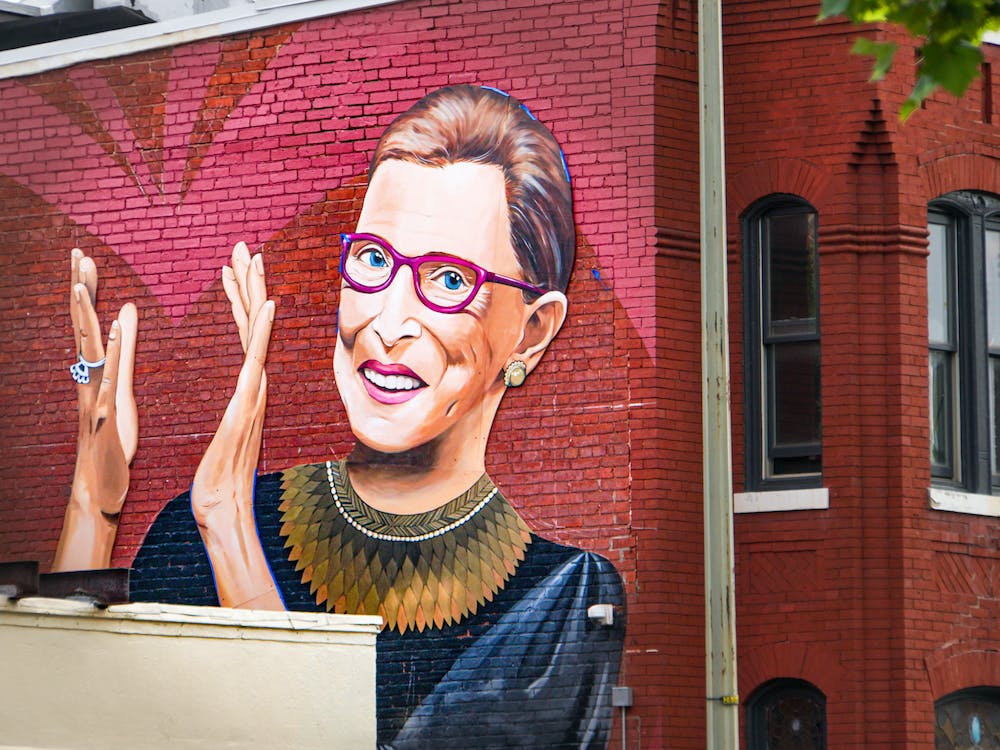 By JAVIER JURADO VELEZ | 3 days ago
Comments powered by Disqus