It was a jam-packed week for the Hopkins men’s tennis team, which competed in five matches over the course of three days. The Blue Jays took on the McDaniel College Green Terror and the North Carolina Wesleyan College Battling Bishops on April 5; the Gettysburg College Bullets on April 6; and the Muhlenberg College Mules and the Christopher Newport University Captains on April 7.

The Blue Jays — who entered the week with a 5-2 record — first traveled to Westminster, Md. where they took on the Green Terror for the lone road match of their three-day slate. This was a crucial Centennial Conference match for the Blue Jays as they continue their quest to win their 12th consecutive Conference Championship.

It was smooth sailing for Hopkins, as the team swept McDaniel 9-0. Sophomore Aaron Carey, freshman Jack Hogan, junior Colin Muraika and sophomore Vik Vasan each shut out their opponents in singles. Two duos — Muraika and freshman Robby Simon, as well as Hogan and freshman Bryan Chu — were able to accomplish the same feat in the doubles category.

“When we go into Conference matches like McDaniel, we have confidence from our winning track record in past years, but we know we must respect our opponents and prepare like any other match,” Muraika said. “This attitude is what allows the team to perform well in the Conference each year.”

The Jays’ non-Conference match with N.C. Wesleyan was not as satisfying. The Battling Bishops outlasted the Blue Jays 6-3 overall, going 4-2 in the singles matches and 2-1 in the doubles matches.

Despite the defeat, Hopkins senior Justin Kang was a standout performer for the Blue Jays, winning his singles match 6-0 6-1. Junior Scott Thygesen won a tightly contested singles match 6-2 6-7 (5-7) 1-0 (10-6), while sophomores Joe Cartledge and Austin Gu eked out a 9-8 (8-4) victory in their doubles match.

On Friday, Hopkins cruised past Gettysburg, winning the Conference match 8-1. The Blue Jays finished 5-1 in singles matches and 3-0 in doubles matches.

The results of Saturday’s two matches were identical to Friday’s, as Hopkins also defeated both Muhlenberg and Christopher Newport 8-1. The Blue Jays went 6-0 in their singles matches and 2-1 in their doubles matches against both the Mules and the Captains.

Simon spoke about the team’s mindset going into the week.

“It all comes down to mental toughness and preparation. The upperclassmen set a great example for the freshmen on how to carry themselves on the court and how to approach practice with the same focus and intensity that we have in matches,” he said.

After going 3-0 in singles and 1-1 in doubles over the course of the three days, Simon discussed his individual approach to his matches and how he maintained his consistency.

“In terms of the matches I played this week, I tried to remain focused and aggressive. Playing so many matches in such a short period of time can often lead to lapses in intensity so my goal was to keep a high level of intensity throughout every match,” Simon said.

The Blue Jays, while relatively young, are entering the heart of their Conference schedule with a high level of confidence. The team’s chemistry is very strong, which has been a key factor to its early success this season.

“Although our team is very young, we have great camaraderie and a high level of talent that makes up for our relative lack of experience,” Simon said. “Moving into the postseason, it all starts with winning the Centennial Conference Championship. Beyond that, our goal is the same is as it is every year, to win a national championship.”

According to him, as Hopkins approaches the postseason it is critical for the team to build on its winning culture by learning from their experience.

“It all starts with the team atmosphere that comes from our coaches and upperclassmen who have been through this before. The coaching staff does a great job preparing us to win,” Simon said.

The upperclassmen, especially, have worked with the younger members of the team to respond to adversity and to treat their shortcomings as building blocks for future success. The result is an extremely resilient group of players that has demonstrated consistent improvement during the course of the season.

“We have a young team, but the underclassmen are growing into their roles. We’re confident in our work ethic and our resolve as a team,” Muraika said. “We’ve had some tough losses and hard-fought wins so far. In past years, close regular season losses have strengthened our mental toughness, and this year should be no different.”

The Jays will look to continue building on their momentum when they hit the road for their next two matches. They will battle the Haverford College Fords on April 14, followed by the Franklin & Marshall College Diplomats on April 18.

For senior athletes, COVID-19 spells the end of athletic careers

By BRANDON WOLFE | 3 days ago 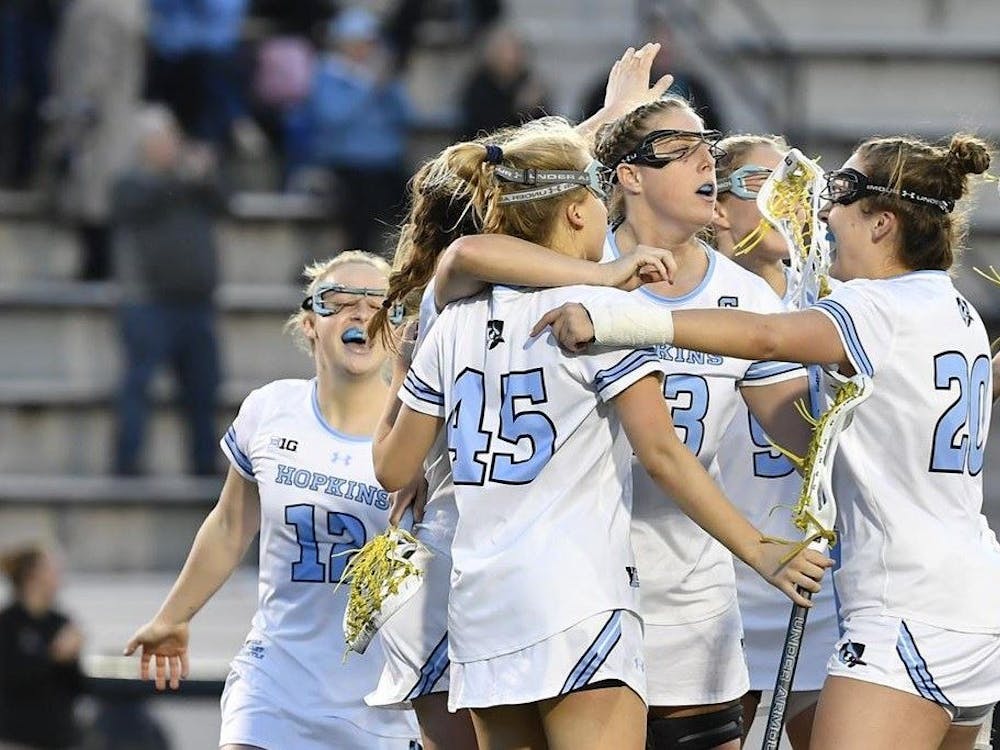 The Lakers stake their claim for best in the NBA