My relationship with journaling

COURTESY OF GABRIEL LESSER Journaling has given Lesser an important outlet throughout quarantine.

Was it a bummer having the end of your senior year taken away from you?

I was asked this question the other day, as I sat here on our Homewood Campus, and I hesitated. If one were to have asked me this question back in June, my answer would have been a bitter, whole-hearted yes. I would have acted as if the entire world revolved around us seniors in high school. I would have walked around begging for everyone’s pity and attention due to our canceled prom and our virtual graduation. And I would deliriously have said that the Class of 2020 were some of the most affected by the pandemic.

I think the reason I now hesitate to respond to this question is because my perspective has shifted so intensely over the past several months, and I’ve never really had time to settle down and process my changing views.

When COVID-19 started escalating in the U.S. last March, I read somewhere online that “we are living through historic times” and that “we should all grab a notebook and pen and start documenting our experiences.” At first glance, I thought this was a bit ridiculous: What could be so important about my perspective anyway?

Alas, that same night, on March 8, I grabbed a pen, a marble notebook and started journaling for the first time. I wrote about my disbelief that school had just been canceled for two weeks, my disappointment that the “senior skip day” tradition would no longer happen and my secret excitement for an “early spring break,” one where I wouldn’t need to study for my upcoming biology or calculus tests. Every day from March 8 to June 26, I scribbled aimlessly in that 200-sheet marble notebook, pouring out every honest, raw emotion that appeared in my mind. Some days, writing felt like a chore; other days, it was the one thing I looked forward to.

When I graduated high school at the end of June, I felt like a chapter in my life was closing, and I promised myself I wouldn’t obsess over journaling; I wouldn’t force myself to write on a daily basis, rather I would only journal when a thought truly inspired me.

I acquired a second notebook, and I wrote sporadically and intuitively throughout the summer, capturing the highs of the warm weather, the ease of seeing people safely outdoors and my enthusiasm for my first semester of college. The latter ended up being a virtual, remote semester, but yet again journaling became a way to vent and cope with my frustrations throughout the fall.

I recently completed writing in my second notebook, which somehow lasted from the end of June to mid-February. As I look back at the pages, I am filled with a sense of warmth and comfort. Seeing a glimpse into my personal thoughts provides me with a feeling of familiarity but also an opportunity for reflection.

As I revisit this journal, I now notice the subtle differences in my mindset; as I shifted from summer to the virtual fall and now, into my first semester on campus, I have had to prepare myself for the unexpected on multiple occasions, constantly keeping an eye out for disappointment and for an announcement about “a change in plans.” Although this has been emotionally draining, it has influenced me to start living in the moment and thinking on a day-to-day basis.

Now, as I look at the bigger picture, I reflect on moments from March to now. I see that I am not the same person that I was 11 months ago, and that is okay. This past year has made me feel lackluster, inefficient and unmotivated. It has been a disorganized, chaotic mess, but it has also inadvertently been a year filled with immense emotional and intellectual growth. I now realize the power of my own perspective. My voice is my voice: It’s something no one can ever take away from me, and it’s a tool that only I can implement. Journaling has taught me how to express myself authentically and unapologetically through a candid, unfiltered lens.

Yes, I write to connect with others, but I also write for myself. Writing, for me, is therapeutic, cathartic and fulfilling. Writing is what helps me reach conclusions and achieve closure.

So, to answer the initial question once again: Yes, it was a bummer having the end of my senior year taken away. But, I’ve been bitter for way too long, and it’s exhausting. It’s time I move on and start looking at the bigger picture rather than trivial events. I’m ready to put the past behind me, focus on “the now” and see what the present has to offer.

Gabriel Lesser is a freshman from Westchester, N.Y. studying Neuroscience and Romance Languages. His column explores his memories along with his current reflections and the lessons that he has learned. 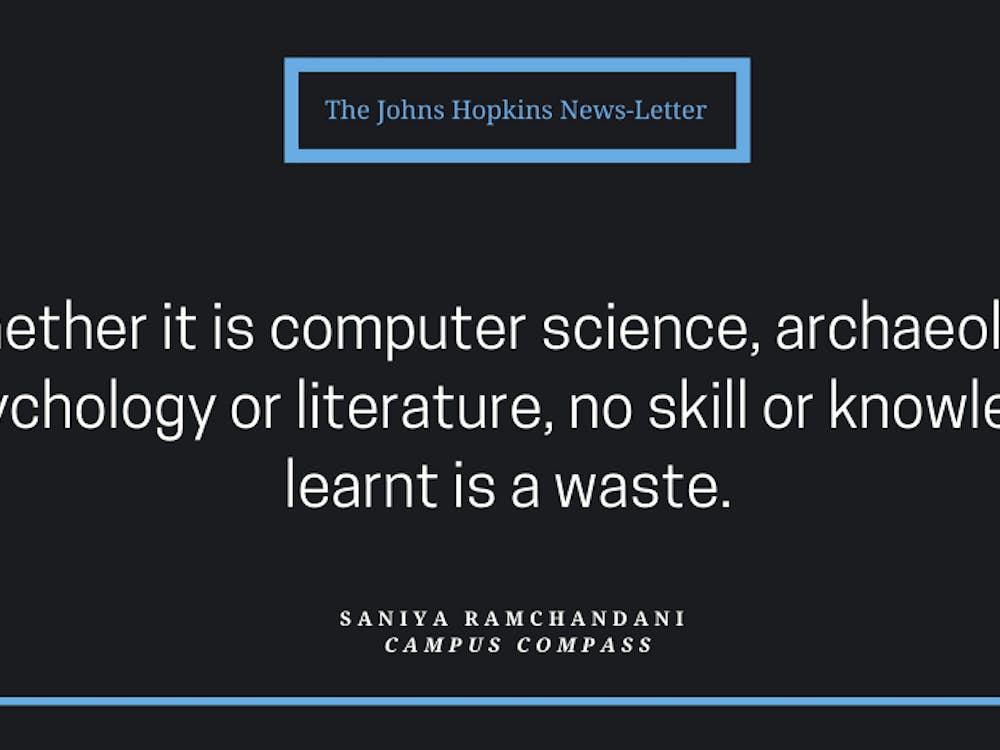 By SANIYA RAMCHANDANI | 5 days ago