Forever a TIPster: How childhood summers shaped the woman I am today

Perlman made friends at TIP who she is still close with today.

I watched as the USPS truck sped out of our sleepy cul-de-sac. I scurried up to the mailbox, flung open the lid and ripped open the letter. It was finally here, and I was in. I had been accepted to Duke University’s Talent Identification Program (TIP). I would get to spend three weeks of the summer on a college campus with other seventh graders. The only caveat was it was an educational camp, but that was the part I was most excited to experience: learning at a college with other kids my age.

Most people at school laughed when I said I wanted to go to this summer camp, and I understood why. It was kind of nerdy. It wasn’t an outdoor adventure camp like the one featured in The Parent Trap, but I couldn’t wait for June to arrive. Before I knew it, I had loaded up my bag and was headed for camp.

Being an only child, I knew my parents were freaking out that I was going to be gone for that long, and honestly, I was too. I pretended to be cool about it, but I was scared. I had no idea what my roommate was going to be like; plus, I was used to having my own space all the time.

As we pulled up to Appalachian State University, my mom started speaking rapidly to cover her nerves. They got me all settled in, and as we were saying our goodbyes, my new roommate came in. The tips of her dark hair looked as if they had been dipped in liquid Skittles. She wore a peace sign necklace, and as soon as she walked into the room, I felt better. I was going to have a best friend to get through this with, and that’s exactly who she was. She confidently introduced herself to my parents and to me, and her mom hugged me as if I were her own. We quickly began talking, and before we knew it, our families had gone, and we were alone, together.

Morgan was unlike anyone I had met. She was spontaneous and quirky. She was obsessed with One Direction, and she genuinely wanted to be my friend. She shared stories about her horses and about Tennessee, and I told her about my small town and how people thought I was weird for going to “nerd camp.” Morgan told me that people laughed at her too, and we quickly bonded. The feeling of homesickness that plagued me for the first few days disappeared. We stayed up until morning practically every night. We seemed to always be getting in trouble for being loud and for coming up with the most ridiculous antics. We made our mark for sure.

For instance, every Friday night there was a dance. Morgan tried to teach me how to “properly” apply mascara because apparently my lashes weren’t reaching their full potential. She attempted to put it on me, but I absolutely could not stand anyone touching my eyes. I couldn’t even touch my own eyes or put eye drops in, so obviously, I was not thrilled when I saw that wand approaching.

Since I wouldn’t sit still, she climbed up this 7-foot armoire (one she would later knock over) and used the mascara to draw a large X on the popcorn ceiling so that I would have something to look at while she coated my lashes. That was definitely on the list of things we got in trouble for, as was the night we told the most annoying residential counselor that we hoped she would get stuck in the elevator (not our best moment).

We were a chaotic duo. We crushed on boys and giggled about who would ask us to the dances. It didn’t seem possible that the next day could be better than the one before, but it always was.

Morgan and I shared our secrets and talked about everything. For the first time, I had found a friend who genuinely understood every side of me, including the nerdy side. She was just as weird as I was. Well, not exactly... She was definitely cooler than me, except for that time she almost sliced her finger off trying to open a package of Little Bites with her key. Being at TIP was the first time I ever felt like I truly belonged, and I owe a great deal of that to Morgan. We became best friends, and we were inseparable.

Three years later, we were at the University of Georgia for our last year at Duke TIP. Our duo had expanded to six: Madi, Morgan, Virginia, Deniz, Abby and me. We were a squad (yes, that word was still cool then). We spent every second together, and we did the dumbest stuff.

We even had TIPmances (yes, unfortunately that is what we called mini relationships). Morgan and Virginia tried to set me up with the boy we met in the library, and we even planned this elaborate scheme for him to see me while we were with our RC group at dinner in Athens. They drew up this detailed plan about how they would distract the RC so that I could have a mini date with this boy. We had cues and signals to employ if our plan started to crumble. The plan was for us all to eat together, and then a few of us would get up and walk around and chat while the others kept an eye on the RC group.

I think our plan pretty much failed, but it didn’t matter. The fun part was making it and trying to break rules and get away with it. We didn’t get caught, but I know my heart was racing as the RC called us to hurry along. Wherever we went, some form of trouble followed.

We cried over Toxic Waste candy, attempted to leapfrog over giant poles, made countless Dubsmashes (which will never see the light of day) and danced like middle schoolers every Friday night. Morgan and I were the emcees for the talent show, and I was declared TIP Jester. If you know me, you can see how fitting that was. We made memories we would never forget.

The six of us have stayed in touch. We have a group chat that we text in at least once a week, and it’s been almost six years since we have all been together. These are some of the most amazing women I have ever met, and this group and everyone else at TIP changed my life. I learned how to be confident and how to accept myself, especially the nerdy and weird parts. These people gave me a home, and this year TIP closes forever. I will never be able to fully articulate what Duke TIP meant to me, but I will always have the memories, the stories and the friendships. Once a TIPster, always a TIPster. 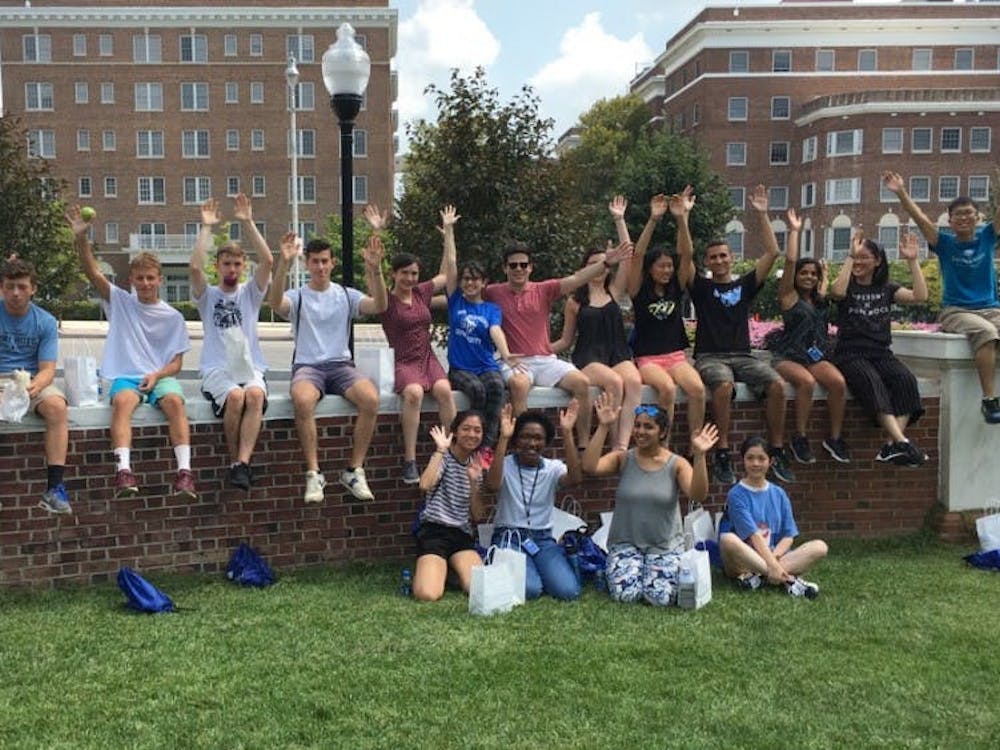 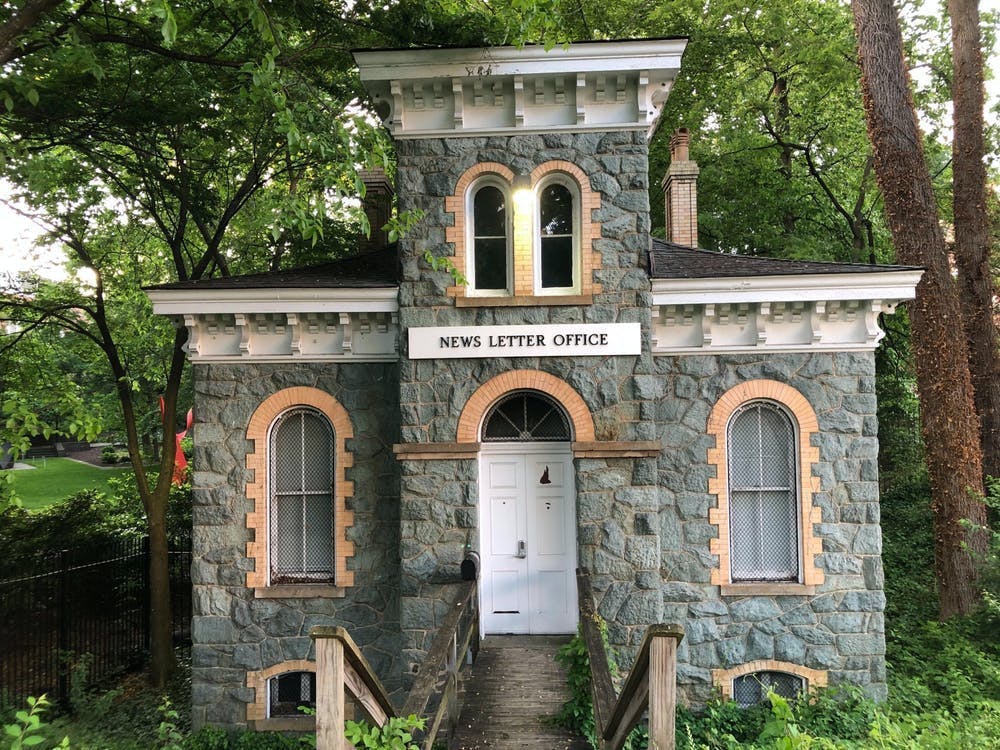 Why we joined The News-Letter and why YOU should, too! 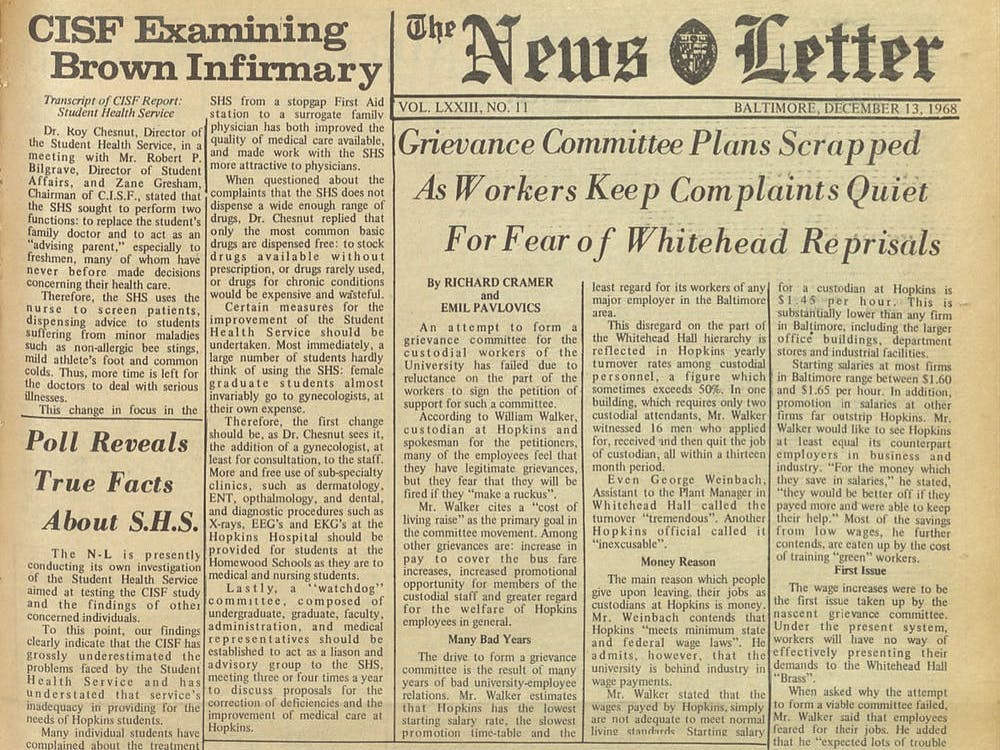 Finding our niche at The News-Letter