Restaurant-bookstore to open in Charles Village

Junior Smitha Mahesh shared her excitement about the new arrival in an email to The News-Letter. Mahesh expressed that she liked the convenient location of the restaurant, as a resident of the nearby apartment building Nine East 33rd.

“I loved visiting this restaurant in D.C.,” she wrote. “I look forward to studying and doing my readings in the cozy eatery.”

Junior Eric Rong explained that Busboys and Poets is a well-known name in the D.C. area, where he is from. In his email to The News-Letter, Rong discussed the benefits of having a wider variety of food options around campus.

“What might set Busboys and Poets apart is that it has a clear goal of advocating for its local community, which is great, and hopefully can help break the Hopkins bubble,” he wrote.

Senior Sebastian Durfee wrote in an email to The News-Letter that he does not think the restaurant’s presence will change much about campus life.

Durfee argued that, while getting new quick food options tends to please students, sit-down restaurants are not Charles Village’s forte.

“I fully expect that the restaurant, hoping to capitalize on JHU’s student body, will find itself underperforming due to students’ lack of desire for restaurant-style dining,” he wrote.

Junior Madeline Amonick stated that she was a fan of Busboys and Poets as a D.C. chain and she looks forward to having them in Baltimore.

“As a reader who loves attending community events, I’m never opposed to spaces that increase literacy,“ she said.

The chain will be located near Bird in Hand, a café-bookstore. Xandi Egginton, sophomore and Bird in Hand barista, noted that there is already a lot of nearby coffee shop-bookstore hybrids.

“Busboys and Poets has noticed how Bird in Hand, for one, has grown,” he said. “Charles Village is a pretty ideal spot, because it serves a very local community but also has Hopkins students and professors to rely on for profit and event organization.”

Egginton said that it is hard to tell how the opening of Busboys and Poets will affect the café-bookstore, because Bird in Hand is a small business, not a chain. He explained that they know their regulars and that the sense of community there is an attraction.

He added that, since Busboys and Poets is more streamlined and has a full bar, it might reduce Bird in Hand’s evening crowd.

“That being said, Bird in Hand is still growing. Our new owner has had less than a year at the helm and already the business has seen major growth,” he said.

Mahesh explained that Busboys and Poets provides a separate purpose, rather than competition.

“Busboys and Poets has a larger restaurant and bar vibe, with a larger collection of books,” she said.

Durfee explained that rather than the two being in competition, Busboys and Poets and Bird in Hand can work together to promote literature and art accessibility.

“The two similar establishments, both modeled around expanding access to the arts and culture, will work together to drum up an even greater appreciation for literature and art than either of them could have separately,” he said.

In contrast, Amonick worried that Busboys and Poets would directly compete with Bird in Hand.

“We’ll all have to be really diligent about how this space lets new upcoming projects affect current spaces,” she said.

However, Mahesh stated hopes that this competition would incentivize creativity in the community.

“Along with Starbucks, [they] will have to bring their creativity to the peak to attract their customers in unique ways,” she said.

When asked about their thoughts on the new opening, Emma Snyder and Emily Rosen, who are the owner and the general manager at Bird in Hand respectively, wrote to The News-Letter that they learned about it from community members.

“They [community members] were confused as to why a second bookstore/restaurant concept might be encouraged to move onto the block, and, honestly, we are too,” they wrote.

Rosen and Snyder explained that independently of Busboys and Poets, Bird in Hand is introducing new features such as a bar program, extended weekend hours and monthly events such as poetry readings, food justice conversations and public humanities discussions.

Alisha Byrd, director of marketing & strategic partnerships of Busboys and Poets, declined to comment at this time. 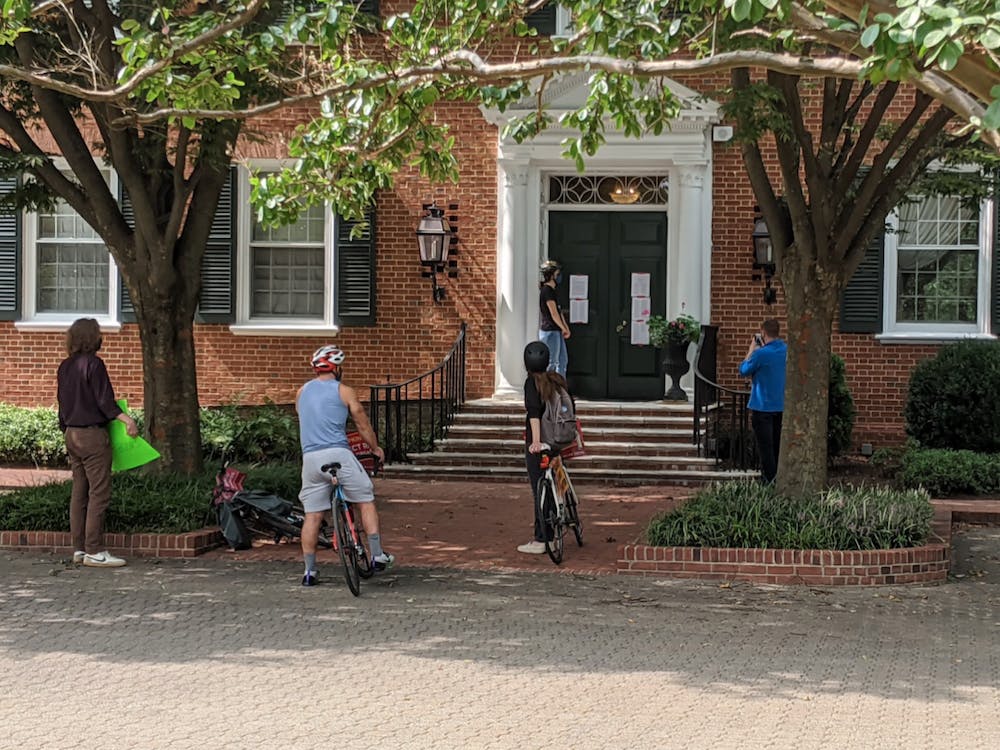 By CHRIS H. PARK | 4 days ago
Comments powered by Disqus