Love after love: Finding myself after my first heartbreak

Before I ever experienced romantic love, I spent years wondering how it might feel. From early 2000’s Taylor Swift ballads to my grandparents’ slow dance at their 50th wedding anniversary: The world around me was teeming with romance. Beyond that, when I turned 13, the interrogations began. At family reunions, elderly men I barely knew would pinch my cheeks and inquire, “So, any dates? A beautiful girl like you, I’m surprised you’re not already married.” Please keep in mind, I was 13 years old.

Yet, despite the strangeness of these anecdotes, my experience is actually quite universal.

This is something I see even more prevalently now, as a senior in college. As my peers and I age, we feel increasing pressure to “find someone.” Women compare themselves to their coupled-off friends, panicking about the implications of being single. “Am I not pretty enough, not suggestive enough, not cool enough, not approachable enough? What’s wrong with me?” It is a downward spiral of self-deprecation: one that even I, around sophomore year of college, found myself falling into.

But none of my anxieties or my romantic musings could prepare me for the eventual realities of love.

It happened in the fall of 2016, under circumstances as clichéd as they can possibly be. I was studying abroad in Prague, and we were both students in film production. He sought me out immediately. I’m not sure why I caught his attention (Was it the bangs? The stretching in public?), but only a day after we met, this boy was already making a concentrated effort to stand next to me on our tram ride to class.

Every morning, he would elbow his way through our classmates, place his hand inches from mine on the railing and proceed to interrogate me: “What’s your favorite movie? The best meal you’ve ever had? Your favorite childhood memory?” My roommates called him my “adopted Labrador,” mocking how he would audibly pant every time I smiled.

Ordinarily, this would have irked me. Despite my romantic leanings, I had built up a low tolerance for men who gave me unsolicited attention. Yet, I found him oddly charming. I also figured that soon enough, he would grow tired of my boring answers to his questions, realize I was not the Manic-Pixie-Dream-Girl he envisioned and move on.

But that didn’t happen. A week after we met, he asked me on a date. Then it all happened — as the cliché goes — so fast.

He asked me on seven dates in a row — glow-in-the-dark mini golf, waterfront dining, paddle boating, a walk through the rose garden — before eventually “popping the question” like a proposal: “Will you be my girlfriend?” Suddenly, I found myself embodying the fictional couples I had long observed. We made each other playlists, we bought each other flowers and we texted each other mushy compliments every second we were apart. It was (by some definitions) “disgusting,” but in the thick of this romance, I felt more special and validated than I ever had.

As in the case of many abroad romances, however, this one did not stand the test of time.

Eventually, it was “long-distance” (Washington D.C. versus Baltimore) that tore us apart. He was an extreme workaholic, and once we returned to the U.S., he struggled to prioritize an emotional connection over his career ambitions. We broke up in February of 2017, after a tearful phone call in which he proclaimed that he wished he could be “good enough for me.” At the time, this felt oddly inconclusive. I could not accept this as the end.

For the next seven months, we stayed in contact. In retrospect, that was incredibly unhealthy. Looking back, I realize that I clung to this relationship because I believed it was the best thing that ever happened to me. This boy gave me my first taste of romantic love, and despite how obsessively I had studied the theories (TED Talks by Helen Fisher, lectures by Socrates, poems by E.E. Cummings, lyrics by Frank Sinatra), but no science or art can fully encapsulate the feeling of loving. It was a comfort and an addiction that I could not let go of.

To my defense, neither could he. It took nearly a year of toxic “friendship” for me to realize that I needed to move on. Mutually, we agreed to stop talking. And that was the wisest decision I ever made.

In the months since, I have filled in the spaces of romantic longing with deep appreciation for myself. I realized that I cherished this relationship not so much for who he was but more so for who I was with him. A week after we stopped talking, I confided in my mother, “I just miss having someone to fret over: to send cheesy words of affirmation, to share my favorite songs with, to tell about my day. I miss having a favorite person.”

My mom replied, “What if your favorite person is yourself?”

I know it sounds ridiculously narcissistic, but in time, this has become the truth.

Since my breakup, I have found so much fulfillment from friendships. There are dozens of people who fill my life with joy and support, and these are now the people I text with emoji-laden compliments and updates about my day. I have learned that the comfort of loving does not have to be romantic. At the end of the day, however, I believe that the strongest bond you will ever experience is the bond you create with yourself.

Before my breakup, I did not quite understand this. I did not see the allure of “me time,” but nowadays I cherish it. I write myself encouraging post-its; I buy myself chocolate; and I make myself playlists. Like any serious relationship, this self-love is a bond I have put time and effort towards maintaining. And I am proud to say, we are still going strong.

Where to eat vegan in Baltimore 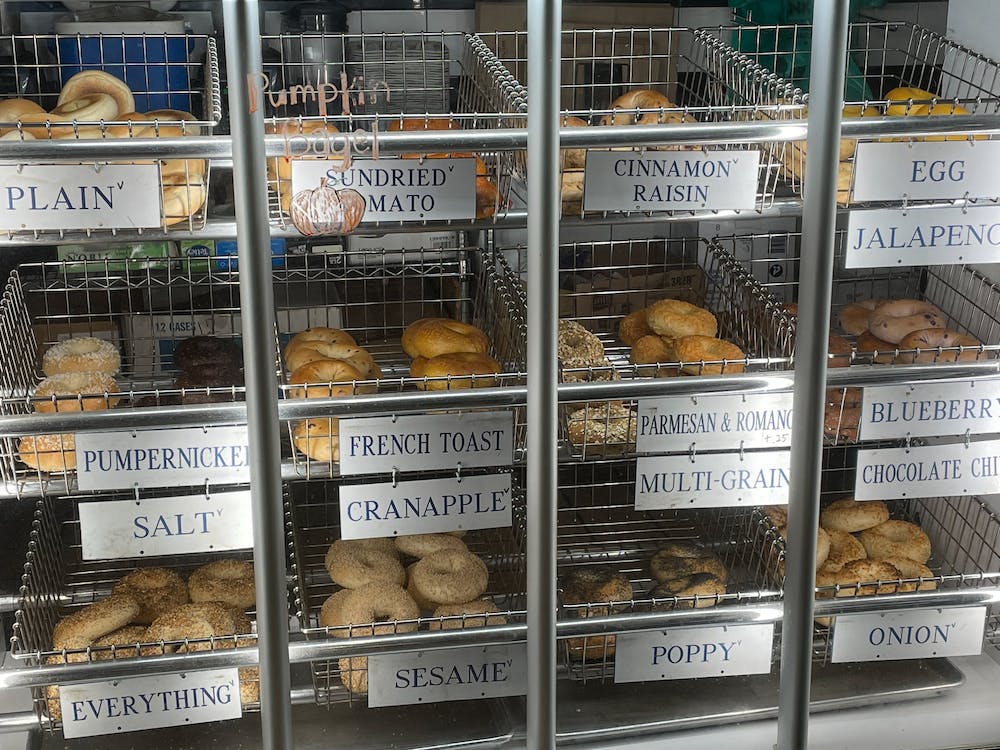 The search for Baltimore's best bagel