You haven’t been to Thai Restaurant? It’s the best Thai near campus — or so a fellow food fiend told us. And after that, we heard about Thai Restaurant everywhere — friends picking up takeout, an Instagram post and then another taking over our feeds. Why had no one bothered to clue us in sooner? And the place is Zagat-rated. Upon hearing all of this, and as devoted foodies of Charles Village, we knew it was unacceptable that we hadn’t yet been. We bumped Thai Restaurant to the top of our list, letting it glide VIP-style past places like Birroteca and Parts and Labor that have long been waiting in line.

We went in with high hopes for Aroy Pad Thai and more. So maybe we went in with over-ambitious expectations. But we were, reluctantly, underwhelmed. We decided to stick to our typical Thai favorites: Pad Thai, Pad See Ew, drunken noodles and Thai fried rice. We added on beef satay as well as steamed spring rolls (we were hungry, to say the least). After placing our order to a sweet-sounding man on the other line, we were thrilled to hear that our feast was just 15 short minutes away.

We hopped in the car and drove about two minutes towards 33rd Street and Greenmount Avenue, stopping for gas before seeking out the restaurant that was supposedly across the street. While filling up our tank, we looked for 3316 Greenmount Ave. But, we couldn’t spot it — they weren’t kidding when they said it was a hidden gem. We decided to call the nice man who’d taken our order, and he explained that his Thai palace was just a few storefronts down from King’s Fried Chicken. As we were about to pull out from the gas station, we got a call from the nice man at the restaurant.

He was concerned that we hadn’t made it there yet and wanted to check that we were all right. We made a beeline for the place and there, hidden behind two huge trees, was the one and only Thai Restaurant. Once you find it, you can’t miss it, identifiable by a big sign that reads: “Thai Restaurant Fine Cuisine” in once-shiny plastic lettering.

Upon opening the door, we found the restaurant empty and the man waiting for us with our two take out bags in hand. “Pick up?” That’s us! We grabbed our bags, making significant dents in our wallet in the process, and we were on our way. On the way out, we noticed a 2014 Zagat Guide plaque on the wall rating the restaurant a 24 (on its 30 scale) with a blurb that read, “You really get your money’s worth at this pleasant little surprise in Charles Village.” With that, and the delicious smell filling the car, we made it home in approximately 60 seconds and were at the table with forks in hand 30 seconds after that (but not forgetting napkins on our laps, of course).

Traditionalists, we started the meal with our appetizers. The steamed spring rolls were lettuce wraps filled with vegetables and drenched in sweet and sour sauce. Though we’re not fans of our food sloshing around in sauce, the taste was tangy and the vegetables fresh. The beef satay ended up tasting more like beef jerky, not to mention the toll its chewiness took on our dental work. The smokey peanut sauce made up for the texture somewhat, but not enough for us to finish the skewers. Disheartened but still hopeful, we moved along to our entrees.

We started with the Pad Thai, which had all of the typical ingredients — rice stick noodles fried with bean sprouts, egg and Thai spices. But, much to our dismay, there was no slice of lime! There’s no doubt the dish was good, but given our high expectations (and the number of different Pad Thais we’ve tried in our 21 years) we were not blown away.

Finally we tasted the Thai Fried Rice — you all know what that is: fried rice with broccoli, onion and soy sauce, served with cucumber and a wedge of lime. Again, the dish was solid and decent but nothing out of the ordinary. And by this point, the takeout containers were starting to get cold, which probably didn’t help. Blame our laziness and insatiable appetites... that’s not Thai Restaurant’s fault.

Perhaps we went in with our expectations too high. Or maybe we’re not as familiar with other Thai options in the neighborhood as we should be. Regardless, the food at this Thai Restaurant is the answer if you’re looking for a quick fix to satisfy your Thai tooth. The Pad Thai won’t let you down (but maybe BYOLime). The service is fast, which is hugely important for hungry students on a tight schedule like us, but we found it a little on the pricy side for what it was.

We’ll have to slightly disagree with our Zagat superiors on this one, but we should probably admit that we’re extremely critical, especially during midterm season. We haven’t given up on Thai Restaurant, and we’ll definitely be back to give it another chance. In the meantime, go, munch away and see for yourselves! 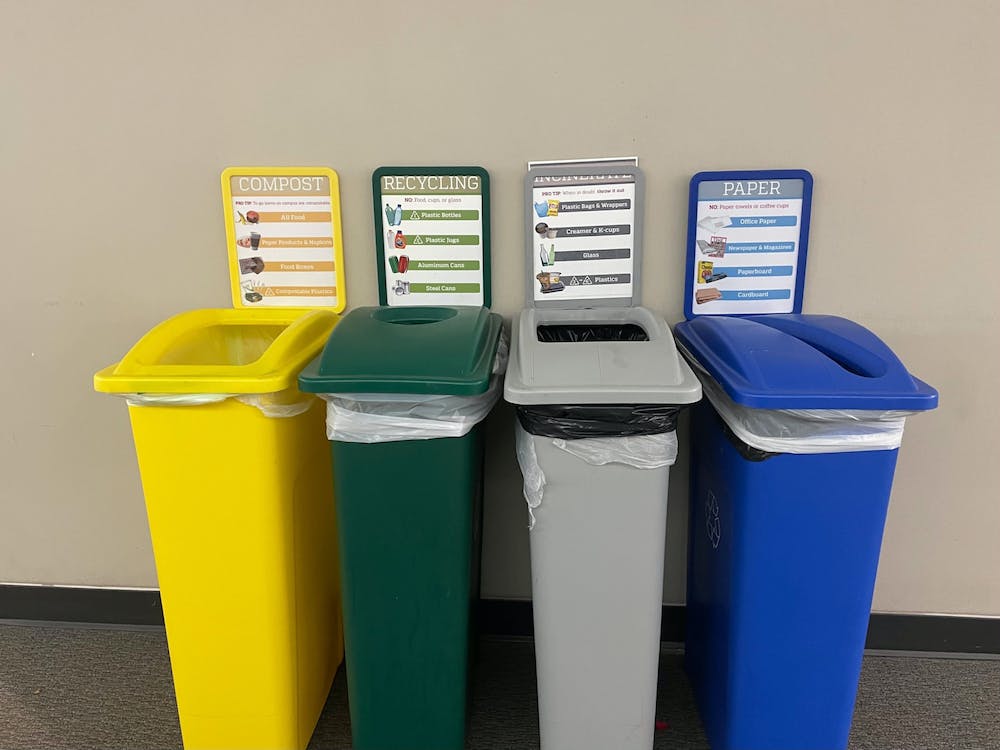