BRAZIL MINISTRY OF COMMUNICATIONS / CC BY 2.0

Lunia explains why Musk’s acquisition of Twitter is good news for the social media platform.

Among other things, one of the main problems with Twitter has been too much censorship on the platform. While the censorship may have been undertaken by the company in order to curb hate speech and misinformation, the problem was this: the rules around what to censor and what not to censor were drawn up by a bunch of Twitter employees. Effectively, a small group of techies got to decide what users saw and thus thought.

On Oct. 28, a day after completing his acquisition of the company, billionaire Elon Musk sarcastically tweeted, “Comedy is now legal on Twitter.” This is symbolic of Musk’s core mission at Twitter — to promote free speech to the fullest extent possible. And it’s something that fuels my optimism about the acquisition.

Even before the free speech saga, as early as 2018, Musk was vocal about other concerns he had with Twitter, namely the existence of various bot accounts on the platform. However, before 2022, he was never critical of the company’s management. It was only once Twitter removed former President Donald Trump’s account after the Jan. 2021 attack on the Capitol that Musk brought free speech and Twitter’s restrictions into the conversation.

In March, claiming that Twitter failed to “adhere to free speech principles,” Musk brought up the need for a new platform. Around the same time, Musk was busy acquiring a large stake in the company and was in talks with Twitter management about joining the company’s board. He must have thought of this as a way to implement the changes he wanted to see in Twitter.

However, Musk didn’t go through with joining the board, and instead made an offer to buy the company. After a series of complicated lawsuits, he did in fact end up buying the social media giant for $44 billion. Through the acquisition, Musk aims to promote freer speech on the platform which in turn will ensure the better functioning of democracy. There are several reasons why I think Musk will be able to achieve this and more.

First, there is Musk himself. The entrepreneur’s super-focused and visionary personality is just what Twitter might need to create good change. He also possesses the ability to manage finances in ingenious, creative ways to get the work done. This is already visible in some of his plans for Twitter. Musk has been sensible enough to recognize the parallel needs of promoting free speech and protecting users from hate speech.

To achieve this challenging blend, Musk has come up with a plan to downrank worrisome content instead of deleting it altogether. This, he argues, promotes “freedom of speech” but not “freedom of reach.” I think this approach is very clever as it changes the role of Twitter from lawmaker to moderator. If the guy can develop reusable rockets, what’s democratizing a social media platform?

There are also the great connections Musk has, which can help him realize his Twitter dream. Some of the people he has recruited to the Twitter staff include Jared Birchall, Musk’s personal money manager, and Jason Calacanis, a Silicon Valley veteran. These are incredible people, people who Twitter wouldn’t have encountered if it wasn't for Musk.

Also, let’s not forget, he is the richest person in the world. He can handle one or two quarters of decreased earnings for long-term benefit. This ability to sacrifice short-term gains is something that is almost unique to Musk, not only because of his financial position but because he had motives other than economic gain when he made the acquisition. And he has great incentive to go through with those promises. Why? Because he has a reputation to maintain (you don’t get 115 million Twitter followers for nothing).

Then there is also the fact that Musk privatized Twitter. Instead of being available to the public to purchase stakes in, Twitter’s ownership is now restricted solely to Musk and his financial advisors. This not only gives the company more independence but also helps Musk make decisions that might not be favorable on Wall Street. That is to say, Twitter’s new executives can try out fresh ideas and take risks having to worry about the company’s stock price falling down.

Of course, I’m not saying that everything is perfect and Musk’s plan has no problems, but Twitter is certainly heading in a better direction than it was before.

Vardhman Lunia is a freshman from Jaipur, India majoring in Economics.

Editor’s Note: This article has been edited for clarity. 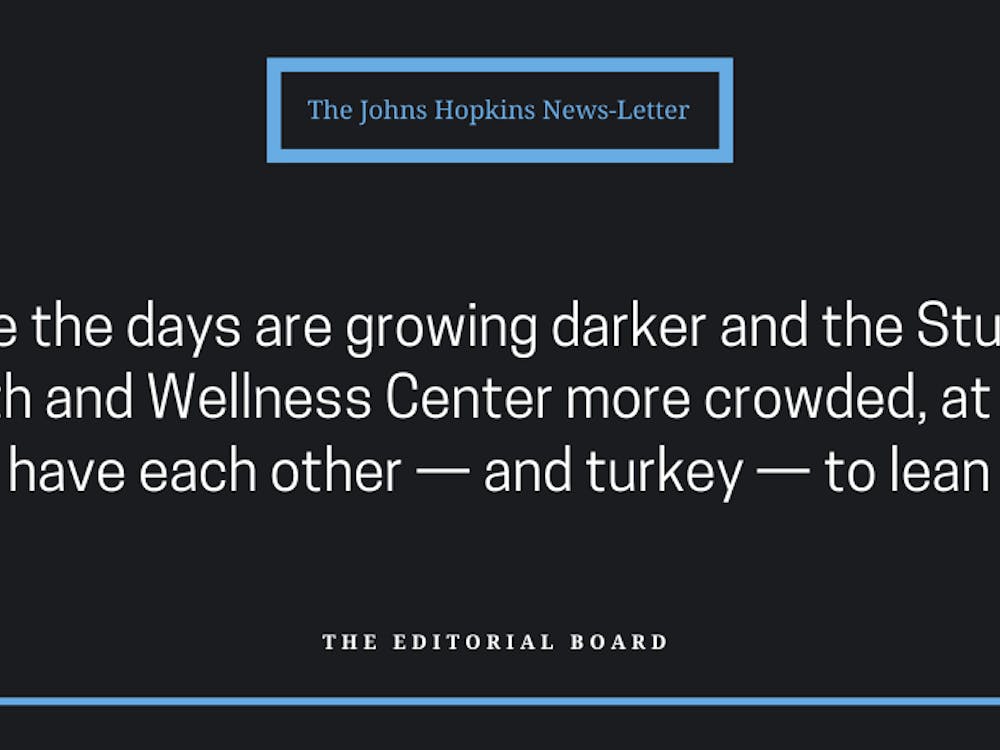 The News-Letter is taking a break. You should, too.

By THE EDITORIAL BOARD | November 17, 2022
Comments powered by Disqus