My first kiss (a bad trade)

Huang advises freshmen to learn to put themselves first after describing her first kiss experience.

My first kiss happened in a stuffy, poky bedroom. The room was dark, not unlike a cave. I was on a spring break trip with my new boyfriend at the time, and we shared the same bed in our rental home. The bed, quite dusty, occupied almost the entire length of the bedroom. Beside it was a single-hung window with horrible soundproofing. Throughout the night, I could hear cars zooming past or honking their horns. Not the most romantic setting.

After a day of walking, we got ready for bed. He slid his arm under my neck, and my head rested gently on his chest. Him on his back, me on my side. We stayed in that position, cuddling, before I tilted my head up, said goodnight and gave him a small peck on the cheek. As I was about to roll off his arm to my side of the bed, his body shifted toward me.

​​And bam, I felt the full force of his lips.

They were soft and fleshy, yet heavy on mine. He wasn’t a gentle kisser. He was voracious, as thirsty as a dog on a midday walk.

His advances caught me off guard, but I tried to ease into the moment. I kissed him back. I focused on my moans. But no matter how hard I concentrated, it was impossible to catch up to his level of vigor. There was no rush of joy, no warmth of endearment. The more his lips moved against mine, the more I wanted to pull away.

A low-grade anxiety settled in on me, and I became hyper aware of my blackhead-covered nose and pimpled cheeks. My body exuded a subtle stench of perspiration. I was sweating, not profusely, but enough to make my shirt cling to my back.

Now he was on top of me, his body like a boulder. My stomach was still bloated from dinner, and I panicked that my breath smelled like a disgusting mix of cod, pecans and toothpaste. I sucked in my stomach and begged my body not to betray me with a burp. I didn’t burp, bless me.

Meanwhile, he was in the throes of horniness, making soft, deep moans, and I didn’t know what to do or how to reciprocate. My anxiety whizzed through my mind like a bullet train: How wide should I open my mouth? What should I do with my lips? If I moan too loudly, will it sound like I’m putting on an act? Oh God. What are his hands doing?

As to what happened immediately after the kiss — that is a separate story in and of itself — but suffice it to say his horniness eventually dissipated. And when it did, he turned his back on me and dozed off.

I wanted to rewind, though I highly doubted I wanted to start over again. Maybe next time, this would feel more natural, more reciprocal. But there wouldn’t be a “next time.” A few days later, he broke up with me. He got what he wanted and was too tired to put in a bare-minimum emotional investment in this relationship.

I know I’m not the only one to have experienced a panic-fueled first kiss. Crappy kisses, crappy exes — we all have stories to tell. Crack self-deprecating jokes about my kissing skills. Roast my trashy ex. No big deal!

Except, I’d waited for my first kiss in giddy anticipation since my middle-school days of daydreaming. I always wanted it to be a special occasion (who doesn’t?), except never had a handle on what “special” entailed. All I knew was it didn’t feel right.

This unnerving sensation grew inside me. It started off amorphous and hazy, but I soon recognized this feeling as sadness. I was mourning something that never was, something I imagined to be beautiful and tender.

That night, I was a body, not a person. And it wasn’t even a body I loved. Before we went to bed, I scrubbed myself raw in the shower. I brushed my teeth until my gums bled. I shaved my armpits until pinpricks of blood appeared on my skin. I did sit-ups in the narrow bathroom until I was light-headed. I’d been so worried about catering to him that I’d replaced myself with the specter of my insecurities and convinced myself that I was insufficient, lacking.

What troubled me more was how, despite my physical and emotional discomfort, my first instinct was not to say I don’t want to continue. I did the exact opposite. I caved. I forfeited my comfort and wrote myself off to appease a man who took, took and took.

Giving in felt easier than refusing his advances. It was the path of least resistance. But by doing so, I’d invalidated myself when I should have asked myself “How I was doing. Did I want this? Did I feel comfortable? Was I at ease? Was I happy?” No. No. No. And no.

The answer had been so clear-cut to me, but then again, why did he feel entitled to my body when I felt like I didn’t? He held all the power and saw my reciprocation of his kisses as a green light to do anything he wanted with me. He’d focused solely on his pleasure, which as it happened, came at the expense of mine.

Clearly, it was a bad trade: My first kiss and body in exchange for the physical “affection” of a man who didn’t deserve any of them.

But as flawed as I may be, I am also awfully human. Now I reflect back not with disapproval, but with empathy. Not for him, but for me.

I want to give my past self a hug and tell her that she is not at fault. It can feel difficult to reject his advances when you had grown to trust him greatly. It can feel unwieldy to prioritize your needs before his when you were taught to be “nice” and accommodating. It can feel terrifying to believe that your refusal would ruin the moment when you were invested in this relationship. But your body is singularly yours. You had every right to say no.

Whenever I think back to my first kiss, to what happened immediately afterwards, I tell myself that compromising my selfhood — especially for the whims and urges of another — is never okay. I will not sacrifice myself for a sloppy, one-sided exchange of so-called intimacy. I will not appease a sexually charged yet emotionally unavailable man who demanded the physical benefits of a relationship without the emotional commitment.

I wish I could also say I am a changed person who has moved on, pain free. I wish he had faded away — a faint silhouette on the horizon — but he is still alive in my memory. There are simply no words to capture the hurt of being treated like a piece of gum under his shoe.

But my feelings and needs matter, so I tell myself: This is my body, this is my voice.

How to overcome imposter syndrome

My first date at Hopkins 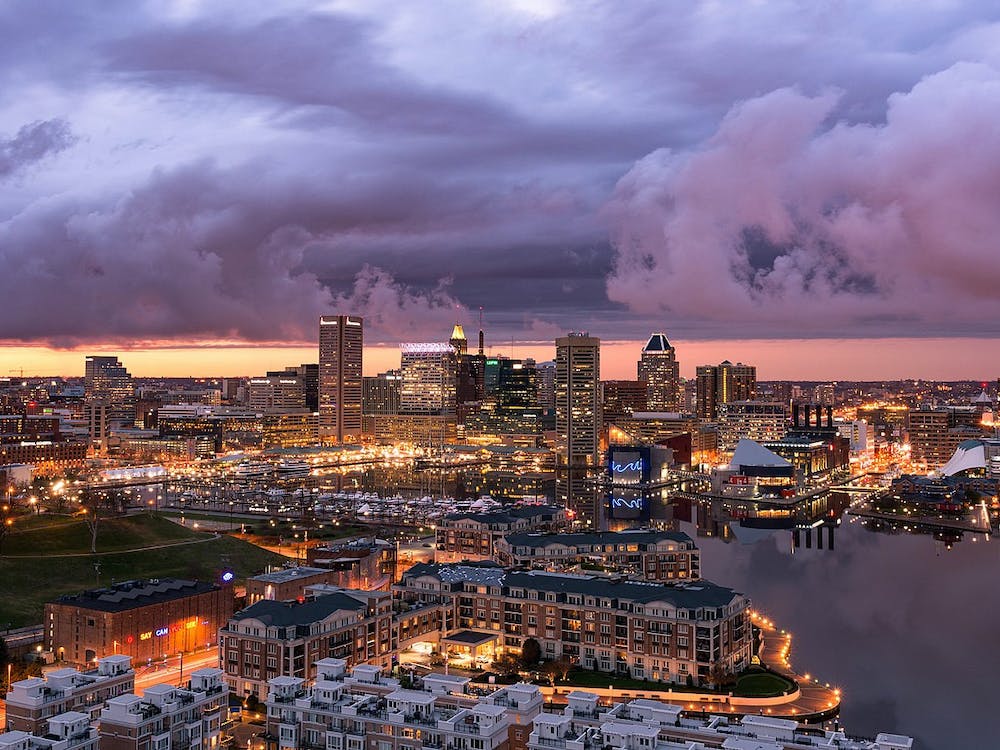 Small businesses to look out for in Baltimore