Four books that made me fall in love with science

There seems to be a stereotype going around that us STEM kids don’t know how to read. That we’re too engrossed with our mathematical proofs and cell cultures to be found between two pages of a book at Bird in Hand. From my interactions with several STEM majors, I would like to call cap on this idea.

The “Health and Science” section of any library is often incorrectly seen as some sort of “Mt. Sinai” of knowledge. The all-knowledgeable scientists hand down their tablets of knowledge in petite, simplified forms for the pea-brained populace to easily digest. On the contrary, science writing is about engaging everyone within the pursuit of knowledge, whatever their chosen career path. For example, in high school I met a veterinarian with the Centers for Disease Control (CDC), who cited The Hot Zone by Richard Preston as the impetus for her career. Likewise, my roommate just finished Maybe You Should Talk to Someone and is currently considering changing her major.

I probably would not be at Hopkins if it weren’t for the shelf of science books hidden in my town’s small public library. Below are some books that I feel have changed or are currently changing the trajectory of my life. I hope that you have fun exploring these as much as I have.

It’s weird to say you won a book, but, well, I won this book at a Model UN conference my sophomore year of high school. There was some weird rationale that knowledge was more important than trophies, blah blah. I guess it turned out to be true.

The Killers Within covers the rise of drug-resistant microbes around the world in addition to the scientists trying their best to stop it. I’ll be honest that the tone is a bit bleak (don’t read this if you are already wondering what the point of life is), but it is also utterly engrossing.

I distinctly remember starting a new chapter in my English II class and meeting a young female CDC officer investigating an outbreak in the Midwest. It was like I could see her tapping notes on the laptop in her hotel room. This was one of my first “I could do that” moments. I was interested in health science before then, but I had never seen myself as a head honcho type. But this woman was a head honcho, and she wasn’t a 75-year-old man. That was the same semester I transferred from a large public high school to a STEM high school. At one point I wrote an entire love letter to this book for the impact it had on my life, so I can’t over-emphasize how much I loved it.

2. A Canticle for Leibowitz

A year after reading The Killers Within, I was assigned this book at the STEM high school I transferred to. Even our English classes were science-themed; that semester we discussed the humanity behind discovery with Frankenstein and Bradbury. Too be honest, I didn’t enjoy this book while I was reading it, but I felt like I appreciate it most when I reflect on it today.

This work of fiction takes place sometime in the future, six hundred years after nuclear fallout destroyed modern society as we know it. A Catholic monastery in the American southwest has formed in efforts to slowly gather vestiges of what knowledge has been lost in a way. We see the monastery advance over the course of several hundred years along with society around it as it clashes with newly-formed empires about the role of technology in war and medicine. As someone who has spent a large amount of time contemplating their religion, this book helped me realize the complimentary yet complicated identities I have as both a scientist and a Christian.

Audiobooks count too. I listened to this book while hiking through Park City, Utah the summer before freshman year at Hopkins. I had just got the infamous email from housing that, due to COVID-19, I would be experiencing freshman fall at home with my parents. This also meant that I wasn’t able to start hands-on work with my microbiology lab as planned.

Like The Killers Within, I Contain Multitudes is about microbes. The tone, however, is much less bleak. The author, Ed Yong, makes you enamored with the idea that you, yourself, contain an entire ecosystem of bacteria. You know that the writing is good when you become engrossed in the chapter describing fecal transplants. The smooth narration and beautiful language describing microscopic organisms contrasted perfectly with my view of massive trees and rugged mountain ranges. While I was disappointed that I wouldn’t be doing in-person research that semester, this book reminded me of the science that was all around me.

This book is not explicitly a science book, but I believe it speaks to female scientists on a unique level. I’m not one to hold onto books; I feel bad seeing them on a shelf unopened for years on end. This book is different. I’ve already taken it with me on three moves. Even if I’m never going to read it cover-to-cover ever again, I still enjoy opening it for just that chapter or just that page.

You may have heard of Joseph Campbell’s The Hero’s Journey, which presents this idea that every hero from Achilles to Luke Skywalker has a similar story structure. However, Campbell also says that this does not apply to women in literature. Maria Tartar responds to this with her own exploration of heroines in folklore who save the day not in spite of but due to their femininity.

This book explores curiosity as a trait women have used throughout history to deliver valuable knowledge back to their communities and ultimately seek out social justice. Tartar gives countless examples of this, from Nancy Drew’s sleuthing skills to the modern #MeToo movement. While science is often viewed as a “historically” male-dominated field, Tartar reminded me that curiosity and discovery are also “historically” feminine. These are activities women have been doing long before they were allowed into universities and laboratories. Thus, I hope it is helpful to any female scientist who needs some role models besides Marie Curie.

While I could go on for longer, I’ll end this piece with the warning that these books made me fall in love with science, but they might not do the same for you. I would not say that this piece recommends any of the books above but rather recommends that you find the books that make you fall in love with your field, whether you’re a Biomedical Engineering or Psychology major. Reach out to friends, browse Goodreads or ask the staff at Greedy Reads for a recommendation. You’re one step away from falling into something new.

Ellie Rose Mattoon is a junior from Austin, Texas majoring in Molecular and Cellular Biology and Public Health.

SciPinions aims to offer students an outlet to present their opinion on debates in the scientific, technological or health fields. The opinions presented in this piece do not represent the view of The News-Letter.

By VIGGY VANCHINATHAN | 3 days ago

By TANVI NARVEKAR | 4 days ago 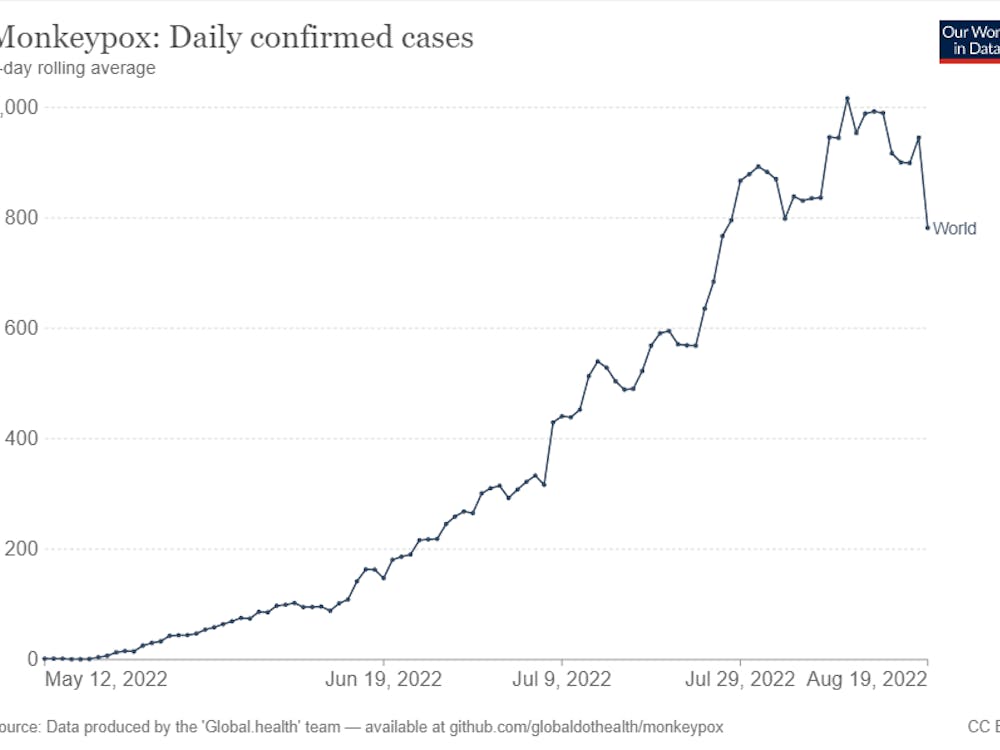 By KAIYUAN DU | 4 days ago
Comments powered by Disqus