How does the University's nonprofit status affect the city?

In 2016, Baltimore entered into a 10-year Payment in Lieu of Taxes agreement with anchor institutions such as Hopkins Hospital.

The U.S. government classifies most colleges and universities as nonprofits because of their “educational purposes,” exempting them from federal income taxes. This means that, despite operating four campuses in Baltimore, Hopkins is not legally required to pay the city any property taxes.

In 2016, Baltimore City entered into a 10-year Payment in Lieu of Taxes (PILOT) agreement with “anchor institutions,” whereby these institutions were required to pay the city a collective $60 million over the course of 10 years. The University, the Bayview Medical Center and Hopkins Hospital were all represented in this deal, with the University alone paying $1.8 million annually.

However, in 2019, many Maryland-based organizations called for PILOT to be renegotiated, arguing that it is only a fraction of what Hopkins would be paying if it were a for-profit institution. In 2019, the University would have paid $26.6 million in property taxes if not for its exempt status. When combined with the Hospital and the Bayview Medical Center, this number jumps to $65.4 million annually.

At the time, Alicia Wilson, the University’s vice president for economic development, told the Baltimore Sun that she did not support the renegotiation.

“It’s disheartening to be at a point where there’s even a discussion that a deal might not be a deal,” Wilson.

Liz Vandendriessche, assistant director of Public Relations, Media Relations, and Corporate Communications at the Hospital, explained in an email to The News-Letter that, despite not paying property taxes, the University contributes to the community through free care and benefits to patients.

“Over the past five years, The Johns Hopkins Hospital and Johns Hopkins Bayview Medical Center have provided $1.4 billion in uncompensated care and community benefits to people who need it,” she wrote.

But according to National Nurses United, Hopkins has made it difficult for patients to access charity care, despite receiving millions of dollars from the state of Maryland every year to provide free or reduced-cost care to low- and moderate-income patients.

All hospitals in Maryland are required by law to participate in community benefit programs to qualify for nonprofit status. However, a study conducted by researchers at the Bloomberg School of Public Health and the Carey Business School found that the most profitable hospitals in the U.S. are categorized as nonprofits.

Other esteemed hospitals — including Mayo Clinic, Cleveland Clinic and Massachusetts General — have been scrutinized for their nonprofit statuses and accompanying tax exemptions. While some studies have found that, on average, nonprofit hospital programs equal out to what institutions would theoretically pay in taxes, lawmakers and activists have argued that these programs do not actually serve the communities they reside in.

When compared to other hospitals in Maryland, Hopkins is ranked the most charitable in terms of dollar amount spent, yet is ranked fourth to last when looking at spending as a percentage of operating expenses.

Vandendriessche explained that any revenue the Hospital makes is solely in the service of fulfilling the institution’s mission to improve the health of the community by setting the standard of excellence in medical education, research and clinical care.

“Funds also go toward vital medical research, training and education, our facilities, equipment and supplies, and to support our incredible team of physicians, nurses and other caregivers,“ she wrote. “We consider this the right balance to support our overall mission and the communities we serve.”

For over 30 years, Peter Sabonis, the director of Partners for Dignity and Rights, has worked with grassroots organizations to provide legal aid to people experiencing homelessness in Baltimore.

He noted that, from a legal perspective, he understands the University’s tax-exempt status. However, Sabonis believes that Hopkins fails to meet expectations for a nonprofit.

“The University’s argument is that they do so much in other ways, but all I can say to that is: Talk to the folks in the neighborhood. See if that message is getting out,” he said. “I don’t care what you say you’re doing; it’s not translating. Hopkins does not connect to the community.”

Terrel Askew, who works with the Baltimore-based human rights organization United Workers, noted that the PILOT agreement is only one of the many concerns he has regarding how the University treats the city.

“The PILOT, to me, is like the cherry on top of the sundae of horrible things that Hopkins does to communities,” he said.

Askew cited the East Baltimore Development Initiative (EBDI) as an example of the University’s negative influence on communities of color.

Through the EBDI, Hopkins demolished properties near its Medical Campus in East Baltimore to build mixed-income housing as well as research and office space for the Hospital.

According to Askew, the EBDI epitomizes the University’s mistreatment of the city.

“The relationship has produced grossly unfair results for communities of color,” he said. “I can remember what that community looked like 20 years ago. I see how the University has leveraged that relationship to destroy whole communities.”

Sabonis described the University’s Live Near Your Work policy as another action that gentrified the city. Through this policy, Hopkins offered grants of up to $14,500 toward down payments and closing costs on homes in designated areas near University campuses.

The goal of this program is to encourage the University’s employees to live in Baltimore. However, Askew pointed out, the Live Near Your Work policy did not apply to all University workers and employees, such as the dining staff, are not eligible for the grants.

According to Askew, the University did not respond to activist demands around this policy.

“My first campaign with United Workers was speaking out about the fact that the University was not opening up its Live Near Your Work program to temporary workers and to their contractual workers,” he said. “I remember them accepting the demands of the groups that presented their demands in a letter and then not contacting anyone. They did not call me back.”

Askew believes that the city continues to cement its notorious reputation among Baltimoreans by not paying property taxes.

“The University not paying taxes is, first and foremost, a way of saying that they don’t really consider themselves equally involved or accountable to the outcomes of the city,” he said. “When they put in less resources, that money comes out of hardworking, underpaid workers, that live in the exact same communities that Hopkins operates in.”

Currently, about one-third of property in Baltimore City is tax-exempt. Sabonis stated that Hopkins has the reputation and resources necessary to spark change. By paying more annually through its PILOT agreement, he argued, Hopkins would encourage other institutions to do the same.

“If we look at the universities of Hopkins, Loyola, MICA and Notre Dame, Hopkins is basically the leader in the negotiations as we understand it at Partners for Dignity and Rights,” he said. “Whether it is the Medical Center, the Hospital, or the University, Hopkins is setting the terms of these agreements and everybody else is just adjusting based on their own property.

For Askew, paying property taxes is a way Hopkins could substantiate its claims of community support.

“Paying its fair share without having to go through the arm twisting of city government or state government would demonstrate its willingness to be accountable to their neighbors,” he said. 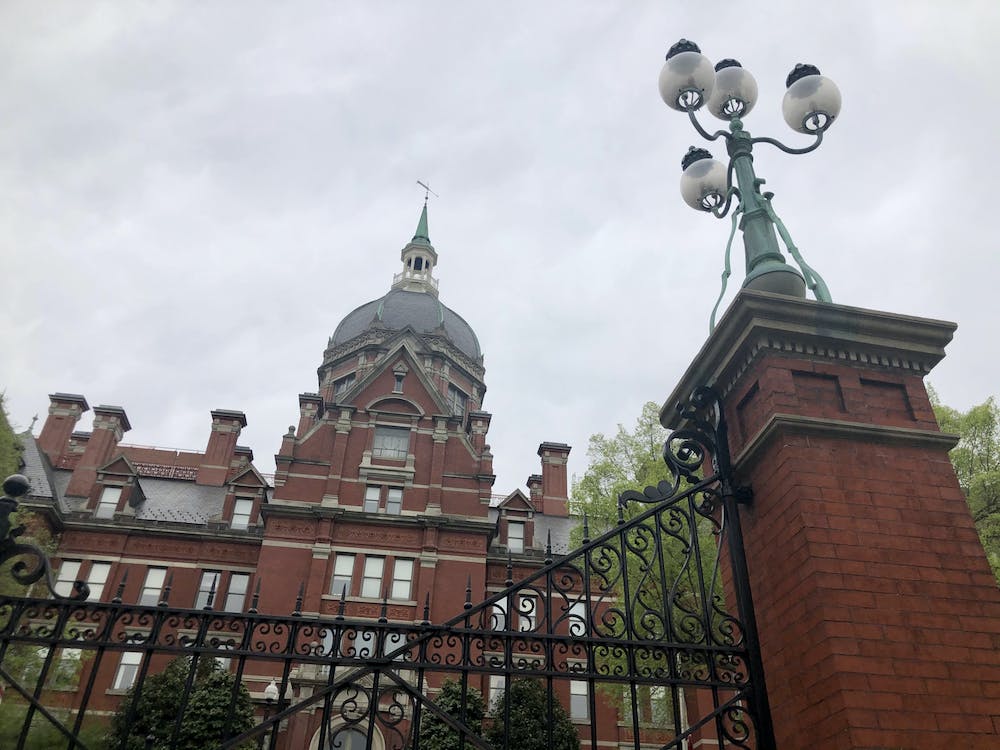 From the Atlantic slave trade to HeLa cells: How racist myths persist in modern medicine 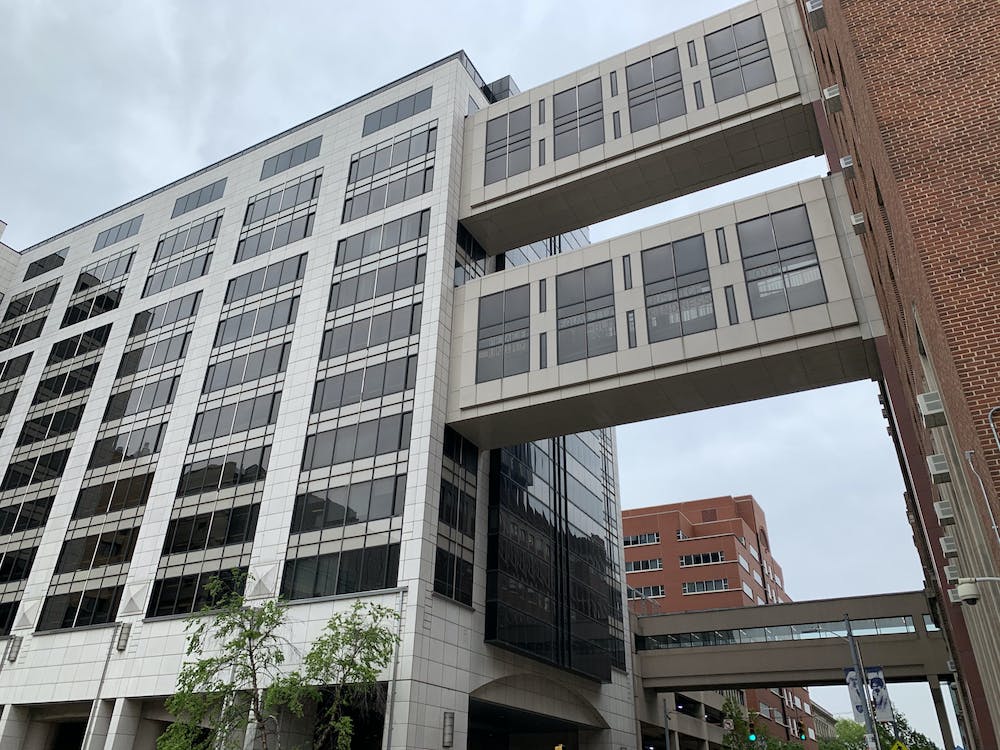 Improving the Black pre-med experience at Hopkins and nationwide

By TRISHA PARAYIL | May 3, 2021
Comments powered by Disqus