The Student Government Association (SGA) created an academic grievance form for students and a vetting board for the Student Conduct Ethics board at its weekly meeting on Feb. 2.

Junior Class Senators Subha Bhatta and Veda Chanda introduced the Formal Grievance Form Resolution, which will give students an official way to quickly address their academic grievances. In order to help disadvantaged students during the pandemic, the resolution also urges professors to record and post their lectures, accommodate time zone differences, follow a predetermined syllabus and provide supporting course materials.

Chanda stated that the University frequently fails to address students’ complaints about their classes.

“There have been a lot of issues that students have been having with professors,“ he said. “Because there’s no good formal system for [reporting] it right now, most of those issues are unresolved.”

According to Bhata, the University’s current methods for addressing these problems fall short.

“There is a kind of grievance form, but it says specifically within the grievance form that you will be contacted within 30 to 120 days. That timing is too long,” she said. “A student might be done with their semester before their problem gets addressed.”

According to Bhatta, it is especially important for the University to listen to students’ academic concerns during the pandemic when differing situations can put certain students at a disadvantage.

Executive Secretary Breanna Soldatelli expressed her support for the resolution, noting that she would have found the form helpful in past semesters.

“As somebody who has... a lot of internet issues, last semester was very difficult. I would be missing parts of class, and my professors wouldn’t record it. It was quite unfair. Because of circumstances out of my control, I wouldn’t get the same level of education,” she said. “I feel like [the form] is going to positively affect a lot of people.”

Senior Class President William Cho also presented a bill to establish a vetting board for the University’s Student Conduct Ethics Board. The vetting board would be made up of nine SGA senators tasked with recommending and reviewing candidates for the Ethics Board.

Cho clarified that the legislation would only cover the vetting board’s trial run until the end of the spring semester, meaning that it would potentially need to be renewed for future semesters.

The bill passed unanimously. Members will be selected at an upcoming SGA meeting.

SGA members recommended asking Cardin about ways to help international students during the pandemic and his sustainability plans.

Mollin also suggested promoting the inclusion of college-aged dependents in the next round of stimulus funding. According to him, since most college students are still listed as dependents on their parents’ tax forms, many are not receiving the government support they need during the pandemic.

“All this stimulus funding is excluding college students, like us and the people we represent,” he said. “A lot of college students really need it, even if they are dependents.”

Casey Miller, the director of OneHop, also gave a presentation about the organization during the meeting. He explained that OneHop is a program that builds professional connections between current Hopkins students and alumni, and he encouraged SGA members to participate in its mentorship program.

Tuesday’s meeting followed the resignations of Senior Class Senators Keidai Lee and Julia Zeng, whose departures were announced in an email from the Senior Class Council on Jan. 28.

In an interview with The News-Letter, Lee explained that he decided to leave SGA because its general body meetings (GBMs) conflicted with one of his spring courses.

“Unfortunately, the optimal solution meant that I could not attend SGA GBMs or my general course in full,” he said. “I felt it would be a disservice to SGA and the community if I could only be half the senator and civic engagement chair that I could be.”

Lee thanked SGA’s Executive Board for their work so far this year, sharing that he was excited to see what SGA would accomplish in the spring semester.

“While serving the community virtually has not been easy, it has been a rewarding life experience to lead innovatively and creatively despite limited resources,” he said. “It was my honor to meet amazing SGA senators who I never would have crossed paths with otherwise.” 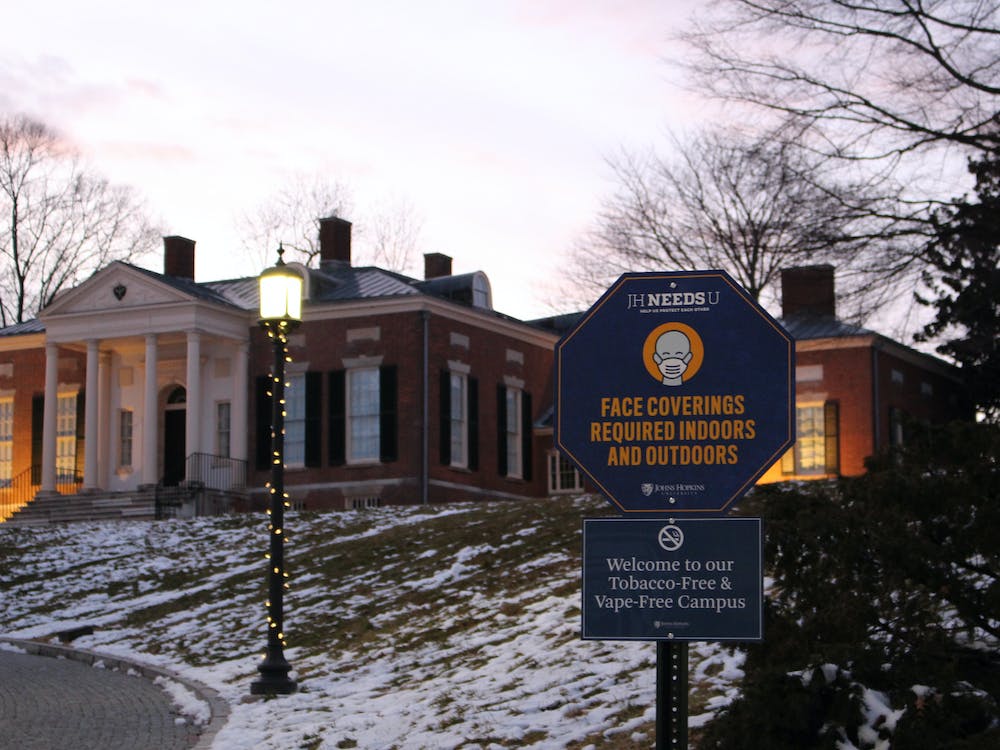