Students report that COVID-19 pandemic has increased stigma against the Asian-American community.

As COVID-19 made its way from Wuhan, China to the United States, East Asians were strongly associated with the pandemic in the popular consciousness.

Students with Asian heritage make up a large proportion of the Hopkins campus; 32% of the freshman class identifies as Asian American. From struggles with self-identity to the changing relationships in the communities around them, many East Asian students have reflected on their past and current feelings on being Asian during the time of COVID-19.

In an interview with The News-Letter, freshman and Taiwanese American Evan Kuo argued that it was unfair to blame East Asian countries or people for the virus. In his opinion, by the time COVID-19 had reached the U.S., it was already way out of China’s control.

“People just want to find a scapegoat, and if you’re not well-read and you hear, ‘Oh, Trump says it’s China’s fault,’ obviously you’re going to believe it,” he said. “If it were any other ethnicity, I think it would’ve been the same problem.”

Sophomore and Chinese American Jocelyn Shan reported being disheartened to see how willing some Americans were to blame the virus on East Asians.

“It’s frustrating to me that people are so eager to point fingers at entire culture groups,” she said.

Similarly, sophomore Diane Kang, a Korean international student, stated that she has trouble comprehending how people can think that an entire population is responsible for a virus that does not discriminate.

“It reinforces the fact that Asians and other minority groups are not truly safe in America,” she said.

Several East Asian students shared a fear of increased hostility from the communities around them.

According to freshman and Chinese American Yuteng Wang, the rhetoric used by U.S. President Donald Trump and his administration has emboldened white supremacists, causing an increase in hate crimes towards Asians.

“The animosity comes from people being scared and looking for someone to blame. Also, our administration calls it the ‘China virus,’” he said. “[They say,] ‘It’s okay to call it the China virus, it’s the same as the Spanish flu,’ but the Spanish flu was a hundred years ago, and that was a different political climate than now.”

COVID-19 has inspired Wang to educate himself on the history of racism in America, which he encourages others to do as well.

Although Kuo has not experienced any microaggressions or confrontations personally, he has noticed a change in his mentality when in public.

“When I was going out to grocery stores, I had this weird feeling that people were looking at me differently even though nobody said anything. A lot of it was in my head because there was no real evidence,” he said.

Freshman Elizabeth Dolan, adopted from China to a white family, mentioned that many comments made by friends that may seem like jokes could be problematic.

“Being a Chinese daughter in a white family and a white community, growing up, my relationship with my race was very strange,” she said. “I almost wanted people to crack jokes because I wanted them to know that I wasn’t bothered by it. And they did... and I had to tell them to stop because this wasn’t the proper way to deal with my own identity problems.”

Kuo explained that he has to remind his friends that there is a fine line between cracking a joke and mocking part of someone’s identity.

“With my friends, I tell them that there’s a difference between me ripping on your haircut and you ripping on me because I’m Asian,” he said. “Your haircut isn’t part of your identity, but being Asian is a part of mine.”

Many East Asian students emphasized the need for open conversations about racism.

Shan highlighted the importance of taking time to address one’s racial prejudices and biases. She encouraged fellow students to try and put themselves in other people’s shoes.

Kuo agreed with Shan, arguing that racism comes from a place of insecurity and lack of education. Therefore, he believes that getting to know people from minority groups can help people expand their viewpoints and overcome prejudice.

“Once you get to know someone, it’s kind of hard to hate them,” he said.

Dolan echoed Kuo’s sentiments, stressing that the biggest step towards national inclusivity is diversity in ethics education. She cited a proposal in California where ethics classes are a required course for high school students.

“It seems so obvious,” she said. “Because when you look at microaggressions, it’s always about the mindset. People naturally put things in categories, it’s just how the brain works. And you have to fight against that.”

To help Asian students who are having a difficult time dealing with mental, emotional and social health during quarantine, the University hosted “Crazy Stressed Asians: Being Asian in the Time of COVID-19” on Oct. 14. The event was hosted by Dr. Crystal Han, a child and adolescent psychiatry fellow at the University of Maryland/Sheppard Pratt; Dr. Amanda Sun, a child, adolescent and adult psychiatrist at Hopkins; and Dr. Angeline Pham, a third-year psychiatry resident at the University of Maryland/Sheppard Pratt.

The event was envisioned as a safe space where Asians and Asian Americans could discuss their culture and how COVID-19 has affected their mental health and well-being. Students were also able to learn about their peers’ experiences, receive advice from medical professionals and get access to mental health resources.

According to Han, events and services like this are crucial during the pandemic.

“I started this group because I felt there was a great need... [I was] seeing a lot of Asian people struggle with a lot of complicated issues and not having a dedicated space to talk about it and get some support,” Han said. “It’s really important for students to engage and be vulnerable. It’s not the easiest thing to talk about, but we have to talk about it to move forward.”

By ISHAN KALBURGE and ZACHARY BAHAR | 2 hours ago

By ELLIE ROSE MATTOON | 2 hours ago 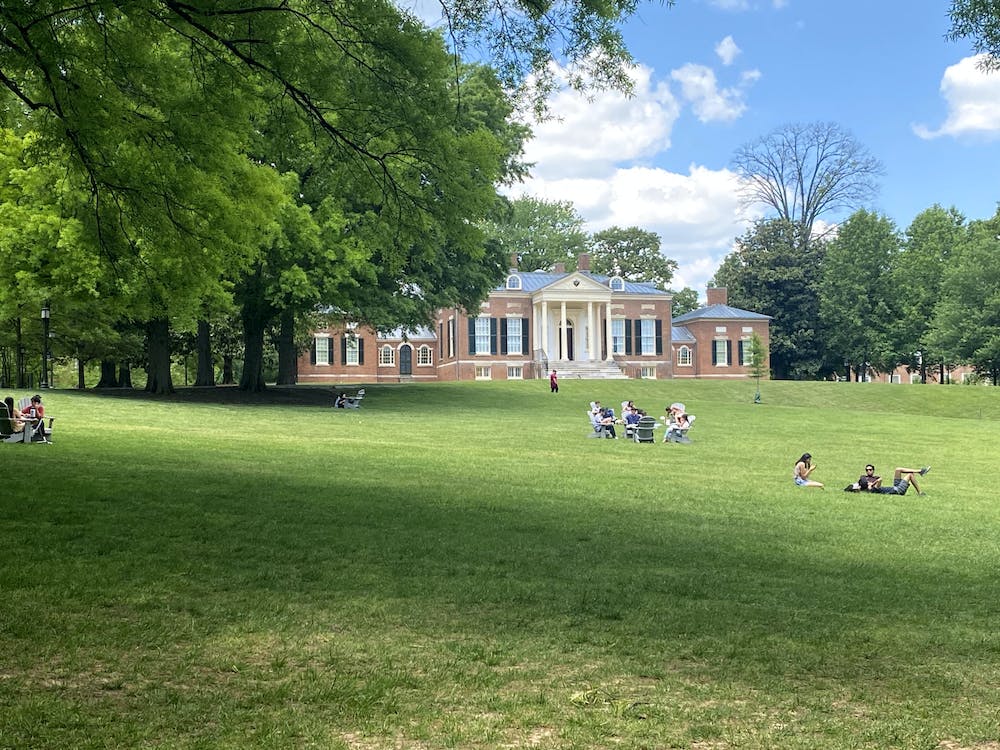 By ARIJIT NUKALA | 6 hours ago
Comments powered by Disqus