The argument for Pour Out Pepsi’s campaign

Santoro and Real Food Hopkins support the Pour Out Pepsi campaign, which urges the University to end its exclusivity contract with Pepsi.

I think it’s safe to say that we all know about how soda and other sugary drinks are extremely unhealthy and can increase our risk to certain diseases in the future. We also know that the largest corporations that contribute to these trends are PepsiCo and Coca-Cola. Unfortunately, Hopkins has an exclusive pouring rights contract with Pepsi. The Real Food Hopkins student group is trying to break that contract up. Here’s why.

We first have to understand what pouring rights entail. Essentially, Hopkins has an exclusivity contract with Pepsi, one which they won’t share publicly. The company “donates” millions of dollars to the University for various departments. Hopkins in turn gives Pepsi virtually unlimited marketing opportunities on campus. Pepsi helps fund athletics and many other departments and in turn get a special little sponsorship mention on anything related to athletics. Hopkins does not want to let all that funding go to waste, so Hopkins has to keep up the contract and pick between Pepsi or Coca-Cola.

I have one question: If Hopkins is the top-ranked school for public health in the nation, how does it make sense to allow a corporation as influential as Pepsi to have unlimited marketing on campus? This goes against everything I learned from Professor Maria Bulzacchelli in my Introduction to Public Health class. According to the Center for Disease Control, diabetes is the seventh leading cause of death in the United States. And do you know what one of the major risk factors for type 2 diabetes is? Weight gain caused by increased sugar intake, a prominent ingredient in Pepsi sodas. It is also important to note that there are many other risk factors to diabetes, including genetics, level of physical activity and high blood pressure. However, Hopkins shouldn’t promote a product and allow them such a large presence on campus when it could negatively affect students’ health.

I have another question: Isn’t Hopkins trying to be more sustainable? I hope they don’t mean sustainable in the sense of continuing this contract with Pepsi into the distant future, because that is just the opposite. According to a report from the Rainforest Action Network in 2017, the corporation knowingly sourced palm oil from suppliers that break child labor laws. Children as young as 13 are employed to work on these plantations, violating several human rights in the process. By keeping up with this contract, Hopkins is indirectly supporting Pepsi’s business in palm oil plantations, which is not a sustainable practice at all and contributes to increased carbon dioxide emissions.

Final question: Are we remembering the HopkinsLocal initiative? Hopkins has a plan in place to “expand its outreach to local businesses and residents, including women and minorities, when it builds, hires, and buys,” according to the HopkinsLocal website. Last time I checked, PepsiCo was neither local nor minority-owned. Additionally, supporting such a large corporation with an exclusive contract suggests that we support PepsiCo wholeheartedly, and it becomes more difficult to allow other local businesses a chance at having a space on campus. Decreasing Pepsi’s presence will allow more room for local beverage companies to sell on campus and will help the local economy overall.

While Hopkins may not support using child workers or slash-and-burn practices itself, a contract with a company that does engage in these practices makes us question the ethics of the situation. PepsiCo does have sustainability goals outlined and is addressing the environmental impacts of their corporate business. However, because it is such a large corporation, it is difficult to track those specific impacts and what exactly is happening at various locations. Pepsi may also face difficulty in tracking the human rights violations and child employment because it is so large, but there really is no excuse for letting those violations slide. There are actual people behind this company and their products. They are being hurt and ignored by Pepsi’s practices, which should be unacceptable.

Because of these reasons, students from Real Food Hopkins, the food justice and sustainability organization on campus, started the Pour Out Pepsi campaign last spring. They are working with Uprooted & Rising, the national food justice organization that works with the Real Food campaign Hopkins is already a part of, to further succeed in breaking this contract between the two institutions. Real Food Hopkins Co-President Katie Smith told The News-Letter that she does not think the contract benefits students.

“I believe universities are meant to serve us, the students, and to help shape the future. I don’t see selling our student body’s exclusive support to a large food and beverage company as supporting me as a consumer nor a future in which communities can sustain themselves,” she wrote.

Well, I agree. And most of the people I see at the FFC don’t go to the Pepsi machine for soda; they go for water. That says a lot about what the students want on campus.

Members of the organization worked together and wrote a Letter of Demands in May of 2019. The letter was addressed to several administrators, including President Ronald Daniels, the Vice Provost for Student Health and Well-Being Kevin Shollenberger and several others from the Dining Department. It asked that “the required percentage of PepsiCo beverages will not exceed 60%... the new contract will not exceed two years... the dining department will shift to eliminate water bottles from retail locations... donated beverages will be shifted from individual servings to larger bottles... [and that] the final contract will be made available to those who request to read it.”

Hopkins responded in a call with two members of the organization, saying that they offered to shorten the contract with Pepsi to three years with two one-year extensions, which would allow the University more time to renegotiate the contract.

The administration also stated that they cannot make the pouring rights contract public, but they can share specific talking points between themselves and Pepsi. They are also working to phase out single-use plastic water bottles. What Real Food is still unsure about is whether or not the percentage of beverage space Pepsi has on campus decreased or not, which Real Food Hopkins will be discussing further with the administration in early November.

If you want to join in on the fight against Pepsi having pouring rights on campus, then get in touch with Real Food Hopkins and share your input! We need every student’s support on this initiative for it to be successful and for the administration to see that this is what the student body wants. And while you’re at it, you might as well sign the petition that several students started this past spring to gain support against Pepsi’s pouring rights and further emphasize that Hopkins should Pour Out Pepsi.

Lais Santoro is a freshman studying Public Health. She is involved with Real Food Hopkins and the Sustainability Coalition organizations on campus. She is from Downington, Pa.

We all miss campus, but making the return optional isn’t equitable 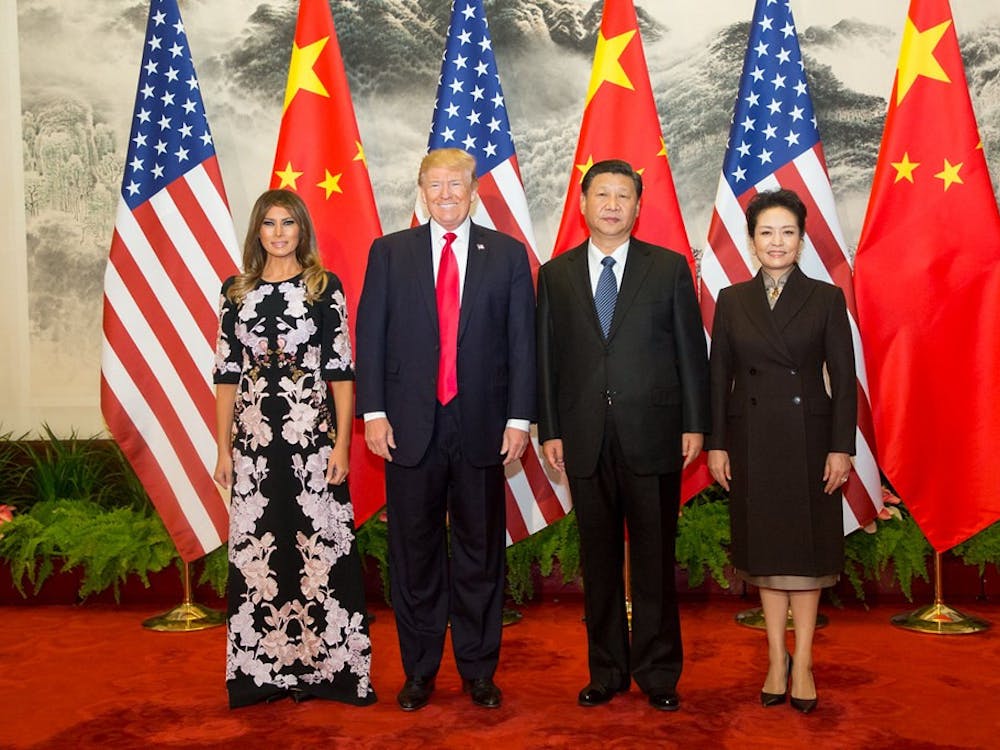 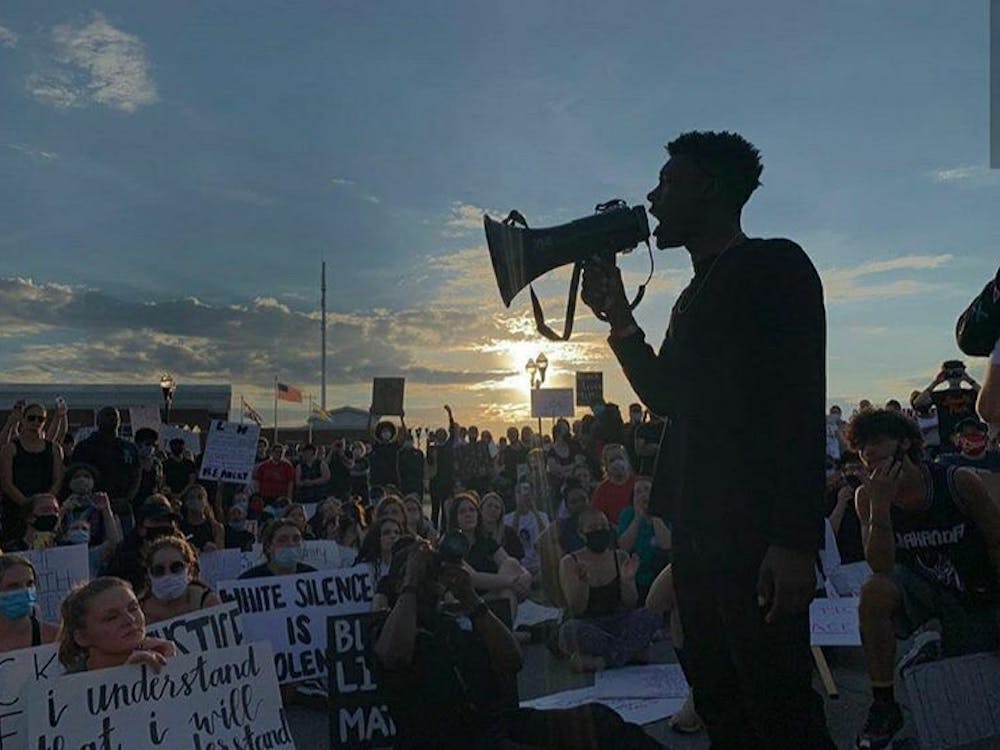