Halpin published a book on the Brotherhood of Liberty’s fight for civil rights.

Dennis Halpin, the director of undergraduate studies for Virginia Tech’s history department, spoke about his new book A Brotherhood of Liberty: Black Reconstruction And Its Legacies in Baltimore, 1865-1920 at Red Emma’s Bookstore Coffeehouse on Thursday, Oct. 3. Joining him was Reverend Alvin Hathaway, Sr., the current minister of the historic Union Baptist Church in central Baltimore.

“There was a hole in the literature about Baltimore and Baltimore’s importance in the civil rights movement,” he said. “Here I found this group of civil rights activists that were far ahead of their time. Talking about that story and thinking about its place in what came after I think is important.”

Halpin’s book, published in May, focuses on one of the nation’s earliest civil rights organizations, the United Mutual Brotherhood of Liberty, and its founder Reverend Harvey Johnson, the fifth pastor of the Union Baptist Church. Halpin recounted how the Brotherhood worked within the legal system to fight against Jim Crow laws, which enforced racial segregation.

Hathaway commended Halpin’s work in an interview with The News-Letter, stressing the need to educate the public about Baltimore’s role in advocating racial justice.

Matt Gibbons, who attended the lecture, said that Halpin’s book will motivate him to learn more about Baltimore’s history. He believes that Johnson’s efforts are largely unknown due to structural racism in the United States.

“For me, this has filled in an outline of where there was nothing and a thirst for so much further knowledge… This has been tremendous, because in our country none of this is really talked about,” he said. “We want to maintain the illusion of white supremacy and to do so we deny what’s happened and pretend it doesn’t exist.”

Gibbons touched on the individual responsibility that each person has to educate others.

Other audience members agreed, noting that lectures such as Halpin’s serve as a way to educate the public about racial justice, systematic discrimination and other topics that are not usually discussed.

Some attendees mentioned how Hopkins has contributed to racial discrimination in Baltimore, though they mostly expressed their desire to learn more about the city’s history.

Tia Goodson, a Baltimore resident who attended the event, referred to the practice of redlining, which is denying services to residents of certain neighborhoods, often those with a high concentration of people of color.

“We cannot ignore the role that Johns Hopkins has played, particularly if we look into redlining and how that kind of segregated the city,” she said.

Gibbons identified the University as one cause of systemic discrimination.

“Any old institution in this country has been part of the problem of racism and social injustice,” he said. “It does not matter how prestigious it is.”

On the other hand, Hathaway acknowledged that the University’s relationship with Baltimore has improved, attributing its shortcomings to a privileged perspective.

“You come from the perspective that you have. If you think, ‘Hey, wait a minute, I grew up and I developed with a sense that I had a superior sense, I had wealth, I had access to have that,’ then you act that way,” he said. “But one of the beauties about Johns Hopkins is now they have realized that they must be inclusive… I have seen Hopkins evolve in a very real way.”

In addition, Hathaway mentioned the value that Johnson placed in academic achievement, underscoring the importance of Baltimore-related education.

Ken Stockbridge, an audience member, stated that he attended the event in order to learn more about race and anti-racism.

“The more I learn, the more I am amazed at all the stuff I was never taught,” he said. “I was especially intrigued by... the links between this history that’s 150 years old and how that’s been transmitted down into the legacy that we still experience today.”

Goodson shared that she was surprised to have never heard about Johnson or the organization he created. During the Q&A portion, she asked Halpin about the role of women in the Brotherhood. According to Halpin, the Brotherhood contained female members, despite its name.

“This is my first time hearing about the Brotherhood of Liberty so I’m excited to continue my research with them,” Goodson said. “It seems like a lot of times African American women are key figures in some of the movements and then not really talked about or highlighted as much as men.”

While not a resident of Baltimore, Halpin clarified his personal view of the city as a historian.

In a similar vein, Goodson described her own hope for the city and its residents and identified ways to improve someone’s civic responsibility.

“It bothers me when I come across people who are not from here who meet people who live here that say they don’t like the city,” he said. “My hope would be that people take more pride in the city as something that is full of potential and not necessarily something that has a lot of deficits.”

Goodson argued that an abundance of misinformation exists about the city, citing recent news coverage such as U.S. President Donald Trump’s calling Baltimore a “rat and rodent infested mess” on Twitter in July.

She called on fellow citizens of Baltimore to push back against this narrative.

“We’ve had some bad press. We’ve been called some names,” she said. “And no one else will know that it’s not true unless we advocate and we tell them.”

The journey home: the plight of the international student 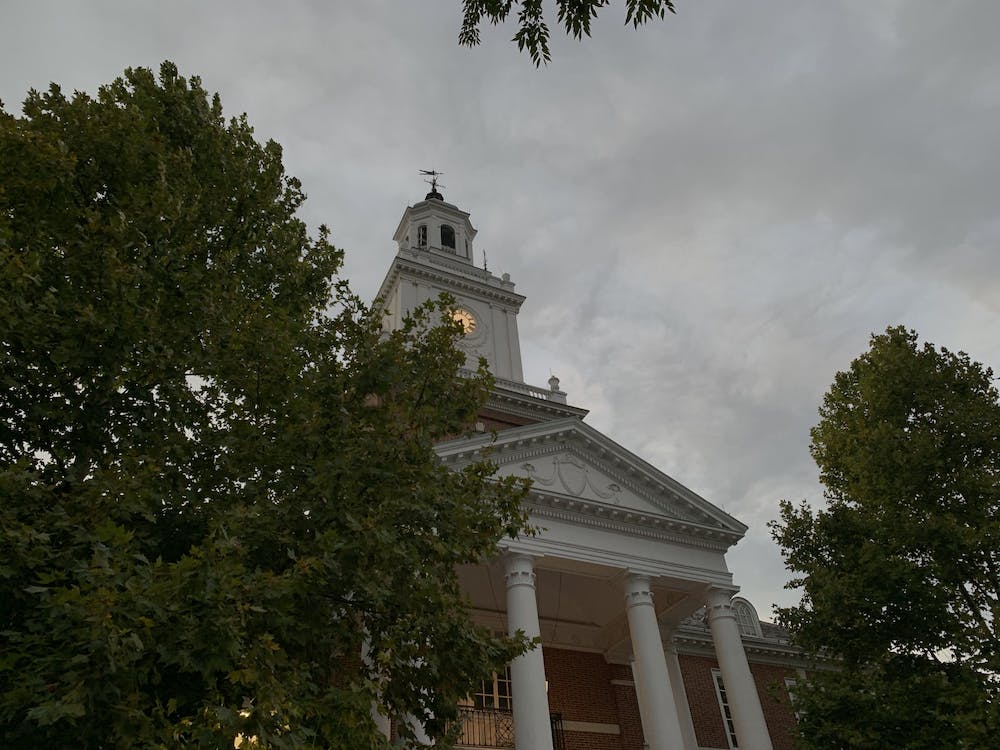