The Program in Racism, Immigration and Citizenship held the first event of its fall speaker series, titled “American Concentration Camps: A Teach-in,” at Levering Great Hall on Friday. The event’s panel featured five speakers who offered insight into migrant detention and its effects, both at the U.S.-Mexico border and throughout the world.

While it may be easy to imagine the border simply as a line, Christy Thornton, an assistant professor of Sociology at Hopkins and the panel’s moderator, explained that the concept of a defined border is more complex than it may seem.

“The U.S. borders are no longer confined to that space,” she said. “We know, for instance, that Customs and Border Patrol has jurisdiction within 100 miles of the U.S. border, which puts something like 200 million Americans under their jurisdiction because most of our largest cities fall within that 100-mile border zone. The border zone no longer just delineates the kind of outline we see on the map.”

She added that the border has expanded beyond the U.S., even as far as countries such as Palestine and Iraq.

“The American Initiative, which is a U.S.-Mexico security cooperation agreement, has deeply militarized Mexico’s southern border,“ Thornton said. “[The border is] where the Third World grates against the First and bleeds.”

Seth Michelson, an assistant professor of Spanish at Washington and Lee University, experienced working with children at the border. He began by urging people to spread information about the condition of the camps to bring awareness and change. Michelson said that conditions at the border facilities were not pleasant, and morale was low among the inmates. He explained that the children he saw were suffering from emotional trauma.

Michelson explained that adults are also treated poorly at these border facilities. He recounted a story where a woman was harmed due to the cruelty of a border patrol agent. The woman was washing her hands under the watch of the agent.

“She wasn’t quick enough for him, so he put a megaphone to her ear and pressed the siren button. She fell down in pain, had migraines for two days, and still had residual hearing loss,” he said.

Jonathan Katz, the author of The Big Truck That Went By: How the World Came to Save Haiti and Left Behind a Disaster, finds the reaction of today’s society towards concentration camps worrying. At the same time, Katz acknowledges that many people have different responses.

“If people know about concentration camps, they will respond angrily, and then there will be shame, and then that exposure will force them to shut down, and that does not seem to be the case,” Katz said. “There isn’t just one segment of the population. Different people are going to react to things in different ways.”

As an example, Katz talked about Guantanamo Bay ‘s importance to some Americans and its similarity to the idea of the American detention camps.

“Some people really desperately want the symbol of Guantanamo in their lives because they want to imagine that there’s a place where their enemies [could be put in] this cage in the middle of the ocean,“ Katz said. “When you center a place like that, you give people visuals about that and you talk about that, there’s a certain part of the population that’s gonna celebrate it. There’s a certain part of the population that is going to rail against it.”

Each of the panelists agreed that one of the best ways to change the conversation around concentration camps in America is to spread awareness of the issues, and then to use that awareness to make change.

“Getting more information creates the possibility of having more engaged people,” Katz said.

Thornton noted the importance of being aware that Hopkins itself is involved with the issue of immigration, given the popular understanding that the University had renewed its medical and leadership training contracts with Immigrations and Customs Enforcement. As of press time, the University has informed The News-Letter that they did not renew the contracts.

Anand Pandian, a professor of Anthropology at Hopkins, explained that the University’s Applied Physics Laboratory helped design the prototypes of the proposed border wall between the U.S. and Mexico.

Daniel Malinsky, an organizer for Sanctuary Streets Baltimore, a non-profit organization that aids immigrants, offered a concrete way to help immigrants across the country.

“Put pressure on executive officials,“ Malinsky said. “It’s not executive-level stuff, it’s not international stuff, it’s like a county, but the county wields power over people’s bodies. It’s worth keeping in mind that not all resistance has to be at the highest level, but a lot of the most important resistance is done locally.” 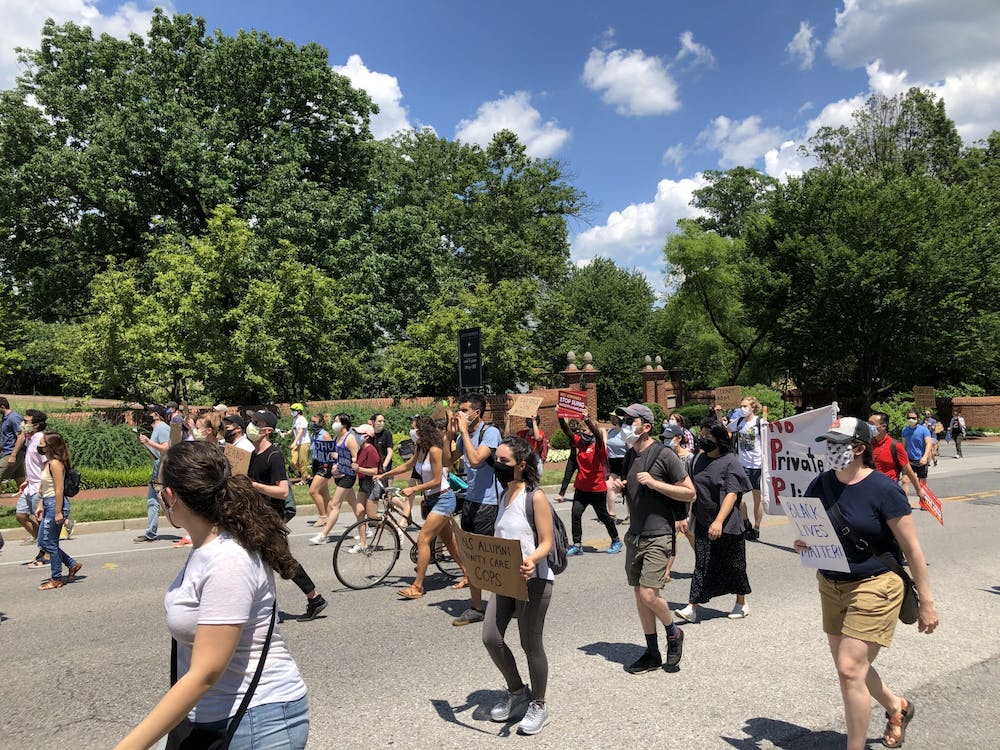 By RUDY MALCOM | 4 days ago
Comments powered by Disqus