The “Butterfly Effect” series is intended to highlight speakers whose small actions have resulted in larger changes. Watts explained that her butterfly effect began in her life as a stay-at-home mother of five in Colorado in 2012. She spoke about how emotionally affected she felt when she heard the news of the Sandy Hook Elementary School shooting in Newtown, Conn.

“Please don’t let this be as bad as it seems,” she said.

Following this event Watts stated that she felt encouraged to take action in her own community. She began by searching for a local organization she could join, thinking along the lines of Mothers Against Drunk Driving, an influential force she remembered from her upbringing in the 80s. When she could not find an established organization to advocate against gun violence, she decided to start a Facebook group.

Her Facebook group eventually became the nonprofit group Moms Demand Action, which now has established chapters in all 50 states. She credited the success of the grassroots movement to the force of women to make a difference in the world and highlighted the importance of involving women in major political debates.

“Women have always been at the front lines, whether it be during Prohibition or the Flint Water crisis. Women are the secret sauce to organizing,” she said.

Watts aims to mobilize women in her new book, Fight Like a Mother.

“I wrote my book to be part-manifesto. I want women to move from not only shaping policy, but making it,” Watts said.

Several Hopkins students who attended the event found Watts’ story and words for female leaders to be particularly inspiring.

Eva Blancher, a senior majoring in International Studies, explained that Watts’ ability to become an expert on a topic over a short period of time was exciting.

“She started off talking about how she was a stay at home mom, and originally did not know any information on the topic of gun violence,” Blancher said. “Now she knows so much about the topic, which makes me feel like it’s an attainable topic that I can keep learning about and being well-spoken on eventually.”

Giuliana Lee, a senior double majoring in Chemistry and French, stated that she was similarly inspired by Watt’s path from mother to activist.

Watts spoke about the politics involved in her work for Moms Demand Action. She talked about her views on the motivations behind the work of the National Rifle Association (NRA). She argued that the NRA opposes background checks for gun purchasers because background checks will narrow the market of who can purchase a gun.

“They are looking to force guns on college campuses, and they are passing laws that do not even allow regions to decide if guns can be on their campus, such as in the state of Texas,” Watts said.

Watts has a hopeful outlook for the 2020 presidential election and believes that anti-gun advocates will be able to elect candidates that will further their cause. She described how gun safety has become the primary issue for Democratic primary candidates.

“The fact that the NRA is now weaker than it’s ever been, because it’s underwater reputationally and financially, while we are stronger than we have ever been, makes me feel very good about the 2020 elections,” Watts said.

Teagan Kim, a senior majoring in Public Health, was excited about how applicable Watts’ experience was to the concepts she has been studying at Hopkins.

“We learned about the policies around preventing gun violence in the class Fundamentals of Health Policy and Management,” Kim said. “It was really incredible to hear Ms. Watts speak because I had experienced these issues on both a personal and educational level.”

Watts also spoke on the emphasis the organization places on diversity and inclusion.

“What we found was that even though we embarked on a very significant and well-funded diversity, equality and inclusion effort, every time there was a mass shooting in this country, the people who came into this organization looked like me,“ she said.

Watts explained that marginalized groups suffer more from gun violence than white, suburban communities, and members of these marginalized groups have been advocating against it for longer. She stated that this makes it even more important for Moms Demand Action to work with them.

“The reality is that the gun violence that is tearing apart communities and the fabric of these communities have people who are working on this issue invisibly for decades,“ Watts said. “We need to create community partnerships, to lift their work up, to fund and support their work and to create those relationships so that we were not just an organization [against] what is about one percent of the gun violence in this country.”

Watts encouraged audience members to become advocates for gun safety. At one point, she asked for students to take out their phones and sign up for updates from Students Demand Action, a gun safety advocacy group.

Lee stated that she left the event with a more confident outlook on the issues discussed.

“[Watts] and all of the women involved are very, very brave. Today I felt a little bit reassured hearing about all of the small things that they have accomplished that at the end of the day will matter and will make a big effect,“ Lee said. 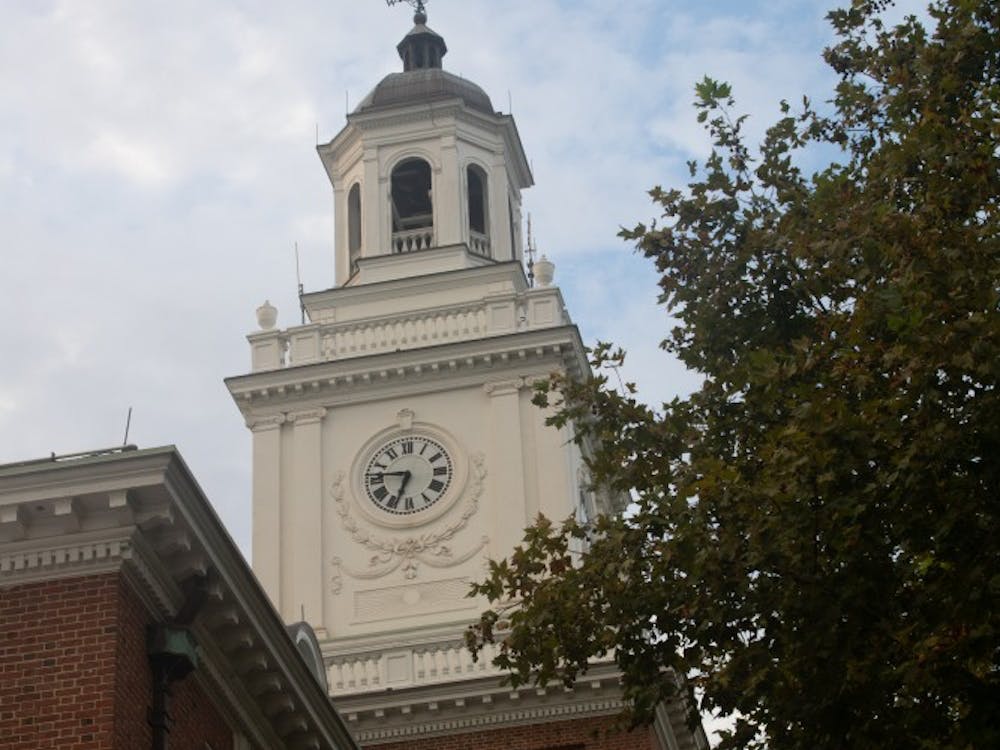 By RYAN AGHAMOHAMMADI | 22 hours ago