As we wait in anguish for the latest Pitchfork article to tell us how to feel, we’ll have to simply listen through Hozier’s newly-released and long-awaited album Wasteland, Baby! without the influence of music’s great minds. Instead you can get my humble opinions. As a disclaimer, I have been excited to hear this album since Hozier dropped the Nina Cried Power EP in September 2018, named after what would be the resounding first song on his album.

The EP gave us just a taste of what would eventually become a meticulously crafted album, filled with raw emotion. The four songs were all massively successful for a small EP. I had “Movement” on repeat for so long that I found myself singing it unconsciously.

My personal favorite from this short project is “Shrike,” a slower, grooving song about the loss of a great love and the accompanying feelings of regret and longing. This is a theme popular with Hozier but never expressed in quite this caliber before. His lyrics are poignant, and they’re perfectly accompanied by the steady guitar, plucking away throughout.

“NFWMB” has a deep, low resonating sound, and it is about protecting a loved one by any means possible. The lyrics seem almost separate from what is going on in the song — violent and passionate — yet the song moves slowly, less fire and more water. It is suspiciously absent from the full album; yet, if I were to leave any of these tracks off, I would agree that this song is weakest.

Hozier released “Almost (Sweet Music)” off the Wasteland, Baby! album in addition to this EP a few weeks later, giving us just another taste of what was to come. The vibrating guitar and soothing vocals accompany a more positive message, contrary to what we know him for. He croons, “I wouldn’t know where to start / Sweet music playing in the dark / Be still my foolish heart / Don’t ruin this on me.” He is clearly still thinking of love and a new relationship in comparison to an older, burned out one, yet there seems to be an inkling of hope present.

The task of following the insanely successful first album (Hozier, released in 2014) must surely have been daunting, hence his making us wait five years for the next album. Every song on Wasteland, Baby! gives us exactly what we wanted from them: Hozier screaming over power chords and skin-pulsing bass lines. Even his ballads are filled out completely, powerful and resounding through their last notes.

Beginning his second ever full-length album with “Nina Cried Power” is nothing short of a massive power move on his part, letting the listener know exactly what they’re getting in to. The constant, booming drums that ground the song add to his screaming vocals, raspy and raging. Hozier isn’t afraid to show off in this project, and this is the perfect way to kick it off.

Another track that stands out is “No Plan,” perhaps a more grounded song that delivers a message of hope through the outlet of coming to terms with the fact that, well, we die when we die, and we’ve got to make the most of the love we can get and give while we enjoy our time here. The religiosity that emulates throughout all of Hozier’s cryptic lyrics comes out here especially.

Additionally, “To Noise Making (Sing)” stands out. In a similar vein to “Someone New” from Hozier, the sound is, to put it simply, sunny. It makes me wish I was laying in the grass somewhere, warm and surrounded by a gospel choir — I frankly wouldn’t be surprised if this is exactly how it was recorded.

One of my favorite parts of listening to Hozier’s music is trying to figure out which instrument is making what sound, and this song is the perfect listen for this activity. Positivity radiates from this track, a refreshing change from the rest of the album. As many of the other songs are about love and carry weightier messages, this track is an oasis.

“Be” also reminds us of Hozier’s complicated relationship with religion, something we encountered right when we first fell in love with him in 2014 with his release of “Take Me To Church,” the song that essentially started his career, pulsing through our bones in a sort of lament. Here he alludes to St. Peter, Adam and his most-mentioned and favorite Biblical place, Eden. Hozier has parsed through his relationship with Eden many times as the perfect setting, ripped from humanity for the mistakes of Eve and Adam, most obviously in a song from his first album (“From Eden”). He seems to relate it to his own love life at times, as his own sort of perceived perfection was ripped from him before he was ready to release it. Whether this is sin-related or simply bad luck is up to the listener.

The most striking quality of this album is not the insane guitar riffs or even his vocals (his range in “Nobody,” c’mon) but Hozier’s maturity as an artist. Though I thought Hozier was perfect in its release five years ago, Wasteland, Baby! created less for him and more for us as listeners and fans.

“Sunlight,” the 13th song on the 14-song album, reminds us again of the good side of love, as Hozier sings, “I had been lost to you, sunlight / Flew like a moth to you, sunlight / Oh your love is sunlight.” We again get a gospel feel from the radiating chorus, overflowing with a sound full enough to fill, well, a church (sorry for that one).

There is not a note written that wasn’t thought about in the scheme of not only the one song but also the album as a whole. We are graced with more upbeat sounds and less of his weighty, drawling guitar — unless it’s necessary, which, luckily for us, it still is.

In perhaps my favorite song off this album, he closes with “Wasteland, Baby!” The track wraps up the album completely, drawing us back to the reason we like Hozier so much in the first place. The chorus croons, “Wasteland, baby / I’m in love, I’m in love with you / And I love too, that love soon might end / Be known in its aching / Shown in the shaking / Lately of my wasteland, baby.” This deceptively simple chorus lyrically encompasses everything he aims to pull from us as listeners: our relationships with loved ones, our relationships with religion and our relationships with ourselves. His raspy vocals perfectly accompany this message, a mix of light and dark, positive and negative, love and love lost. Wasteland, Baby! in its entirety is extremely self-reflective, and it is a rollicking sequel to Hozier. Now we can only hope we won’t have to wait another five years for more of his delicious sound.

By MEGHANA RAVI | 2 days ago 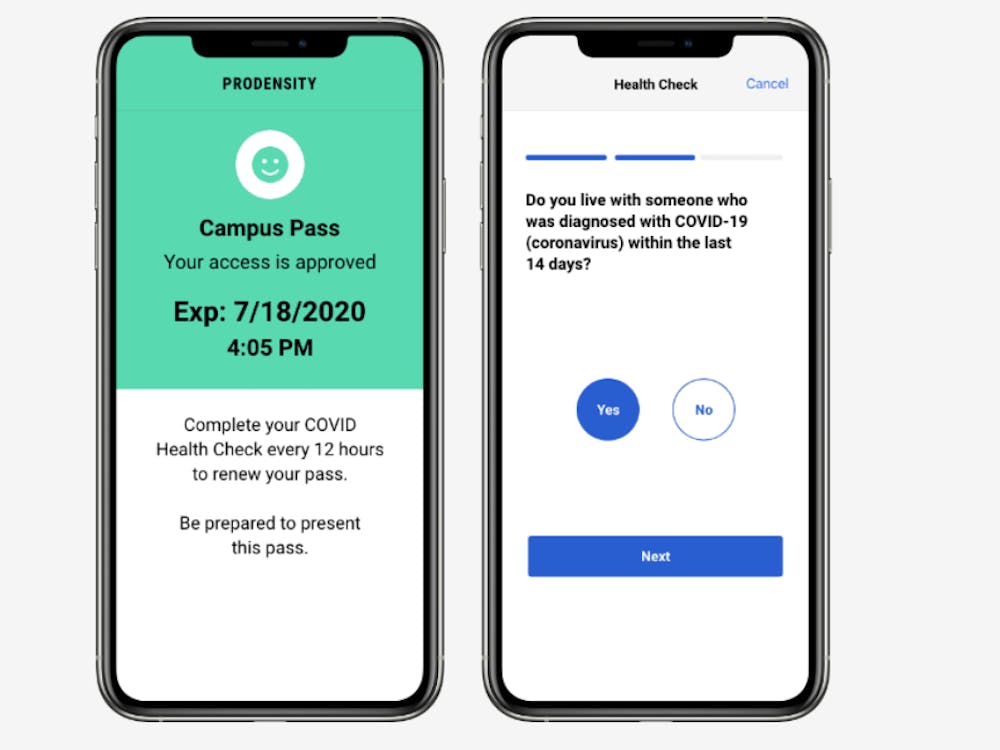 By JESSICA KASAMOTO | 3 days ago

In my thoughts always

By AMELIA ISAACS | 3 days ago
Comments powered by Disqus