The future is bright for Ravens’ Lamar Jackson

KEITH ALLISON/ CC BY-SA 2.0 Coming off a hot season, Ravens quarterback Lamar Jackson is a rising star in the NFL.

For this long-time Baltimore Ravens fan, the inevitable decline of Joe Flacco was at first an incredibly difficult pill to swallow — until his replacement, Lamar Jackson, put my mind at ease. With such a rare talent coming to the Ravens, the future of Baltimore football is bright.

I started following the team closely in 2008, when the Ravens used their first-round pick to take a chance on Flacco, strong-armed quarterback from the University of Delaware. Needless to say, I was instantly “Wacko for Flacco.”

As a rookie, he took Baltimore to the doorstep of the Super Bowl. Just five seasons later, Flacco raised the Lombardi Trophy as the game’s Most Valuable Player. For over a decade, I couldn’t imagine cheering for a quarterback other than No. 5; that is, until the Ravens drafted Lamar Jackson with the 32nd overall pick in the 2018 NFL Draft.

Who is Lamar Jackson?

A three-year starter and Heisman Trophy-winning quarterback at the University of Louisville, Jackson plays with a style that stirred controversy among draft analysts across the country. His ability to outrun the fastest players on almost any defense he faced and his incredible vision make him one of the most dangerous dual-threat players we’ve ever seen.

In his first months in the league, Jackson’s name was third on the Ravens’ depth chart behind Flacco and Robert Griffin III (the second overall choice in the 2012 draft) — but it didn’t take long for that to change. His play in training camp and preseason games nudged him ahead of RGIII, and he started the regular season as Flacco’s top backup.

Jackson’s first chance to start came in Week 11, when he began a run of six wins in seven games to lead the Ravens back to the playoffs as the AFC North champions. Though his first playoff appearance was underwhelming, Lamar Jackson’s rookie season convinced at least one Flacco loyalist that the Ravens’ new quarterback will be the best of his kind the NFL has ever seen — and that life after Flacco will be just fine.

Jackson was lucky to be drafted by an organization that values loyalty and stability as much as any team in the league. Since former owner Art Modell moved the team to Baltimore from Cleveland in 1996, the Ravens have had only three coaches, two owners and one general manager; that is, until Ozzie Newsome retired at the end of the 2018 season. The man who replaced Newsome, Eric DeCosta, has been with the team since its inaugural season and has turned down numerous offers from other teams to take the same position he holds now.

That kind of stability is exceedingly rare in today’s NFL, where coaches often get fired after one or two disappointing years, and general managers are condemned if a few of their draft picks don’t meet expectations. For Jackson, this means that his team is committed to his potential success.

We saw a glimpse of this in Jackson’s first ever playoff start. The young quarterback struggled throughout the first three quarters; after picking up as many first downs as points (three) and looking overmatched by a speedy Los Angeles Chargers defense, Jackson started to hear the boos from a fanbase desperate to see Joe Flacco save the season.

I’ll confess that I was confused and frustrated when Coach Harbaugh chose to leave his Super Bowl MVP quarterback on the bench for the fourth quarter of a game that looked lost, but Jackson rewarded the team’s faith with a furious comeback that fell just short of being miraculous.

One game won’t define Jackson’s career, but the playoff loss to the Chargers will certainly foreshadow how the team will handle him in coming years. Harbaugh sent a message to Jackson, the Ravens fanbase and the entire league that the Baltimore Ravens are committed to their quarterback and that they will stick with him through difficult times. For this team, commitment isn’t taken lightly.

Anybody who has seen Lamar Jackson play football can understand why Ozzie Newsome chose him with the final first round pick of his storied career. His agility, field vision and speed are unmatched by any NFL quarterback since Michael Vick. He runs the option offense (a philosophy which allows the quarterback to decide during the course of a play whether to hand the ball off to a running back or keep it himself) with world-class decisiveness. And of course, he throws the football with confidence and accuracy.

The Ravens are dedicated to building their offense around Jackson’s unique combination of talents. In practice, that will mean putting the ball in his hands as often as possible and allowing their best offensive player to do what he does best. Jackson isn’t built to run the pass-heavy offensive systems that have become standard throughout the league, but as NFL defenses become increasingly dedicated to stopping the air attack, Jackson’s ground-and-pound modus operandi will give him an advantage over his opponents for years to come.

What sets Jackson apart from his peers isn’t just his physical gifts; his effortless charisma and relentless work ethic make him exactly the type of leader that excels in the NFL. He mixes self-deprecation and humility with passion for his teammates and for football. His teammates recognize his genuineness and drive. In the moments before the most important game of Jackson’s life, a win-and-in matchup with the division rival Cleveland Browns, Ravens safety Eric Weddle had just a few words for his quarterback: “Lead us! Be you! Be you.”

This article would be incomplete without acknowledging that Jackson’s playing style may put him at increased risk for injuries compared to other NFL quarterbacks. As RGIII knows all too well, quarterbacks who largely depend on running the ball often take hits that players like Tom Brady and Joe Flacco simply wouldn’t. Over time, those extra hits could add up to form a serious threat to Jackson’s ability to direct an NFL offense.

That being said though, Lamar Jackson is in a situation that maximizes his chances of succeeding in the long term as an NFL quarterback. He is a perfect fit for an organization that holds loyalty and stability in high regard; he will be allowed room to make mistakes, and his growth will come back to reward those patient enough to stick with him. It’s still odd not to see Joe Flacco under center for the Ravens, but with Lamar Jackson in his place I can still be excited for the future. 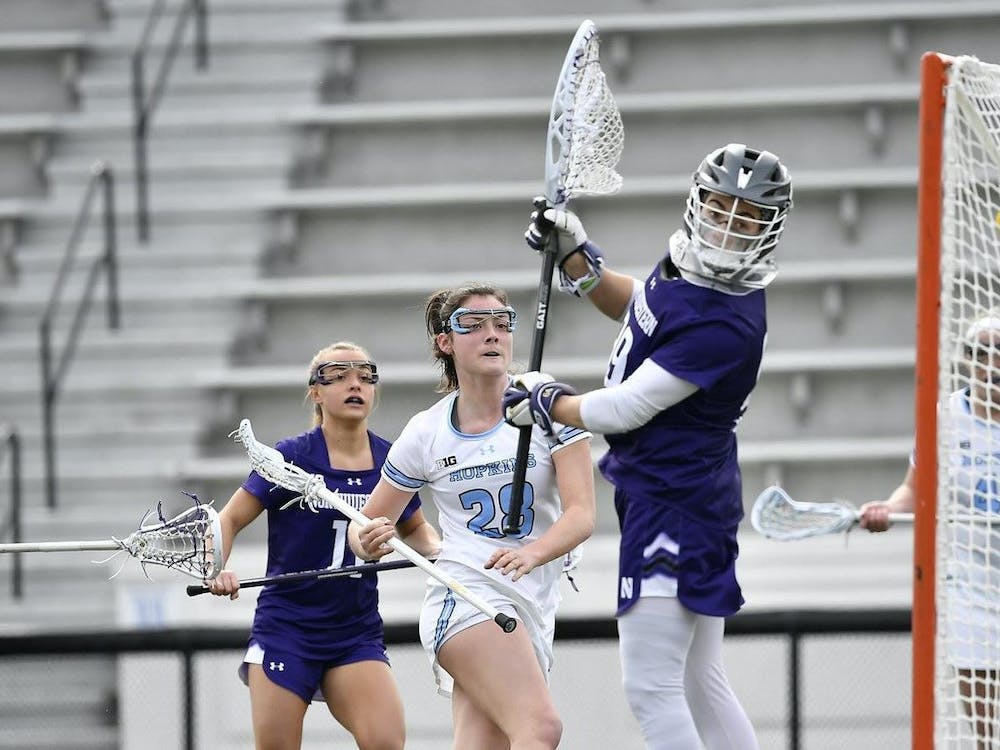