Your guide to getting around Baltimore

As a new member of the Blue Jay nest, it is important for you and your new friends to spread your wings and fly beyond Homewood Campus.

Apps, such as Uber and Lyft, are certainly viable options for transportation. But Hopkins and the city of Baltimore also provide a number of options that are 100 percent free of charge, allowing you to escape the Hopkins bubble while also being cost-effective.

However, these options will only be useful if you know which ones you can take to which destinations. Luckily for you, we have prepared a cheat sheet that will help you effectively navigate the City and its surrounding areas without breaking your bank account.

The JHMI is your best option if you are trying to get to Pennsylvania (Penn) Station, the Peabody Institute or the med campus: three places that are frequented by Hopkins students. The JHMI goes up N. Charles Street and back down St. Paul Street, while stopping at several convenient locations that are in close proximity to the Homewood Campus.

You likely already know about Peabody and the Hopkins Hospital, but in case you are unfamiliar with Penn Station, it is Baltimore’s primary train station and the hub from which you will board either Amtrak or MARC trains.

Amtrak trains are the most time-efficient way to travel between major cities in the Northeast, such as Philadelphia and New York.

MARC trains are a popular and inexpensive option for traveling to both Baltimore-Washington International Thurgood Marshall (BWI) Airport and Union Station in Washington, D.C. The costs to ride the MARC to these two locations are only $5 and $8, respectively.

The Blue Jay Shuttle serves as a form of night transportation for students traveling between locations that are near Homewood. The shuttle has designated routes, as well as an on-request Night Ride option.

After 5:30 p.m. students can request a shuttle to transport them between any two specific locations. If a shuttle is not available, fear not! A Lyft, free of charge, will be sent instead.

Keep in mind that the Blue Jay Shuttle primarily exists to provide students with a safe way to travel near Homewood at night, when they may otherwise feel uncomfortable walking on foot. If you are planning on requesting a shuttle, be sure that you are within the shuttle’s range, which only extends a few minutes past the confines of the campus.

To keep track of the schedules, stops and real-time locations of both the JHMI and the Blue Jay Shuttle, download the TransLoc Rider app. In order to order a Blue Jay Shuttle, use the aforementioned app or call (410) 516-8700. Other information is also available on jhu.edu, under Transportation Services.

The city of Baltimore operates a shuttle called the Charm City Circulator, which has four routes throughout the city — Green, Orange, Purple and Banner. The Circulator comes approximately every 15 minutes but you can track it using the NextBus or Transit apps to get a more exact time.

The Purple route is the only one that goes near the Homewood Campus. It stops on E. 33rd Street between N. Charles Street and St. Paul Street, right across from Charles Commons.

The Purple route will take you to a number of locations south of campus, including Penn Station, Mount Vernon, the Inner Harbor and Federal Hill. If you are already in downtown Baltimore, you can ride the Green or Orange routes to neighborhoods such as Fell’s Point and Little Italy.

Last but not least is the Collegetown Shuttle, which will take you to a number of other colleges in the area, such as Loyola University Maryland and Towson University, or to the Towson area, either to the Towson Place Shopping Center or the Towson Town Center.

There is no doubt that Hopkins will keep you busy with plenty of activities both inside and outside the classroom. However, Baltimore has so many areas beyond the Hopkins bubble that are just waiting to be explored.

With all of these free transportation options taking you just about anywhere you’d possibly want to go, cost should never stop you from experiencing everything that Charm City has to offer.

By GABRIEL LESSER | 2 days ago 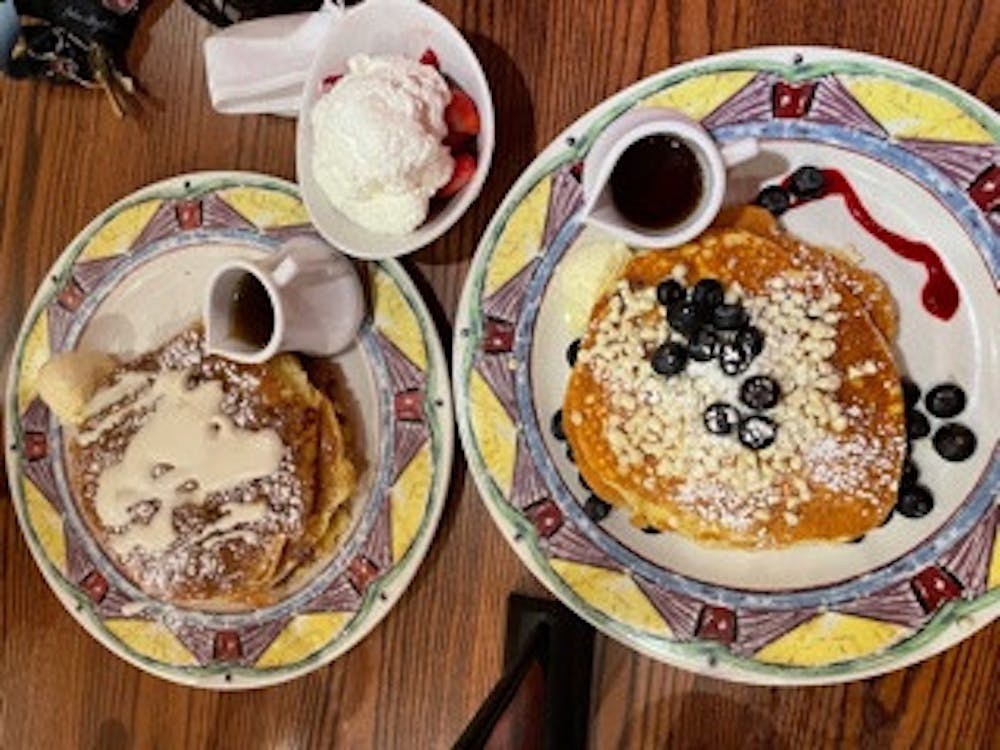 Miss Shirley’s Cafe proves to be worth the hype

By EUNICE PARK | 4 days ago