Hopkins should divest from all fossil fuels

At the end of the fall semester, our Board of Trustees finally released their decision on fossil fuel divestment. In an email to the Hopkins community, President Daniels lauded their decision to divest from companies that make more than 35 percent of their profits from coal, rather than follow the Public Interest Investment Advisory Committee (PIIAC)’s recommendations to divest from companies that profit from all types of fossil fuels.

Daniels spoke of how this decision “stakes an important position” and “underscored that the university shares responsibility for promoting environmental sustainability in the long run.” He compared the scope of this moment to that of divesting from South Africa’s apartheid state. He attempted to justify the decision by writing of financial obligations and turning attention to the University’s other sustainability accomplishments.

No matter how much the administration attempts to paint a rosy picture, what the Board of Trustees did was almost as bad as doing nothing at all. Coal is dangerous, and I’m glad that we’ve decided to divest. But as long as we stay invested in natural gas and oil companies, we’re still putting our money into institutions that are destroying our planet.

It’s insulting to say that we’ve done something on par with the divestment from the apartheid state in South Africa and claim it’s such an historic occasion. In reality, what Hopkins did was surrender to the status quo of investing in fossil fuels, with nothing but peanuts for the student activists who worked to try to help Hopkins make the world a better place.

It’s disappointing that the Board shied away from taking meaningful action. But what’s even worse is the disgust they showed, explicitly or not, for the input from the student body. We have a Board of Trustees concerned not with the wellbeing of the world around them but solely with the perceived wellbeing of our money.

Divesting from fossil fuel companies is undeniably worth more than whatever meager monetary gain we get from them. We’ve reached a point where it’s too late for any sort of middle ground. Sea levels are rising at a record rate, and coastal communities in the U.S. are already threatened.

According to the New York Times, the low point of carbon dioxide in the atmosphere has already exceeded 400 parts per million, which means we have passed the threshold at which the effects of climate change are already guaranteed to happen. It’s now guaranteed that the world will face refugee crises, flooding and natural disasters in the coming years. All we can do now is try to stop it from becoming worse. So why haven’t we?

Beyond the effects of fossil fuel companies on climate change, we have to consider how they impact the country in other ways. It’s a well known fact that both fracking and oil drilling are horrible for surrounding communities. Areas with fracking experience dangerously low levels of air quality that make people far more vulnerable to respiratory diseases, along with higher rates of cancer.

It is the duty of the American government to protect its people from these companies. So why haven’t they done so? The reason is that fossil fuel companies, partly funded by Hopkins, are using the money that we give them to influence our government. Fat checks from these companies make politicians turn the other cheek as their own citizens suffer from illness and death.

Everyday we remain invested in fossil fuels, we are complicit. Every dollar we invest leads in part to another child suffering from asthma for the rest of their life or a father dying of cancer or a family displaced by the effects of climate change. Every cent we continue to put into these companies makes us supporters of everything they put into funding fake studies that undermine our environmental regulations.

Isn’t it ironic that a research institution is funding companies that pay for fake research? The Board of Trustees has erred once, but they face a clear choice. Renege on their decision, divest from fossil fuels completely, and finally be on the right side of history. Or don’t, and continue to support sustainability in nothing but name. To me, and I hope to them, the choice is clear. 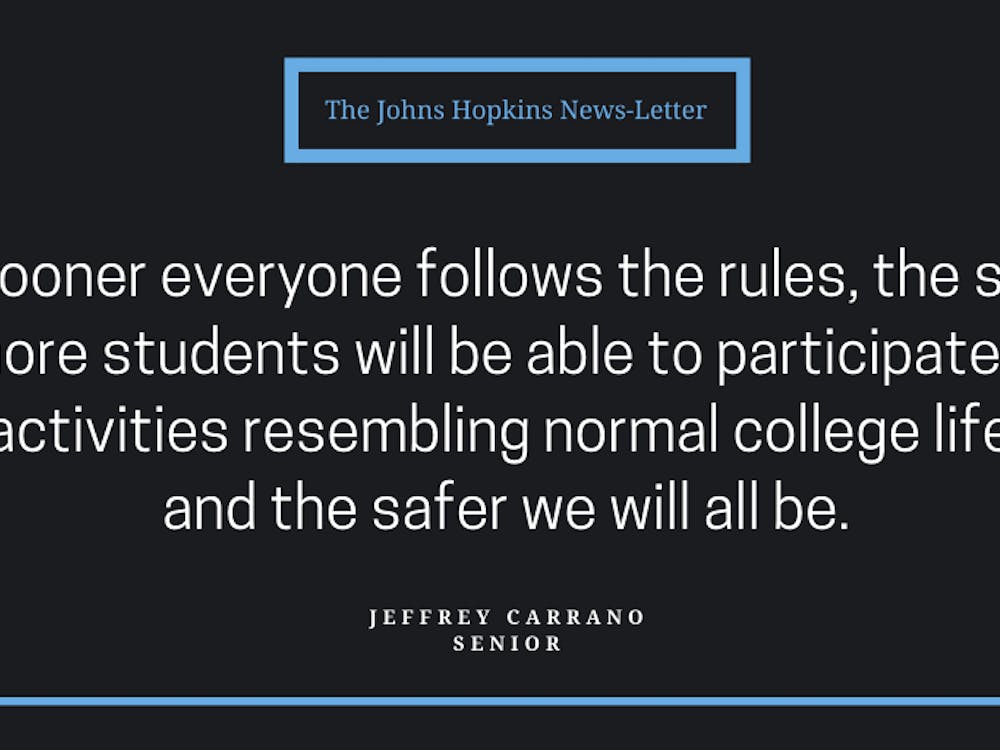 By JEFFREY CARRANO | 5 hours ago

By THE EDITORIAL BOARD | February 25, 2021
Comments powered by Disqus