Last year, I wrote about a wonderful artisan donut shop in Hampden named B. Doughnut. Just a few short months later, B. Doughnut is no more. According to a statement on their Facebook page, it was the commute that exhausted them.

The husband and wife team that owned B. Doughnut hailed from Virginia. They will continue to operate a location in Leesburg, Va., but the daily journey to Baltimore was too much.

As a lover of quality pastries, I was heartbroken to hear of B. Doughnut’s closure. Luckily for myself and other pastry fiends in the area, there’s a new kid on the block.

Opening in the exact same location as B. Doughnut, I hoped that Center Cut Doughnuts could fill the void in my heart and stomach that B. Doughnut’s untimely demise left.

To recap, B. Doughnut’s confections were perfectly balanced between rich and light, with a perfect hint of yeasty flavor. The doughssant, their interpretation of the legendary cronut, a portmanteau of “croissant” and “doughnut,” was to die for, with flaky, tender pastry enrobed in a crispy sweet doughnut skin.

Perhaps it should have been the first warning sign that Center Cut Doughnuts does not have doughssants on their menu. But I missed that sign and pressed onwards, hoping that it was an artistic choice.

Center Cut operates on the same artificial scarcity principle as B. Doughnut. They are only open in the morning and close when they run out, usually before noon. But you can never be sure; That’s all part of the allure.

I thought I could outsmart the artificial scarcity and called to inquire how many doughnuts were left one morning around at 11 a.m. The man who answered seemed somewhat confused by my question, but he said they had “about four dozen left but really no idea when they would sell out.”

With that kind of uncertainty, I rushed out the door, worried I might arrive a few minutes too late and completely miss out.

Center Cut’s decor is plain. Where B. Doughnut had a brightly decorated interior and professional menu, Center Cut’s interior is much more sparse and utilitarian. However, functionality of the space has not changed at all. There is no seating inside, and they sell nothing but doughnuts.

Unfortunately for Center Cut, the doughnuts do not live up to the hype. I purchased two pastries: a strawberry glazed doughnut and an almond marzipan. These purchases were made not by choice but by virtue of them being the only available flavors when I arrived at 11:30.

As for the almond, it suffered the same issues. Although I loved the flavor, there was only a light scattering of almonds on the top of the doughnut, and they were not enough to make for an interesting texture.

While these doughnuts were not bad, they were certainly not worth $2.50 apiece and do not hold up the high bar that B. Doughnut set.

That said, I did not have the opportunity to try their signature pastries, the browned butter frosted doughnut or the Challanut (a challah-plus-doughnut fritter). These both sound better than the flavors I ended up trying, so if I’m in the area I’ll probably give them another chance.

B. Doughnut served grade A doughnuts, but from here on in I’ll have to lower my expectations for Center Cut to a middling C. Better than Dunkin’ Donuts but nowhere near the level of other artisan doughnut shops. 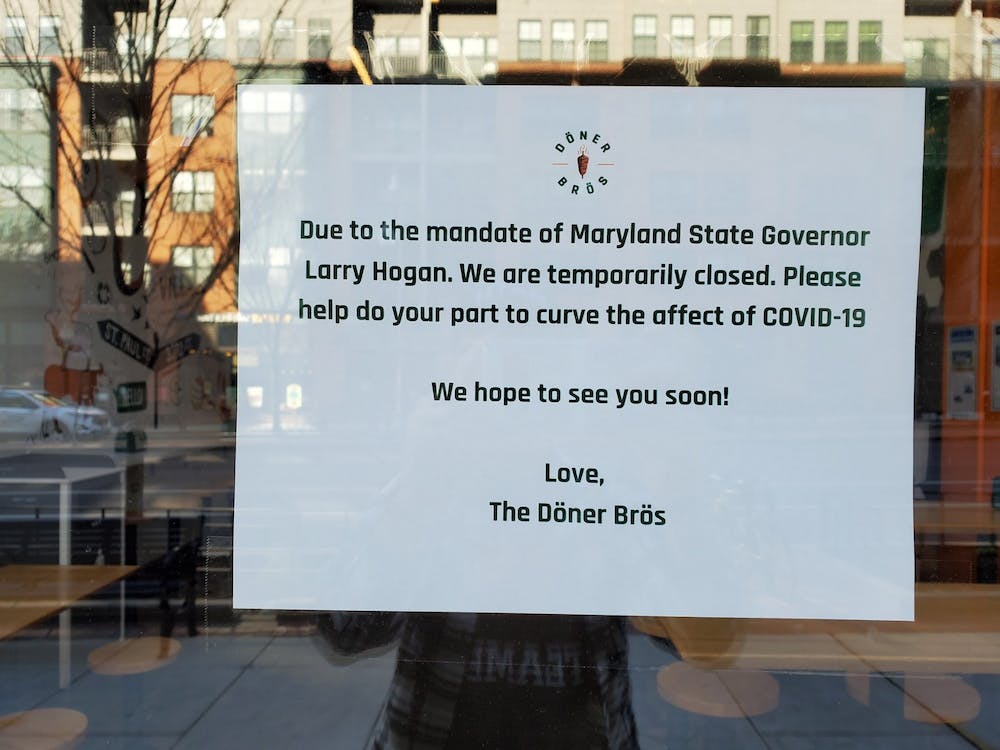 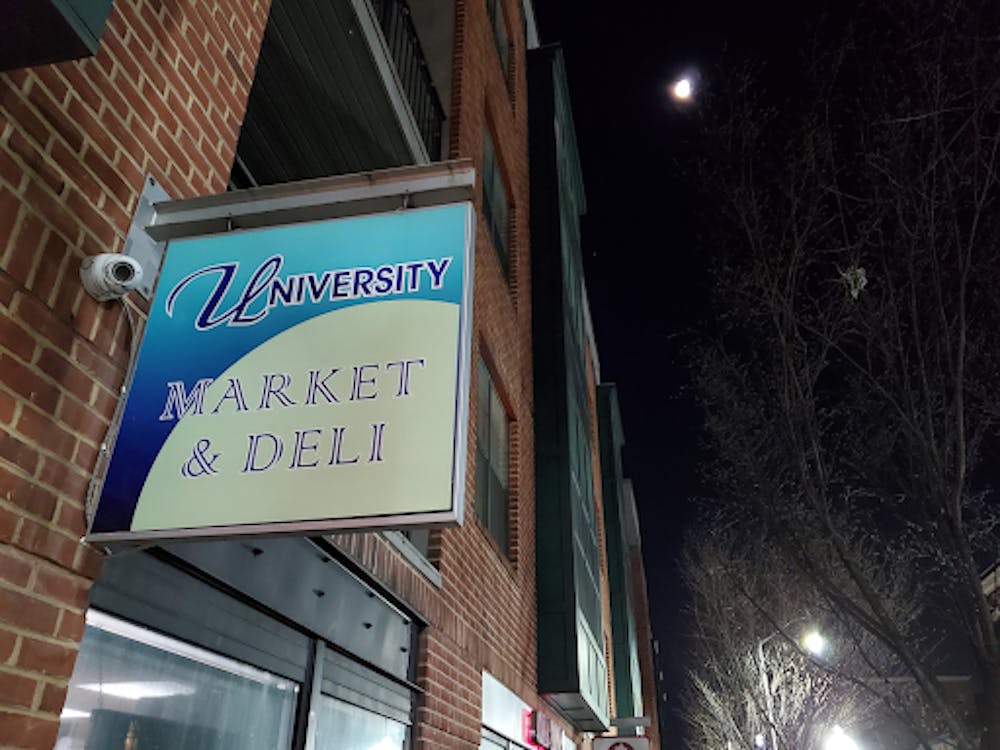 UniMini is a late-night staple for Hopkins students 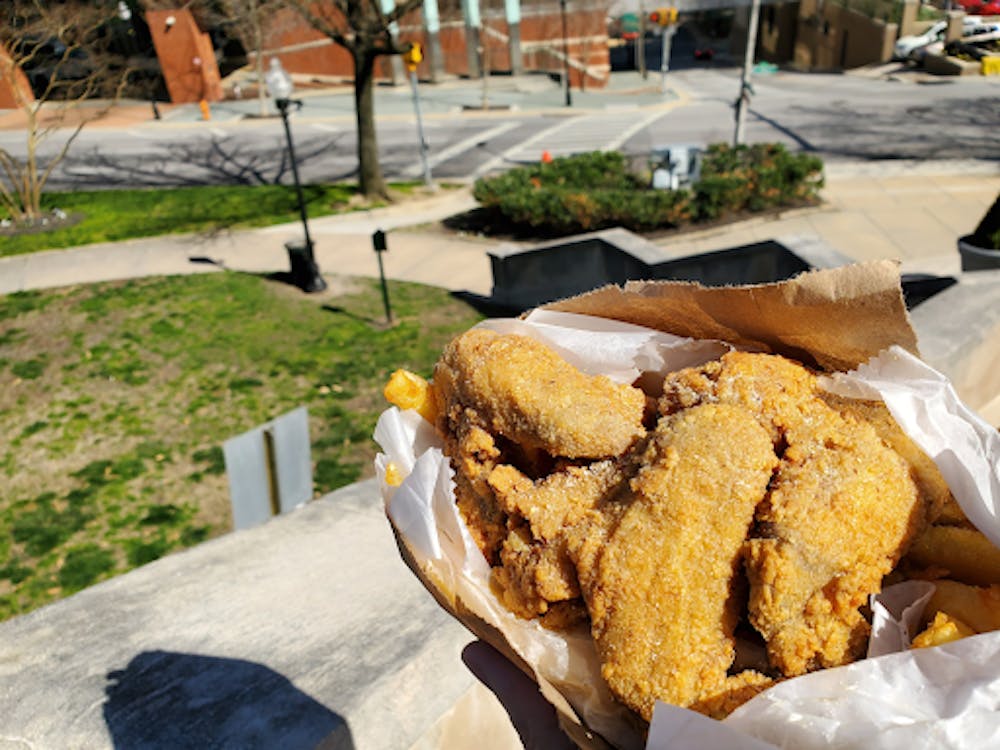 The chicken box is the ideal Baltimore indulgence