Day Donaldson/CC by 2.0 Leonardo DiCpario has garnered major praise and recognition worldwide for his performance in The Revenant.

If only the film weren’t colder than the weather; I mean that in the best way possible.

The Revenant, based loosely on the book of the same title by Michael Punke, is a historical survival action drama from director Alejandro Iñárritu, the director of the Academy Award winning film Birdman.

The film has garnered a fair bit of attention in the months leading up to its release, from its artful trailers, the casting of Leonardo DiCaprio and some of the allegedly controversial scenes and subject matter.

Despite so much buzz about the film, however, I had no idea what to expect going into the theater, aside from DiCaprio and bears. And while, yes, both of those are in the film, what I found in that theater was a truly beautiful, powerful and shockingly grim film highlighting the savagery not just in nature but in man as well.

The Revenant tells the story of Hugh Glass (DiCaprio), a trapper on the 1820s American frontier. As they travel in the northern part of the country under the employ of Captain Andrew Henry (Domhnall Gleeson), an attack by Arikara Native Americans leaves several members of the trapping party stranded. Among them are Glass, his half-Native American son Hawk (Forrest Goodluck) and John Fitzgerald (Tom Hardy), who hates Native Americans after nearly being scalped at their hands.

After an attack by a grizzly bear leaves Glass on the verge of death, the remaining members of the party are left to decide what to do with their fallen comrade: Stay with him or leave him behind. Yet even as tensions and tempers rise, the party cannot afford to ignore the dangers of staying with him, and with every breath he takes, Glass discovers the heavy price of fighting to survive.

Make no mistake about it: The Revenant is dark. Throughout its runtime, the film meticulously peels away increasingly horrific layers lurking just beneath the surface. The film’s antagonists are cruel and oppressive in the most detestable of fashions, and the film definitely pulls no punches when it comes to various characters behaving inhumanely. It delves into real conflicts, real prejudices and absolutely refuses to downplay anything. A fair warning to the wary: This film has absolutely no qualms about showing some of the cruelest pains people are capable of inflicting on one another, so be aware of that before electing to see the film.

All of this cruelty, hardship and desperation, however, really serves to highlight precisely what the film is about: survival. It is impossible not to rally behind Glass and his true allies. 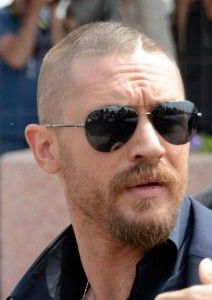 We desperately want nothing more than for them to make it through until the end of the film. While admittedly the film does change tracks roughly three-quarters of the way in, it does not change the fact that The Revenant does precisely what this kind of film ought to: It makes us want to see the characters live, above all else. And if they live, it makes us question just what it is they may do next. Beneath every action, within every character and pulsating in every moment is that simple, unfiltered desire to carry on. And every instance of kindness, decency and brightness in the world — despite the overall oppressive tone, there are a fair few — shines all the more beautifully because of it.

None of this would be possible without DiCaprio’s stellar performance as Hugh Glass, which deserves more than a small amount of praise. DiCaprio is relatively well-known for his method of acting and sheer dedication to the parts he plays. He is, after all, the actor who accidentally slashed himself with a knife on the set of Django Unchained and carried the mistake so well that it improved the scene immensely.

DeCaprio’s dedication is no less clear here, as he delves so deeply into his role that, despite his immediately recognizable face, it is difficult to tell where the actor ends and the character begins. Every wince of pain, every drop of blood, every desperate push onward is conveyed so viscerally that it’s difficult not to be captivated by the power of it all.

The Revenant, both dark and powerful, is absolutely one of the best films to come out of the last year. It is brutal, and it is unrelenting, but that by no means diminishes its potency.

DiCaprio’s performance is well worth the price of admission alone, and his character’s struggle is one that audiences will have no trouble getting behind. While certainly not for the squeamish, The Revenant is definitely well worth a look.

By RISHABH KUMAR | 6 days ago

By ANDREW SHIBUYA | 6 days ago

Melissa Lozada-Oliva’s Dreaming of You reimagines the ghost story