COURTESY OF JULIE CUI Groups such as the Yong Han Lion Dance club reached out to interested students in every corner of the fair.

On Friday Sept. 9, the annual Student Involvement Fair (SIF) was held at the Ralph S. O’Connor Recreation Center and featured over 300 clubs. SIF is an event for students looking to join new groups or learn about campus resources.

The organizations featured at the event spanned all aspects of student life, ranging from academic and research groups to cultural and advocacy/awareness groups. Groups handed out flyers and goodies as students signed up for mailing lists.

The event drew large crowds of undergraduates. Freshmen Sophie Black and Vickie Lee found many interesting groups and said the student group table guide which showed the location of each organization was helpful.

“We found a lot of things we’re interested in,” Black and Lee said. “There are so many people that you can’t even get through sometimes, but the guide [of groups and their tables] was definitely helpful.”

Another freshman, Lucy Massey, echoed what Black and Lee said.

“It’s good that they’re kind of grouped, that’s helpful in finding things,” Massey said. “I also think [that] the attitude of the people running it is great — not too aggressive, but definitely enthusiastic.”

Students at the SIF were seen consulting the color-coded map of group tables to find specific groups they were interested in. In the sports teams section, the enthusiasm was clear as members of the swim team chanted “Swimming!” in different intonations. Club Swinning  Vice President Haley Province said that she is looking forward to the upcoming year.

“We’re looking forward to really expanding the team this year,” Province said. “It’s nice to see so much interest today.”

Naomi Rodgers, a junior in the Circus Club, is looking forward to having new members join the group.

“This year is really exciting for us because our founder just graduated, so we’re looking to bring in new people and keep the club up and running even better,” Rodgers said.

A colorful lion was prowling the aisles, recruiting for the Yong Han Lion Dance Club.

Junior Brian Kim, who is a member of the club, enjoys the opportunity that the club gives him to explore both dancing and martial arts at once.

“I just came to dance, dance, dance,” Kim said. “It’s like a mix of martial arts and dance, and I really enjoy it.”

Sophomore Emma Lee reflected upon what how experiencing SIF differed as a freshman versus as a sophomore.

“As a freshman, this fair was really cool for finding clubs that I was interested in and even ones I didn’t even know existed at Hopkins,” Lee said. “And as a sophomore coming back, it’s a lot more like having a fun gathering of all the people in the club, encouraging new people to join.”

Over the next few weeks, many student groups will hold their first general meetings or begin the process of evaluating membership applications. A full list of student groups and their contact information can be found at johnshopkins.collegiatelink.net. 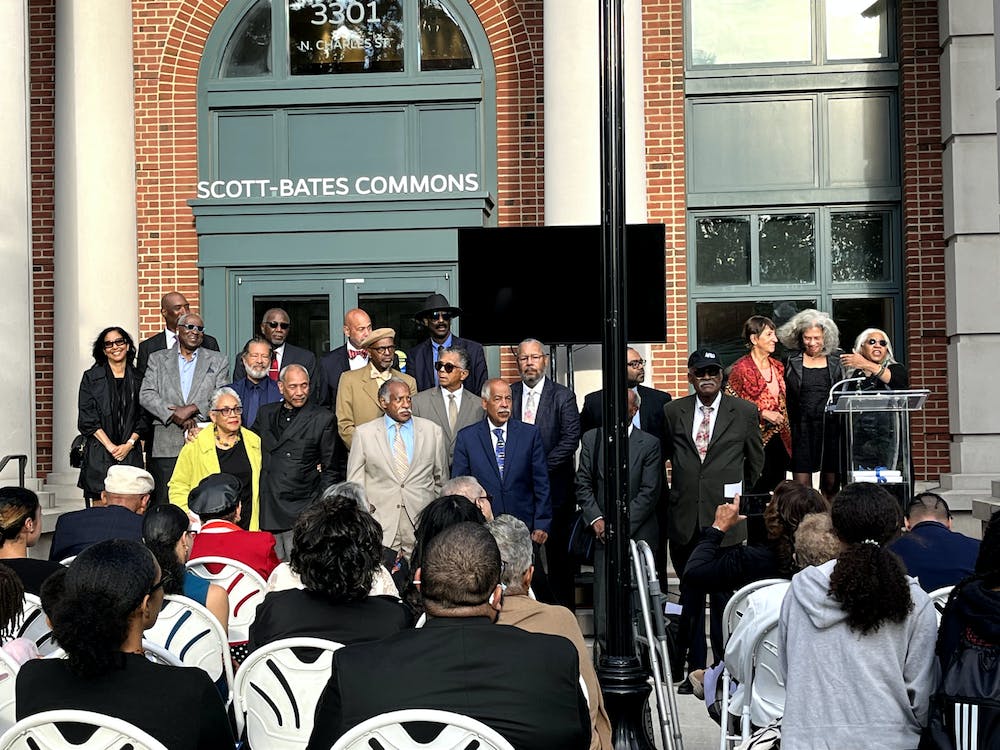 Students critique the changes to the University transportation services

By MOLLY GREEN | 4 days ago
Comments powered by Disqus