The representation of food on television

Bill Toenjes/CC BY-NC-ND 2.0 Lisa Simpson became vegetarian in an episode of The Simpsons.

Dr. Green: Why don’t I order everyone the Mandarin chicken?

Phoebe: Yeah well I don’t eat that either.

According to a list compiled by the Animal Liberation Front, Spock from Star Trek was the first vegetarian regular on an American television show. Star Trek first aired in 1966. For my part I was surprised and impressed that a character as famous as Spock was vegetarian as early as the 1960s. (On the other hand Spock is an alien...)

According to the same list, 13 American TV shows that began airing between 1951 and 1993 contained mentions of vegetarianism or veganism. Buffy the Vampire Slayer was apparently the first show to use the word “vegan.” From 1994 to 2000 there were 16 television shows containing mentions of vegetarianism or veganism, including The Simpsons. Fun fact: Paul McCartney guest-starred in the episode where Lisa Simpson becomes vegetarian on the condition that she stay vegetarian for the rest of the show! 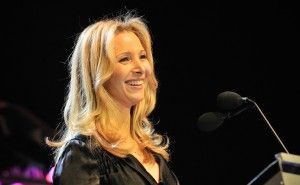 Some criticism that I’ve seen about popular vegetarian characters on television is that they tend to be the butt of a lot of jokes. Vegetarianism is portrayed as extreme and unusual. Using the example I’m most familiar with: Not only is Phoebe vegetarian but she also has a lot of bizarre quirks, like believing that a cat contains the spirit of her deceased mother. Her character is defined by her eccentricity and her vegetarianism is often lumped in with everything else “Phoebe.”

In my opinion vegetarian characters like Phoebe are harmless — they’re good for laughs, and that’s what television is for after all. Nevertheless the banal parts of being a vegetarian are sometimes the ones that resonate most with a vegetarian audience. I think those can help reduce the stigma around vegetarian and vegan eating choices. Having characters who are not defined intrinsically by their vegetarianism but who make visible vegetarian choices on a show drives home the point that anyone can be vegetarian and that food choices are mostly just one aspect of a complex life.

Another interesting thing I realized as I looked up vegetarian and vegan movie/television characters is that in many cases I don’t remember that aspect of their character even though I myself am vegan. Lexy from Jurassic Park, Ian Miller from My Big Fat Greek Wedding, Elle Woods from Legally Blonde and Candace from The Perks of Being a Wallflower are all examples of vegetarian or vegan characters from movies I’ve seen. While I enjoy the representation of vegetarian and vegan characters in movies, food choices aren’t usually what you remember about people, especially those with whom you never share meals!

Ultimately the media affects everyone’s perception, and a positive portrayal of vegans and vegetarians is something to look forward to as they become increasingly common in our culture. For now let’s just laugh with Phoebe.

Why Netflix’s Sex Education is so important

Giving myself space in a long term relationship

Looking back on the glass closet from the outside

Looking back on the glass closet from the outside

THE PUBLIC EDITOR: Making the most of Your Weekend in Baltimore (Hopkins bubble optional)

How will a new undergrad curriculum improve the student experience?